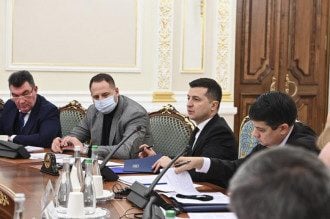 The words of the American president automatically make the Kremlin boss an outcast in world politics.

By labeling President Vladimir Putin a “killer,” President Joe Biden has not only expressed the views of the American elite, but has continued to fight back against former President Donald Trump, Biden’s sworn adversary who ardently defended Putin from American media and the Democrats.

At the same time, Biden’s “killer” comment has put Western leaders in a difficult position. From this point forward, cooperation with Putin automatically becomes cooperation with a war criminal who sends orders to kill and poison his political opponents, shoot down civilian planes and launch armed attacks on neighboring countries. Instantly, the intricate strategy of Western leaders to cooperate, reconcile and ease Putin’s aggressive policies has become banal international collaborationism.

In one easy but sharp political move, by identifying someone as friend or foe, Biden has involved all Western leaders. Now the wily political leaders of France and Germany must answer the simple question of how they perceive Putin: as a wise leader of mighty Russia or as a dangerous, bitter politician. Even a complacent China has not dared to side with Putin, urging Americans to adhere to diplomatic etiquette, and Turkish President Recep Tayyip Erdogan simply mocks Putin.

On the other hand, Biden’s incrimination of Putin directly affects Ukraine’s political leadership. As commander in chief of the Russian army, it was Putin who gave the criminal order to invade the territory of Ukraine and unleashed a war between two fraternal peoples, in which 15,000 Ukrainians died. He is personally responsible for the crash of Malaysia Airlines flight MH17.

That is why Washington is cautiously awaiting an adequate and timely response to the Biden-Putin conflict from Ukraine’s political leadership, led by President Volodymyr Zelenskiy, and from Ukrainian Parliament Chairman Dmytro Razumkov.

So far, Razumkov and Zelenskiy have pretended they are unconcerned about the personal conflict between Biden and Putin, which gives the U.S. State Department the right and reason to declare that the political and military conflict between Ukraine and Russia does not concern the United States much either.

And then these Ukrainian dodgers want to get Western financial aid, but do not want to fight the corruption in which the elite absorb this aid. Another, more recent example shows that while Zelenskiy and Razumkov publicly ask for military and political assistance from the European Union, NATO and the United States to fight Russian aggression, they are afraid to offend Putin with any harsh statements. They are ready to patiently repair windows and doors and clean the walls of the Ukrainian president’s office after mass protests, but they are not ready to think about the fate awaiting Ukraine in the escalating conflict between the United States and Russia.

Author Victor Nebozhenko is a political scientist and sociologist, and director of the sociological service Ukrainian Barometer.