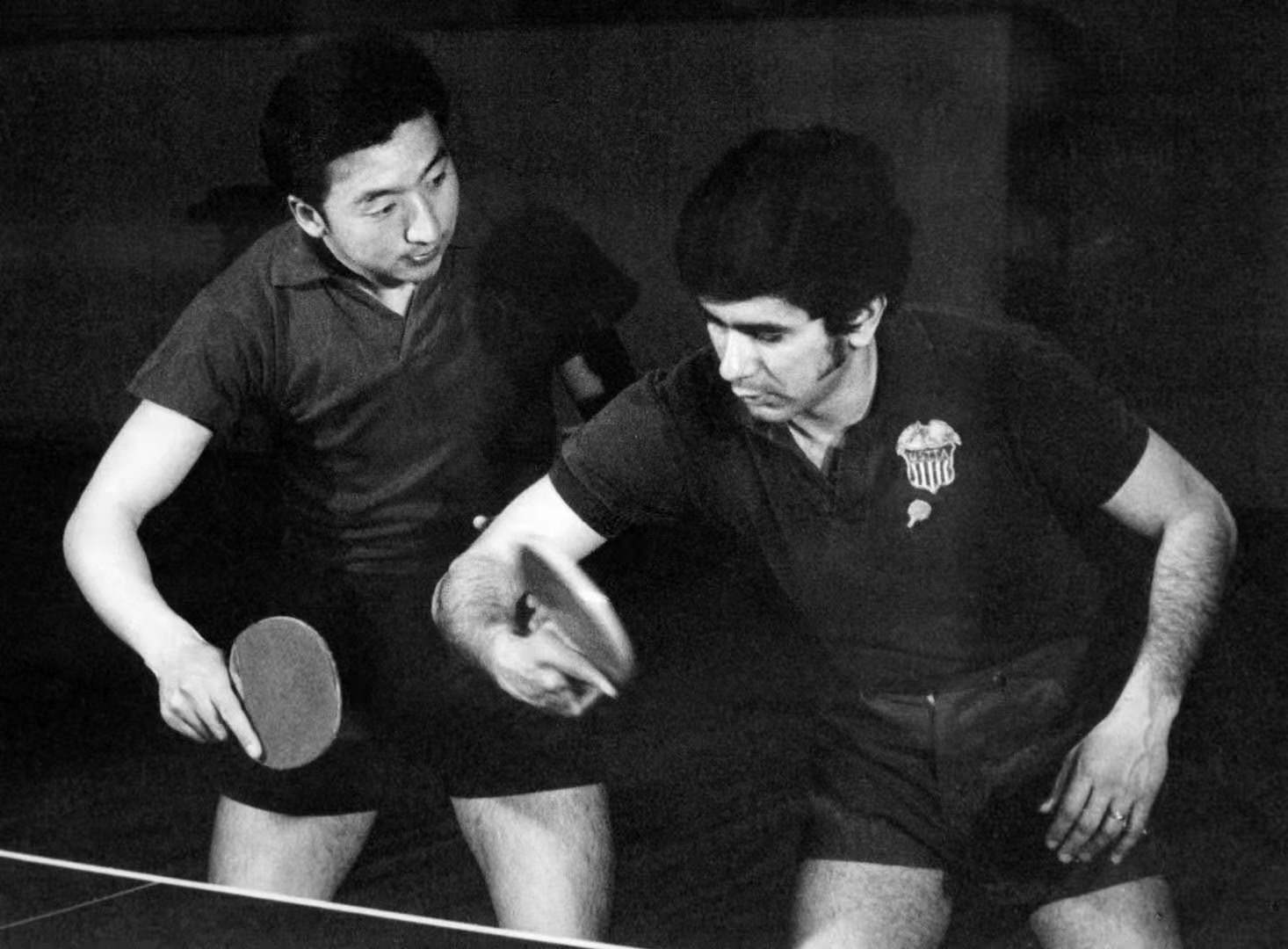 Fifty years ago, on April 10, 1971, a little pingpong ball launched the improvement and development of relations between the U.S. and China, and in turn, promoted positive developments within the global landscape. Today, U.S.-China relations are once again at a critical point, facing new opportunities and challenges. The world wants to push U.S.-China relations back onto a predictable and constructive course and build a model of peaceful coexistence and win-win cooperation between major powers.

Yet right now, the chairman of the U.S. Senate Committee on Foreign Relations, Democratic Sen. Bob Menendez, has introduced the “Strategic Competition Act of 2021” aimed at “countering Chinese influence” and demanding that the Joe Biden administration adopt a comprehensive policy of “strategic competition” with China. In contrast to the Biden administration’s previously stated “compete when it’s time to compete but cooperate when we can” strategy toward China, this new bill has raised concern and alarm on all sides.

Going against the Tide 50 Years Later: ‘Full-Scale Competition’ with China?

The 283-page draft bill, produced by a bipartisan group of both Democratic and Republican senators, concentrated on competition and rivalry between the U.S. and China in the coming decades. The bill:

• strengthens coordination and cooperation with allies in the field of arms control and calls for jointly facing China’s military modernization and expansion;

• focuses on confronting and fighting back against China’s “predatory economic behavior.”

This proposed bill was not considered by the Senate Foreign Relations Committee, but that has not affected the enthusiasm of anti-China forces in the West for it in the slightest.

Some Western media see it as yet another demonstration of the “bipartisan hard-line approach to China” in the United States. Some U.S. media have even exaggeratedly claimed that the bill “could formally raise the curtain on comprehensive strategic competition between the U.S. and China.”*

The U.S. government’s position is also quite intriguing. State Department spokesman Ned Price says that when developing any policy toward China, the State Department consults with Congress throughout the entire process. “We have spoken of competition with China as a defining challenge for this administration — that we will enjoy the greatest amount of success when we work hand-in-hand with Congress, and when our proposals find support on both sides of the aisle in Congress,” he said.

Continuation of US Strategy toward China under Trump

The bill was revised just as the Commerce Department announced the addition of seven Chinese supercomputer entities to the “Entity List.” Recently, when the Biden administration announced a total of more than $2 trillion in infrastructure projects, one of the main reasons for doing so was to win the global competition with China.

Zhang Tengjun, assistant research fellow in the Department of American Studies at the China Institute of International Studies, believes that a new draft of the “Strategic Competition Act” devised by certain U.S. senators is actually a continuation of the Donald Trump’s competitive strategy toward China. “The draft legislation is basically consistent with the current atmosphere in U.S. domestic relations with China. It signifies that even with Biden in office, the United States will continue its competition policy with China, and hopes to maintain a systematic policy of strategic competition. To some extent, this represents the bipartisan consensus on China in the United States,” Tengjun said.

In an article in the Global Asia quarterly journal, Singapore diplomat and scholar Kishore Mahbubani points out that the overwhelming consensus in Washington right now is that “even if he was wrong on everything else, Trump was right on China.” However, the reality is that Trump’s policy on China damaged the position of the United States without actually harming China. The articles stresses that “there is therefore real danger that the Biden administration will retain many elements of Trump’s policies toward China. If so, America is heading toward a disaster.”

Some astute observers in the United States note that the COVID-19 pandemic has already killed more than 570,000 people and continues to spread. Coupled with ongoing political division and racial tension, as well as crumbling infrastructure, that means the Biden administration will give priority to domestic issues.

Shen Yi, a professor at Fudan University’s School of International Relations and Public Affairs, believes that the context of the the U.S. Senate’s proposed draft law and the current political environment in the U.S. are extremely distorted, and that the conclusions drawn and the definition of the future relationship between China and the United States are completely wrong. “There is a very large question mark over whether any strategic awareness that is formed on such a basis as well as the goals to be protected and the means to be used can be made to fit today’s needs or meet the national interests of the United States,” the professor said.