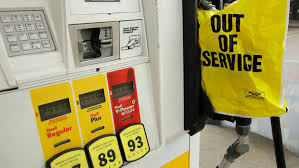 We have recently witnessed many cyberattacks in which we can assume countries like China and Russia are involved, according to Yavor Kolev, a cybersecurity expert, who spoke with Delyan Petrishki on “In Development.”

“For me, this attack is a typical terrorist act against the U.S. government,” Kolev said, about the hacker attack on the largest fuel pipeline in the United States.

“In Bulgaria in recent years, hundreds of private consumers and companies have been attacked with cryptoviruses for a ransom,” Kolev said.

“In this case, however, I cannot qualify it as such, as it is a cyberattack by enemy countries. This is of strategic importance, and it will generate a response from all law enforcement agencies, not only in the United States, but also from all countries in the bloc and the democratic community,” Kolev said.

“Unfortunately, these events are cross-border, they are carried out from the territory of many countries, and must be investigated with a strong international cooperation in order to establish there was an attack.”

According to Kolev, the perpetrators of this attack are supported by enemy governments and are not worried by disclosures about the incident.

“In the future, one of the main weapons of war will be cyberattacks, because they can bring about great consequences in a short amount of time. In this sense, necessary measures must be taken to ensure very serious protection of the entire infrastructure of each country,” he added.

“International norms must be introduced and observed by all countries. First of all, we must have serious legislation that allows for an appropriate response to violations of the rights of one or another state,” Kolev said.