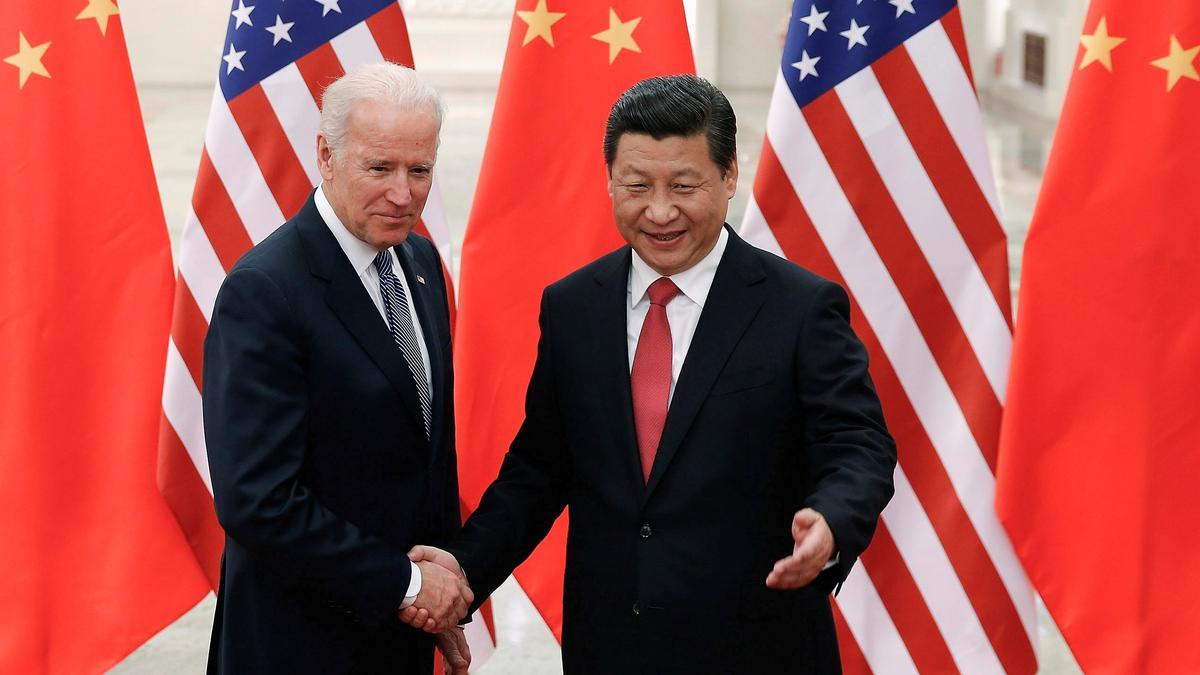 Washington cannot forgive China for wanting to become the leading technological power and has orchestrated an entire campaign against Xi Jinping’s government.

Joe Biden’s policy toward China has changed very little or not at all with respect to Donald Trump’s. The United States views the Middle Kingdom as the greatest foreign policy challenge in its history, and seeks to unite “democracies in the 21st century” against autocracies. In this time of treacherous political clashes, the challenge that is China remains undaunted and accuses Washington of encouraging a new cold war and splitting the world into blocs. The threat of a coalition led by the U.S. in order to halt China’s progress has only strengthened Beijing’s aspirations of becoming the world leader of the new international order.

Although history hardly ever repeats itself and there are few similarities between the former Soviet Union and China, during the last few years, the incompatibility between Washington and Beijing’s political systems has become apparent. This has unleashed a vicious struggle reminiscent of the one that lasted more than four decades between the U.S. and the U.S.S.R. Henry Kissinger — the hawk who, with his secret trip to Beijing in 1971, managed to consolidate the Communist schism that opened after Stalin’s death — contends that this new Cold War “is infinitely more dangerous now than it was then” due to China’s huge importance. The Soviet Union’s economy only reached 40% of that of the U.S. at most, while China’s economy has surpassed that of the U.S. in terms of purchasing power parity, and is expected to surpass the U.S. in terms of constant dollar value within this decade.

So far, Biden has only spoken to Xi on the phone once. According to the White House, he expressed his “fundamental concerns” for Beijing’s “coercive and unfair” practices, the crackdown in Hong Kong and “human rights abuses in Xinjiang,” where Muslim-minority Uighurs live, those whom China insists on ideologizing. Moreover, the heads of diplomacy from both countries and other high-level officials met in Alaska in a “public display of contention,” as some of the attendees described it.

Since he won the election, Biden has tried to form an anti-China alliance. His greatest success was the joint announcement from the U.S., Canada, Great Britain and the European Union that they would impose sanctions on several Chinese officials in Xinjiang. This slap in the face to Beijing was a masterstroke that has dilapidated the incipient strategic autonomy of the EU. The first thing China did was retaliate against four Euro MPs, and the European Parliament voted overwhelmingly in favor of freezing the process for ratifying the EU-China Agreement on Investment, signed last December after seven years of negotiations, halting it until those sanctions are lifted. Biden — who wanted to prevent that agreement from being signed even before arriving in the White House — has scored a point.

Washington cannot forgive China for wanting to become the leading power in technology and has orchestrated an entire campaign against the governing Communist Party and its practices. With it, the U.S. intends to boost the decoupling of their economies — which are very intertwined — regain control over the big supply chains and halt Chinese growth by cutting off access to essential components, such as microchips.

The alliance that is gaining strength is the one known as the Quad (Quadrilateral), comprising India, Japan, Australia and the U.S.; it is a NATO for the Pacific of sorts. Last November, they conducted the first joint military exercises in the Bay of Bengal. Formed in 2007, the Quad nodded off so as not to offend China, but Trump revitalized it.

Beijing is attempting to prevent the formation of agreements against it; to this end, Xi offered the new Biden administration a chance to cast aside the clashes and misunderstandings of the past and reset cooperation that is broad and honest. The consequence of this failure has been twofold. On the one hand, the strengthening of relations with Russia at all levels, including the space-related one, in which they have agreed to work together in a lunar research station. On the other hand, the supply of additional tens of millions of dollars for innovation to try to remedy their vulnerabilities and prepare for decoupling.

Without naming names, Xi stated in the Davos Economic Forum that “to reject, threaten or intimidate others, to willfully impose decoupling, supply disruptions or sanctions, and to create isolation or estrangement will only push the world into division and even confrontation.”

Highlighting the evils of the opposite system does not help to establish a constructive relationship. The formula to prevent a catastrophe involves avoiding unnecessary challenges and fostering cooperation.