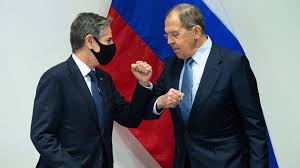 The last presidential election campaign in the United States demonstrated big differences the Republican and Democratic approaches to issues. The very limited number of matters on which both parties seemed to agree mostly concerned foreign policy with respect to Europe and Russia. Donald Trump’s administration, which promoted “America First,” demanded an increase in NATO contributions from its European members and insisted on imposing sanctions against Russia. While there was overall consensus on the scope of the targeted sanctions against Russia, sanctions against certain sectors of the Russian economy proved to be a much more complicated endeavor.

Europe has been importing Russian gas for a long time. If Nord Stream 1 and Nord Stream 2 are banned, there will be no immediate cheap alternative. To be clear, there is a great deal of gas on the market, but it is more expensive than gas coming from Russia. Germany, the main importer from Russia, is keenly aware of price differences, especially since it has recently decided to shut down its nuclear and brown coal-fired plants. Nevertheless, one should not forget that Europe is increasing its imports from countries other than Russia. Among those exporting gas to Europe are Azerbaijan, Turkmenistan and Iran. About two dozen other countries, including the U.S., are exporting liquefied natural gas, which is getting cheaper.

In his presidential campaign, Joe Biden promised to turn his attention to Europe, yet how can he go through with sanctions that hurt not only Russia but Germany as well? His first effort in dealing with Europe was to waive sanctions against Nord Stream AG and its CEO, Matthias Warnig. Even though foreign policy is a priority for Biden, he will not be able to lift sanctions against Russia completely since this decision is the prerogative of the Senate. There is no consensus on this issue yet. Biden was severely criticized by both Republican and Democratic senators.

New Jersey Democratic Sen. Bob Menendez, chairman of the United States Senate Committee on Foreign Relations, said, “I am opposed to the decision by the Biden administration to waive sanctions on NS2 AG and Matthias Warnig. I urge the administration to rip off the Band-Aid, lift these waivers and move forward with the congressionally mandated sanctions. The administration has said that the pipeline is a bad idea and that it is a Russian malign influence project. I share that sentiment, but fail to see how today’s decision will advance U.S. efforts to counter Russian aggression in Europe.

“If the administration maintains these waivers, I have several questions. First, what does the administration now expect from Germany after having made this significant concession to exercise the waiver? Will Berlin strengthen its support for Ukraine in the Normandy Format? Will it provide additional assistance to Kyiv in its struggle against Russian aggression? Also, what will the administration do to bolster our relationship with Ukraine?

“This decision has created uncertainty in many corners of Europe and I expect to hear very soon from the administration on its plans moving forward. I believe President Biden should do everything possible to accomplish what the Trump administration failed to do for four years: stop the completion of the Nord Stream 2 pipeline for good.”

After the Biden administration announced waiving sanctions on Russia’s Nord Stream pipeline, Florida Republican Sen. Marco Rubio weighed in. A report was released two days after U.S. Secretary of State Antony Blinken stated he would make it very clear to Russian Foreign Minister Sergei Lavrov that the current U.S. administration considers Nord Stream 2 to be “a Russian strategic project that undermines European security, European energy security.” In response, Rubio asserted, “If true, President Biden just delivered a huge victory to Vladimir Putin, who will now have a stranglehold over Europe’s natural gas supplies … Then-candidate Biden promised to be tough on Russia, but it is increasingly clear that was just campaign rhetoric. There is absolutely no excuse for giving Putin more leverage over our allies and partners, including Ukraine. It is dangerous, naïve, deceitful, and weak.”

Rubio serves as vice chairman of the Select Committee on Intelligence and is the ranking member on the Foreign Relations subcommittee.

Lifting sanctions on Russia does not seem feasible without solving problems in Ukraine, especially dealing with Russia’s military campaign in Donbas. Technically, it is possible to complete the Nord Stream 2 project. It will be possible to launch this mutual project if the Russian government is going to cover insurance costs, which are significant, without relying on international companies. Yet, even under these circumstances, sanctions are not going anywhere and might be expanded in the future.

I would not consider the administration’s decision to waive sanctions against Nord Stream 2 as a sign of weakness. It looks more like common sense, political pragmatism and a respectful position with respect to America’s European counterparts.

Biden has just opened the window of opportunity a crack, but in politics, it takes two to tango.

About Iana Shchetinskaia 54 Articles
Iana Shchetinskaia studies History with a focus on U.S.-Russian relations. She teaches at a university and a language school in Moscow, Russia. She holds a Master of International Studies degree from North Carolina State University where she studied on a Fulbright scholarship. She is passionate about promoting mutual understanding among countries and communities and considers it a privilege to be a part of WatchingAmerica.