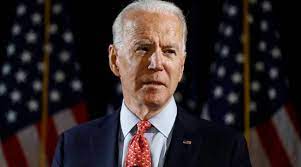 In five days, Joe Biden concluded a trans-Atlantic reunion and imposed China as a central topic of discussion with his various partners. It is a good start for the American president after the tumultuous Trump years. But it is only a start.

Diplomacy is back. After five days of a series of summits — the Group of Seven in Carbis Bay in Great Britain from June 11-13, followed by NATO in Brussels on June 14, then a meeting with the European Union on June 15 — Biden has concluded the trans-Atlantic reunion. He was bolstered by them as he met with Russian President Vladimir Putin on Wednesday, June 16 in Geneva. Short of entirely erasing the disastrous term of Donald Trump, these meetings, and the numerous bilateral discussions that accompanied them, have at least allowed for a reforging of the unity of Western democracies around common interests.

The American president reserved his first foreign trip for Europe, and for good measure after having hosted two Asian leaders in Washington: Japanese Prime Minister Yoshihide Suga and South Korean President Moon Jae-in. The same concern fuels the drive of the White House to renew ties with traditional allies of the United States, whether they are in Asia or Europe, and that is countering the assertion of China as a rival power and hoping to do so as a bloc.

Friendly and attentive to his European colleagues, avoiding irritating catchphrases at press conferences, willing to reengage a constructive dialogue on climate matters, commerce and international tax law, Biden spared no pains in his efforts to show that he wanted to turn the page on the Trump era. But, in addition to the fact that the doctrine from his team on the manner by which Europe and the United States must band together against new strategic challenges has not yet been fully developed, more time will be needed, as well as concrete action, for the Democratic president to convince the Europeans that this positive approach is sound. American democracy has revealed its fragility, and its allies remain scalded by the damage caused by the Trump presidency.

The accord that took place Tuesday between the European Union and the United States on subsidies in the aerospace sector, bringing to an end a 17-year bone of contention between Boeing and Airbus and allowing for an end to American trade sanctions, is a good start. But it also shows the limits of trans-Atlantic reconciliation; it is merely a truce, and tariffs are only suspended for five years.

On major international issues, this tour allowed for the differences in sensitivity between Washington and the Europeans to be clarified, if not overcome. The ability to expose them without drama is indisputable progress. It is regrettable, however, that the constructive atmosphere of the G-7 did not flow into other initiatives of heightened urgency, like the fight against climate change or global access to the COVID-19 vaccine.

At NATO, Biden succeeded at pressing an in-depth discussion on China, now called a “systematic challenge” for the Atlantic Alliance. Here, again, it is only a start. The discrepancies between the Americans and the Europeans on the strategy to adopt in the face of Chinese defiance, and on the eventual role of NATO, are real, as French President Emmanuel Macron has reminded us. It is now up to the White House to integrate European concerns in the development of its foreign policy if it is counting on their cooperation. And it is up to the Europeans to hold a united and coherent line.