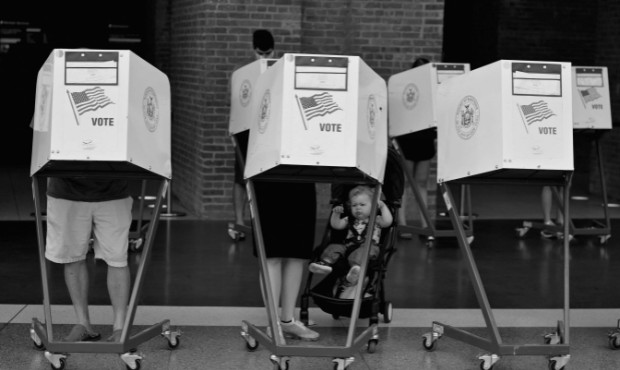 New York City’s next mayor is likely to be a Democrat. The question is who. Thirteen candidates competed in the primary election on June 22. Eric Adams leads with 31.7% of the vote.** However, due to the new election system adopted, no one is sure whether voting in order of preference will actually take place.

Under the new ranked voting method, similar to the system used in San Francisco, Maine and countries like Australia, the voter may select up to five candidates in order of preference. If no candidate gets more than 50% of the total vote, the person who comes in last on the list is eliminated, and their votes are distributed among the voters’ second choices. If the 50% threshold is not reached, then the person running next to last is eliminated and their votes are again redistributed among the remaining candidates. This process is repeated until someone reaches 50%.

Why have New Yorkers decided to adopt such a difficult system, which not only makes voting more complicated, but also delays the results? Wouldn’t it be simpler to elect Adams with a majority of votes, or subject him to a second round against Maya Wiley, second runner-up at 22.3%? Advocates of preferential voting do not agree. It is said that this method removes the greatest issue of contemporary politics: polarization. They also claim that it inhibits the trap of tactical voting, makes room for more diverse candidacies and prevents “adventurer” candidates from succeeding.

University of San Francisco political scientist Jason McDaniel says the effect on polarization is also controversial, as a plethora of options encourages voting based on stereotypes. In a survey of several cities, he found that the system reduces voter turnout by up to 5%.

The problem of choosing the fairest method of election is an old one. Writer Lewis Carroll even published an essay on the subject. The philosopher Nicolas de Condorcet demonstrated that not every preferential vote has a winner, as there can be a circular result. (Candidate A is preferred to B; B to C; C to A.) Decision criteria such as eliminating last place candidates (used in New York) or assigning points to candidates necessarily have a cost. In his first published result, Kenneth Arrow, winner of the Nobel Memorial Price in Economic Sciences, demonstrated that it is impossible to have an election method that will respect the will of the majority, point to a clear winner and avoid the trap of a tactical vote.

In New York, they complicated the voter’s life for an uncertain benefit. That is why, in Brazil, we need to be careful with proposals that circulate in the legislature, such as a requirement for paper ballots or the political meandering of a single non-transferrable vote and party alliances. Arrow proved that there is no perfect election system. But the New York case shows that it can always get worse.

**Editor’s note: On July 6, Eric Adams was declared the winner of the Democratic primary in the New York City mayoral race.