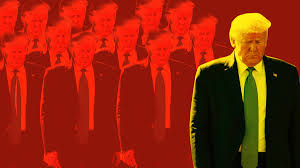 The United States is preparing for an overwhelming avalanche of books on Donald Trump’s presidency, particularly his last year in office and the November 2020 election. Regardless of what kind of books they will be, they will act as a framework and fuel for Trump’s sought-after return to politics.

There are at least 17 books in the making with the collaboration of Trump himself who, according to Axios, “has given at least 22 interviews” to their authors, although it’s known that he declined reporter Bob Woodward, who’s also preparing his own volume.

Among the most anticipated works is one that will appear at the beginning of 2022 written by Jared Kushner, Trump’s son-in-law, who also acted as a special political adviser and who is known to have influenced some of the former president’s most controversial decisions.

Curiosity is also brewing as to what former Vice President Mike Pence, who was criticized by Trump and his supporters for not repeating claims that the 2020 election was a fraud, will say.

At the same time, books currently in the works can be considered as much a sign of American interest in the former president and possible 2024 presidential candidate, as a reflection of the fierce curiosity about a period consumed by political debate and a failed government response in the face of a pandemic.

One of the first books to appear, “Nightmare Scenario: Inside the Trump Administration’s Response to the Pandemic That Changed History,” by Washington Post journalists Yasmeen Abutaleb and Damian Paletta, describes what their own newspaper considered a “dysfunctional response” to the unfolding pandemic.

The book, based on more than 180 interviews, including former White House officials and government health care leaders, portrays power struggles over the COVID-19 task force, disputes that hampered cooperation, and the enormous efforts made to prevent Trump from acting on his “worse instincts.”

According to reports, at the start of the pandemic, the president even proposed that American tourists who returned ill to the country should be sent to Guantanamo Bay.

The Post obtained a copy of the book, which is to be published June 29. In fact, it will be the first on a list that features “Landslide: The Final Days of the Trump Presidency” by Michael Wolff, coming out July 27, and “I Alone Can Fix It: Trump’s Catastrophic Final Year” by Carol Leonnig and Philip Rucker.

According to political analysts, each book is expected to contain some kind of revelation, which, whether negative or positive, will help keep Trump’s image before the public.

For some, Trump is starting to pave the way to a political comeback that could even include a presidential bid in 2024.