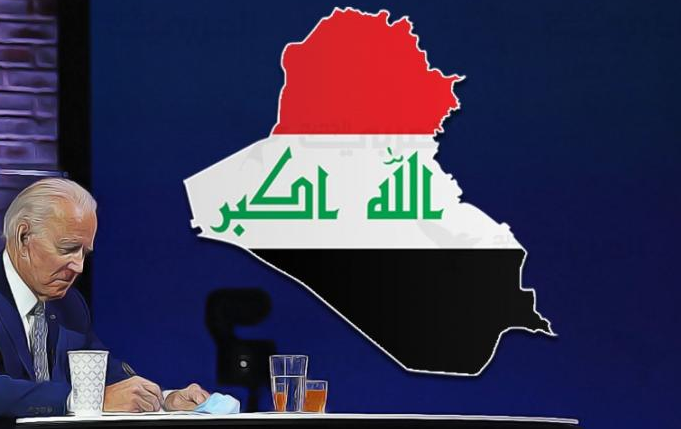 The American withdrawal from Afghanistan is more like an American earthquake, not only in Afghanistan, but inside the United States. The withdrawal has shown the ugly face of created chaos, the drama of which continues to unfold. Despite unprecedented success in and around Kabul airport, President Joe Biden could not convincingly justify the situation to Congress. Former President Donald Trump called the withdrawal “…the greatest embarrassment… in the history of (America).” President George W. Bush called the withdrawal “a mistake,” and said that “the consequences are going to be unbelievably bad.” Analysts say the withdrawal will give rise to a nation of terrorism in a country that borders American interests in the region.

What happened in Afghanistan has caused real fear among the Persian Gulf states and American allies; not fear of the Taliban, but of the Biden administration, which let its Afghan allies down and will let its allies in the region down, particularly in the Persian Gulf. But the greatest fear is that the U.S. will withdraw from Iraq.

All indications are that the Biden administration intends to withdraw completely from Iraq after the end of the next parliamentary elections in October. In view of the pressure exerted on Prime Minister Mustafa Al-Kadhimi’s government by the parties in power and state factions in Baghdad, as well as by Iran, to accelerate the departure of Americans from Iraq, the prospect that Iraq could turn into Afghanistan may accelerate. There are big crises and challenges in Iraq. It cannot handle further collapse nor face a civil war instigated by Iran.

Since Iran is the biggest winner in Afghanistan, and because it considers Biden’s decision to withdraw a defeat for America and a victory for Iran, it wants to achieve another “victory” in Iraq with the anticipated pull-out of American troops. All of the national forces, in addition to the Sunni constituency and the Kurds, oppose American withdrawal from Iraq, and they did not vote for withdrawal in the parliament. Today, Iraq is dealing with the challenges of the elections and the difficult situation they are causing. The Sadrist Movement, the socialists, and the Al-Mutlaq and Ayad Allawi bloc all withdrew from the elections in the end and demanded they be delayed until next April, while state-backed parties, the Rule of Law Coalition, the Fatah Alliance, various factions, the Popular Mobilization Forces and Al-Kadhimi insisted they be held on schedule. The is a great division of opinion, so if the elections take place, they will be completely forged and represent only one part of Iraq’s voters.

Since unregulated weapons are what run things and wins seats in the parliament, if the elections are postponed, there is a real possibility that Iraq will see Shiite vs. Shiite and Sunni vs. Shiite wars. The fact that Americans remain in Iraq for the time being is what keeps Iraq out of the civil war game. The parties, militias and factions of the state oppose the continued presence of Americans in Iraq. The question now, from the streets of Iraq to the Biden administration, is whether America will pull another Afghanistan in Iraq. Is it in American interests to repeat its historic mistake and defeat in Afghanistan, drive America’s reputation to rock bottom and be judged a disgrace and incompetent for leaving its allies to an unknown fate? Will the United States leave Iraq to wallow in blood, to face its crises, its civil wars, its political failures, the struggles of its parties to hold elections? Will the United States allow unregulated weapons and militias that operate illegally to continue, and in doing so decide Iraq’s fate?

Since America let the Taliban control the fate of their allies, we believe that the Biden administration will consider its experience in Afghanistan to be a disgrace that it does not plan to repeat in Iraq. This is because Iraq’s geopolitical position does not allow America to leave and sacrifice Iraq to Iran. It considers Iraq the golden card that Tehran played in negotiations at the Vienna Conference. At the same time, Iran bet on Iraq as its ace in hand, a Joker of sorts – in Vienna. It is not in the Biden administration’s interest to be careless in Iraq. This is why the United States wants elections to proceed as scheduled, to eliminate the risks to its presence in Iraq which could stymie its objectives. This is why the United States strongly supports Al-Kadhimi, and why Al-Kadhimi insists on holding elections, as it relies on unlimited U.S. and international support for holding fair elections under the supervision of the U.N. and its Security Council.

Therefore, it is not in America’s interest to make another Afghanistan out of Iraq, nor is it in the interest of Iraqi people, who hate sectarian parties and the successive governments that have brought Iraq to its lowest depths, the people who brought failure to Iraq, and who were responsible for the formation of the barbaric Islamic State group, as well as the rotting corruption among authorities. Political analysis suggests, and many believe, that elections in Iraq are a kind of fantasy and political suicide in the face of this political failure and unprecedented spread of unregulated weapons, something which constitutes a shortcoming for Al-Kadhimi’s government which seems unable to eliminate, or even neutralize or control its decline. Iraq may descend into an abyss from which there is no escape. Perhaps the situation will become like that of the Houthis, a situation which is closer to reality than an Afghanistan-like scenario in Iraq because the two countries are different with respect to unregulated weapons, which play a role throughout the state and its sensitive posts, as well as in political decisions.

So we are facing many scenarios, all of which may lead Iraq into the unknown, as the people have not decided on a path, and are preparing themselves for the stage after the expected American withdrawal, a withdrawal that the state factions insist upon in order to be self-reliant on national forces to fight against whomever wishes to drag Iraq back into the abyss of civil war and turn Iraq into what we are seeing now in Afghanistan. We will stop these forces and eliminate them. Yes, we as a people fear a Kabul scenario.

Because we do not trust America and its failed administrations, and we do not trust the parties that are in power who want to swallow Iraq’s wealth and flee to neighboring countries and the burrows they emerged from before the American invasion after having stolen Iraq’s money. Yes, President Biden’s administration failed and betrayed the people of Afghanistan when he handed them over to America’s sworn enemy, the Taliban. Just as President Barack Obama gave the people of Iraq over to Iran and its militias and state factions. The United States created the barbaric Islamic State which treated Iraqis so cruelly. America does not care about the aftermath of its invasion or about the people it claimed to serve. It abandons them and gives them over to their enemy once its interests are realized.

America created a false, flimsy democracy in Iraq, wrote a sectarian constitution with nonsensical limits, created an army, and then armed and trained it. The army they made, however, is corrupt, unprincipled and built on sectarian quotas. The U.S. fled when faced with a small contingent of Islamic State fighters, abandoning heavy weapons, tanks, planes and weapons stores, just as American troops left the Afghan army and handed them over to the Taliban. The reason is that the armies were not built on nationalism and were instead put together based on ethnicity and tribal background. The result of this was catastrophic, in my view, and despite all of the great lessons Biden learned in Afghanistan, he will give Iraq to Iran in the end as part of a dirty deal made in Vienna to revive the Iranian nuclear agreement. Biden will make another Afghanistan out of Iraq. America will not neglect its strategic interests for the sake of the people it claims to serve. Recent American history in Vietnam and Kabul confirms this and disproves the alternative. Iraq is about to become another Afghanistan, as all events indicate. Iraq’s enemies will see victory for themselves in the chaos that ensues in Iraq. However, given the awareness of the Iraqi people, as well as their domestic and international forces, Biden will not be permitted to make another Afghanistan out of Iraq. Those who wish to harm the Iraqi people and insist on ruining and destroying Iraq for their dark agendas will fail in their efforts due to the darkness which prevails in them. Iraq is on the alert, and will use its awareness of those who conspire against it and the patience of its people to prevent a Kabul scenario to occur, even if the nonbelievers hate it.