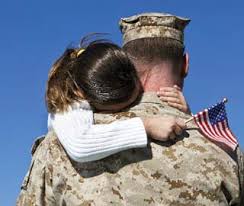 Aug. 15, 2021, has already gone down in history as the day when the Taliban returned to power in Afghanistan after 20 years of U.S. domination. There were many casualties among the Afghans and Americans before the United States retreated after more than 7,300 days of the war. The Taliban retook power quickly and without resistance from President Ashraf Ghani, who fled the country to dodge treason accusations.

As someone who should have strong military propensities, as far as his record would lead one to believe, U.S. President Joe Biden took a courageous stand in his speech the day after the Taliban’s takeover. The political and economic context in which the Taliban returned to power in Afghanistan is not the same as 20 years ago. At present, there are no conditions that would justify extending an occupation that would lead to even higher economic and human costs. As American troops retreated, Biden said that the United States “did not go to Afghanistan to nation-build,” a role that would be for Afghans themselves.

Although this statement ran counter to the intentions of the U.S. government 20 years ago, the president left the room without answering a series of possible questions that journalists did not have the opportunity to ask. Here are some of them: Why were the U.S. troops unable to destroy or significantly limit the Taliban’s military power? Why was U.S. intelligence unable to assess the Taliban’s rearmament, possibly by Russians and Chinese, to allow such a quick and easy reaction? Why did U.S. intelligence not detect the Taliban’s moves to return to power? What has the United States done over the past 20 years to lay the foundations for democracy in Afghanistan?

The U.S. movement to return to domestic policy — so neglected in social terms due to the high budgetary commitment to the external war — is accompanied by the bitter taste of the loss of power in the international setting. God may protect U.S. troops more if they are kept on their own territory than in the far-off, inhospitable Afghan lands, where it is not known exactly what they are fighting for. If in Vietnam the United States thought it was fighting the Soviets, when, in fact it was fighting those who rose against Americans and Soviets, what would allow us to imagine that things would be different in Afghanistan (trading the roles of Soviets for Russians and Chinese)?

Everything indicates that the Taliban will start a terror campaign more violent than those seen in the genocides in the former Yugoslavia and Rwanda. It is also worth asking what was done with all the money spent in 20 years of a conflict that did not make the world a safer place.

It is too early to think in broader geopolitical terms. If the U.S. movement, along with those of the Russians and Chinese, represents a redistribution of world power, returning home to take care of neglected social issues may also mean a broader presence on the American continent.