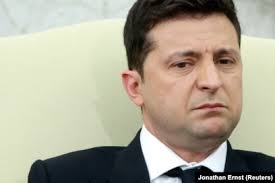 U.S.-Ukraine relations are unlikely to change significantly after the meeting.

Volodymyr Zelenskiy’s visit to the United States was humble. It has not sparked any new developments in the relationship between Ukraine and the United States. The basic framework has remained unchanged: reforms, security, Russia, foreign aid.

For Joe Biden, this visit was more of a necessity than choice. It was obvious that many officials from Biden’s administration agreed on that. This also explains why there has not been a joint press conference. From the beginning, no one has had high expectations about Zelenskiy’s visit. Moreover, the status of his visit was not official, but working.

Trying to take an advantage of Biden’s vulnerability due to the catastrophe in Afghanistan, Zelenskiy hoped to convince Biden to toss him a bone, but a much more significant one this time so that he could stand out from his predecessors and create a sensational, historical aura around his visit. But he did not succeed.

Zelenskiy obtained several “bones” from the American government that can be demonstrated to the domestic audience as a serious achievement: $60 million in additional military aid, $45 million for humanitarian needs and $12.8 million for the fight against COVID-19. This was in addition to the traditional memoranda, the implementation of which into reality remains to be seen, promises to give loans, adopt the Strategic Partnership Charter in autumn and revive bilateral strategic sessions, which have not taken place for three years.

U.S. political demands toward Ukraine on its National Anti-Corruption Bureau, the Special Anti-Corruption Prosecutor’s Office and other issues constitute fundamental conditions for further support for Ukraine and Zelenskiy, but have remained unchanged in the context of reforms. In other words, nothing has significantly changed since Antony Blinken’s visit in May.

The attempt to convince Biden to make some changes in the dialogue with Russia or on Nord Stream 2 construction has failed. Washington issued standard statements that do not indicate that it will change its policy toward Germany.

The Joint Statement on the U.S.-Ukraine Strategic Partnership is a good collection of different ideas that form the basis of the bilateral agenda. But, as I have already mentioned, there is nothing new.

The $277 billion plan for transforming Ukraine, is, in my opinion, constructed poorly and unconvincingly. It did not generate much interest among the Americans, although there are a number of beneficial projects for Ukraine. In short, we can say that the visit went well, but it hasn’t produced significant breakthroughs.

Relations between the United States and Ukraine are unlikely to change greatly after this visit. The framework of the bilateral agenda has remained limited and modest in terms of cooperation. The formal part of public agenda remains unchanged. Relations between Biden and Zelenskiy have not significantly improved.

However, outlines have been created for a potential expansion of the U.S.-Ukraine partnership in the medium term. But this will hinge on Zelenskiy and his team’s actions and internal transformations in Ukraine.

The author, Ilia Kusa, is an expert on international policy and the Middle East at the Ukrainian Institute of the Future.