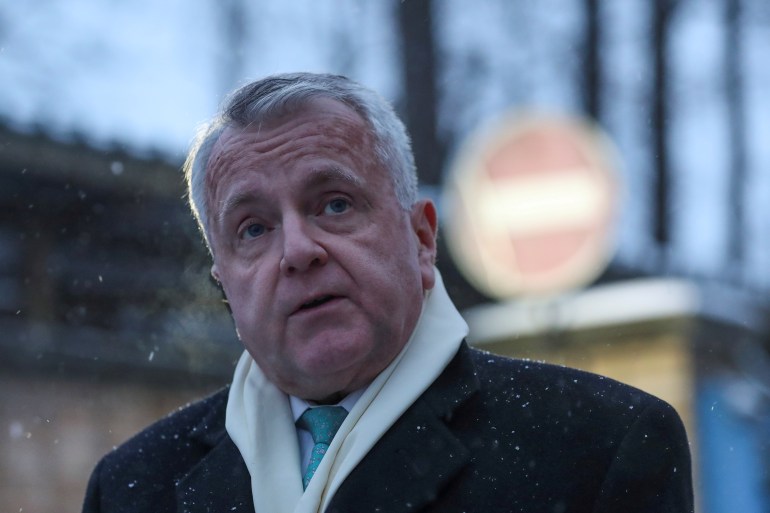 The Russian Foreign Ministry has clarified why the U.S. ambassador, John Sullivan, was summoned last Friday.

Maria Zakharova, director of the information and press department of Russia’s Ministry of Foreign Affairs, said on her Telegram account that there might be several possible versions of why the American ambassador was summoned to Russia’s Foreign Ministry. However, all the versions, including the one presented in the press release of the U.S. Embassy, are not worth our concern. The only reason why the U.S. ambassador was summoned to Russia’s Foreign Ministry was because of American interference in Russia’s State Duma elections. Zakharova expressed her hope that this message will be reported back to Washington accurately.

Vladimir Batyuk, head of the Political and Military Research Center at the Institute for the U.S. and Canadian Studies of the Russian Academy of Sciences and political analyst, assessed the prospects of U.S.-Russia bilateral relations following the presumably unpleasant conversation between Sullivan and Ryabkov.

The expert remarked that a diplomatic relationship rests on the principle of reciprocity. The U.S. has repeatedly accused Russia of interfering in presidential elections, and these accusations often provided a good reason to impose new sanctions. A response should follow such actions. Batyuk noted that Russia makes the same accusations and summoned the U.S. ambassador to its Foreign Ministry as a way of responding to past American accusations toward Russia.

He argued that Russia’s relations with the U.S. could not get any more complicated now. That is why Sullivan met with Ryabkov, because there’s not much to lose in this relationship.

Embassy staff has been cut to a minimum, and the U.S. regularly expands sanctions lists. The political analyst says it is difficult to further damage this kind of relationship (reports RIA Novosti).

Nicholai Starikov, a Russian historian and publicist, commenting on the Russian Foreign Ministry’s claims against U.S. tech companies, suggested that this must be the case when “the Internet is regulated by American digital giants for the benefit of certain political forces on the Russian political map.”

The U.S. defines what speakers and media outlets to support and whom to restrict using social media.

“Here are some examples of how these American corporations understand the concept of free speech. Over the past few weeks, my access to my Instagram page was limited because I posted a photo of the head of the Donetsk People’s Republic, Alexander Vladimirovich Zakharchenko, who was brutally murdered. Instagram completely removed Zakhar Prilepin’s account for publishing the photos of Zakharchenko and other Donetsk People’s Republic members of its militia,” Starikov noted.

According to him, censorship is especially strict on Facebook.

“Can you imagine what is happening to tens of millions of Russian citizens in general? This behavior of American IT corporations is unacceptable. This is exactly what was told to the U.S. ambassador during his meeting with Ryabkov,” Starikov asserted. He also underlined that it is important to inform the U.S. of such violations regarding freedom of speech, but that Russia should create its own Internet services as well.

About Aleksandr Gopp 5 Articles
He is an EFL teacher and a freelance translator. He holds an MA in 19th Century Russian History, and he is a certified translator. He lives in Suzdal, which is one of the oldest towns in the whole country. He enjoys traveling, books, ancient history, and mobile photography.