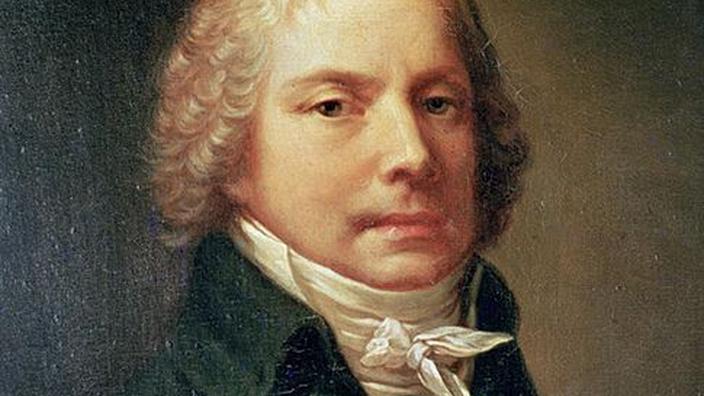 French diplomacy has experienced a major setback since Australia, the United States and the United Kingdom signed a deal behind its back. Guillaume Debré, head of news at the French television network TF1 and author of “L’affaire La Fayette,” reminds us that Talleyrand predicted this alliance of the English-speaking world at the expense of the relationship between France and the U.S.

On every state visit, whether in Washington, D.C., or in Paris, French presidents invoke the memory of the same historical figures; that of the Marquis de Lafayette, “hero of two worlds;” of Gen. John Pershing, who proclaimed in 1917, “Lafayette, we are here!” or of the soldiers landing in Normandy. The more learned among them might add the Count of Vergennes, the minister who persuaded Louis XVI to support the uprising by the American colonies.

Francois Mitterrand, Jacques Chirac, Nicolas Sarkozy and Francois Hollande have all cited these names. Speaking before Congress in April 2018, Emmanuel Macron even went so far as to marvel at the “miracle of the relationship between the United States and France.” Donald Trump was president at the time.

And yet, this past Wednesday, the United States, the United Kingdom and Australia stabbed France in the back, in the words of French Foreign Minister Jean-Yves Le Drian. But did this “treason” really come as a surprise? We would all be well advised to reread Talleyrand.

Between 1974 and 1976, Charles Maurice de Talleyrand-Périgord spent 30 months in exile in America. During his time there, he drew one conviction: that despite the ties between the two nations, despite the ethical debt owed after the war of independence, France and the U.S. would never hold more than a circumstantial alliance. America’s natural ally is and always will be the United Kingdom.

According to Talleyrand, their cultural and linguistic proximity, their commercial and financial dependence, the Protestant values shares by their two societies and their obsession with individual responsibility will always impart the Anglo-American axis a strength that France can never rival.

Upon his return to France, Talleyrand, now a member of the Institut de France, wrote an essay on the relationship between the U.S. and England, which he read before the elite institution on April 4, 1797, and in which he stated, “In every part of America through which I have traveled, I have not found a single Englishman who did not feel himself an American; not a single Frenchman who did not find himself a stranger.”

He predicted that the United States would soon replace France with England as its prime trade and strategic partner. For those doubting him, he added, prophetically, “It appears at first strange, and almost paradoxical, to assert that the Americans have a bias from inclination towards England. But we should not forget that the Americans are a dispassionate people […] This inclination, or, if you please, habit, incessantly attracts Americans towards England: interest does so still more.”

Talleyrand’s words shed light on the long series of misunderstandings which have riddled French-American relations: the quarrel over Iraq in 2003 (in which London backed Washington), Barack Obama’s U-turn in Syria in 2013 (with the consent of the British government) and the “treason” of the submarine crisis (with the support of the British prime minister). In every instance, England and the U.S. have joined forces.

Even more so since it left the European Union, the United Kingdom remains a lever with which the United States can project power. It always has been that way. Gen. Charles de Gaulle was well aware of it. The visit of Prime Minister Boris Johnson to the White House demonstrated it.

In this Australian submarine crisis, the British and the Americans held confidential talks for many months — without mentioning it to France. This is not an unusual practice for them.

Back in 1794, the United States secretly negotiated a treaty with England behind France’s back. This treaty voided all previous alliance treaties signed with France. The French revolutionary government felt betrayed and evicted the American ambassador from the country. History repeats itself!

Talleyrand’s writings also bring to light the need for France to rethink its alliances. Is it any wonder, then, that Talleyrand was such a tireless advocate for a closer relationship between France and the great powers of continental Europe?