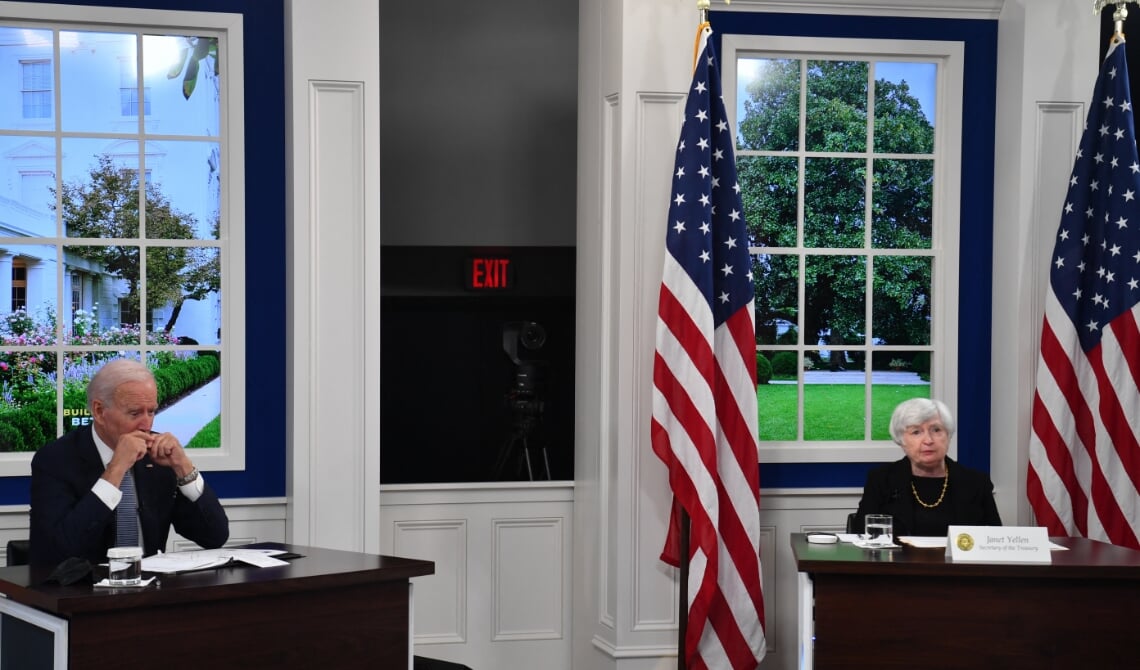 At the edge of a financial precipice, Senate politicians are playing a game of Russian roulette that risks bankrupting the United States. But the politicians seem to have forgotten this is happening in the midst of another looming financial crisis.

Has Washington completely lost its mind? That question seems justified this week given the game of chicken Republicans and Democrats are playing in the Senate. Each side is determined not to be the first to stop before reaching the financial cliff over which the United States will surely plummet should no agreement be reached to lift the U.S. debt ceiling. It is a bizarre game that has left “the world … questioning Washington’s competence,” writes The Washington Post in a political analysis. And not just questioning, but afraid: A financial crisis in the United States will have global repercussions.

The game revolves around whether or not to raise the debt ceiling. The U.S. government must borrow money to meet its financial obligations. Obligations that stem, in not-so-insignificant part, from Donald Trump’s presidency. But the United States has a legal debt ceiling (only Denmark has something similar) and it stands at a staggering $28.4 trillion. If that ceiling is breached, the government can no longer spend money, not even to pay military salaries.

Treasury Secretary Janet Yellen has reminded the U.S. Senate for weeks that such circumstances could become reality by Oct. 18. In fact, it’s already much worse: The national debt of the United States reached its ceiling at the end of July. Since then, Yellen and her department have been funding the government’s operations through “extraordinary measures,” a pretty term for financial tricks and emergency measures. Washington has been dead broke for more than two months. Financial institutions know this and have begun preparing for the “potentially catastrophic” effects. “No one would be spared,” warned Maya MacGuineas, president of the Committee for a Responsible Federal Budget. “The United States is heading for a cliff — and taking the world with it,” CNN said of the situation.

It now appears that a temporary postponement has been reached until December. Only then does the chaos get even more serious. Not only will this entire discussion come back to the fore, but a temporary agreement regarding next year’s budget will expire on Dec. 3. On top of that, no infrastructure rehabilitation plan has been approved, nor has Joe Biden’s ambitious Build Back Better plan to boost American society. In different ways, these realities have become intertwined for Democrats and Republicans alike. In December, Washington and a significant portion of the world economy will once again stand on a cliff’s edge — only this time it promises to be an even steeper and more dangerous drop.

That isn’t the fault only of the United States. In China, a very important part of the economy, the real estate sector, stands on the brink of collapse. If these two situations were to happen together, the consequences would be incalculable. Anyone who would take such a risk for political gain is truly playing a dangerous game of “Russian roulette,” as President Biden has called it.

But what American politicians are in danger or forgetting as they go toe-to-toe in the arena is that their risky game coincides with other major financial problems, China being paramount. This week began with a severe crisis surrounding the biggest real estate developer in China, Evergrande, with 1,300 projects in 280 states accounting for 2% of China’s gross domestic product. That crisis involves a mountain of debt exceeding $300 billion and a failure to meet its payment obligations in recent weeks. Subsequently, it appeared that two other major real estate companies, Sinic and Fantasia, also could not pay the hundreds of millions of euros they owed. Their stocks plummeted. For cities and regions whose incomes largely depend on land sales to these developers, this signifies a major setback. Moreover, those governments typically already carry massive debts from ambitious projects. China, too, is on the verge of going broke, similar to the United States and many southern member states of the European Union. No one is waiting for more financial risk.

Given these circumstances, if the leading politicians in the Senate continue to play such a high-stakes game while they stand at the brink of a financial disaster, that would surely border on political incompetence.

The president in the White House may have changed, but the dangerous madness in Congress remains.