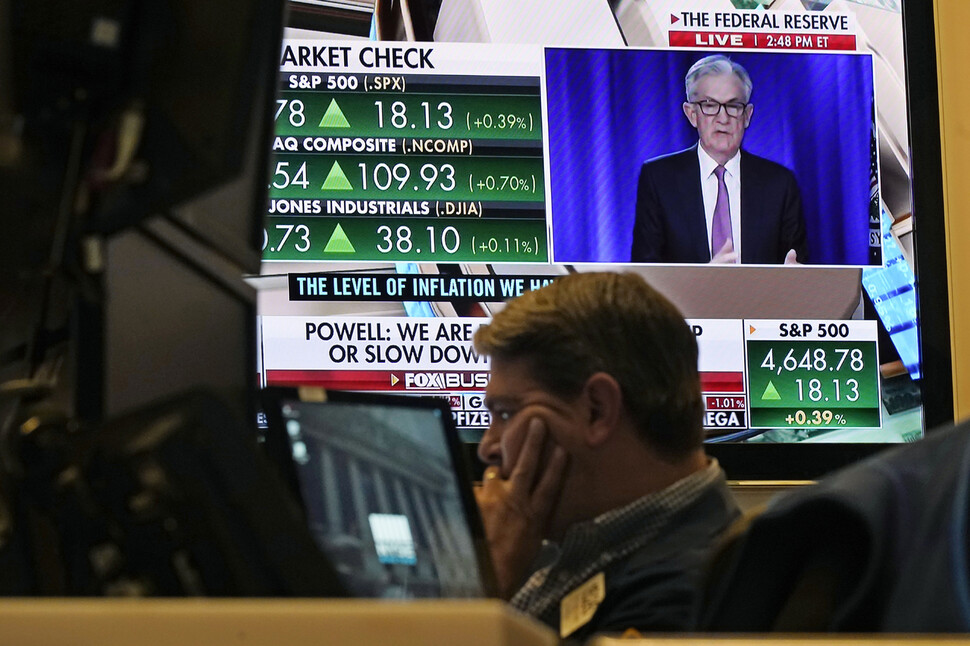 On Nov. 3, the Federal Reserve, America’s central bank , announced it will begin reducing asset purchases (tapering) this month. It marks the first step in normalizing monetary policy in 20 months by changing position on the quantitative easing program implemented in response to the COVID-19 pandemic last March. The Fed is acting in response to the economic recovery and growing pressure to raise prices. However, the Fed clearly drew the line at the possibility of an early interest rate hike that the market was concerned about.

The Federal Open Market Committee meeting addressed two major points. The first is the speed of tapering. The Fed has decided to reduce quantitative easing by $15 billion (about 18 trillion won) per month in November and December, from $120 billion (about 143 trillion won). This is the level predicted by the financial market. By next January, the scale of the reduction will be decided flexibly to reflect the situation that will exist at that time. The second point that was addressed is the Fed’s view of inflation, something directly related to the timing of the Fed’s interest rate hike. Although the Fed’s language has subtly changed, the Fed maintains that inflation will be “temporary.” Fed Chair Jerome Powell said, “Of course, the timing of that is highly uncertain, but certainly we should see inflation moving down by the second or third quarter.”

Regarding the interest rate hikes, Powell said, “We continue to articulate a different [from tapering] and more stringent test for the economic conditions that would need to be met before raising the federal funds rate,” adding, “We think we can be patient,” making it clear that he will not rush to raise rates.

The Fed’s decision eased concerns about a sharp contraction in dollar liquidity. As a result, the U.S. stock market continued to rise for four consecutive trading days, and the interest rate on government bonds only rebounded slightly. However, uncertainty still remains. Above all, if the global supply chain bottleneck lasts longer than the Fed expects, it could prolong inflation. If the Fed raises interest rates, the dollar will start to return to the U.S. in the international financial market; in the aftermath, emerging economies will face a backlash from rising exchange rates and falling risk asset prices.

People are also paying attention to how the Fed’s decision will affect the monetary policy of the Bank of Korea. The BOK Monetary Policy Committee froze the key rate in October after raising it to 0.75% from an all-time low of 0.5% in August, and is set to hold its final meeting to determine the key rate on Nov. 25. In South Korea, the pressure on economic recovery and inflation are the same as in the United States, but the situation is different in that there is a serious financial imbalance. If the government neglects financial imbalances such as surging household debt and soaring housing prices, it could cause a stir in the overall economy. This is why the MPC’s concerns are deeper than the Fed’s.