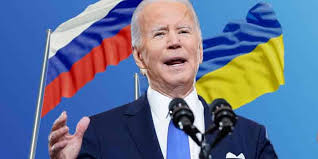 The most important paradox in the American president’s State of the Union speech is related to the issue of democracy. While it was strongly present in foreign policy, it was completely absent in domestic affairs.

Objectively speaking, whether or not the war in Ukraine is really a crisis of democracy versus autocracy, this is, at least, the Western explanation of the conflict. The United States and Western countries present the crisis in Ukraine as a battle of democracy against autocracy.

Joe Biden delivered his speech in the midst of the Ukraine crisis. The State of the Union speech is an annual address that the U.S. president delivers to the American public and its representatives to report on the state of the U.S. at home and abroad. The speech generally covers how the country is managing the most important issues, and presents the matters that the president considers a threat to national security, ways to confront those threats and what issues take priority.

The State of the Union is the president’s opportunity to put Congress on public notice as he announces his administration’s legislative priorities. It is also a speech in which the president asks Congress to pass legislation that he considers to be most important to citizens. But Biden’s speech contained none of that! The Ukraine issue dominated his remarks and overshadowed everything else.

The irony was that Biden referred to China, a country which America now views as a bigger threat than Russia, as a domestic issue! It fell within Biden’s call to strengthen infrastructure and technological development so that America would be able to compete with China. Any remaining international issues were completely absent in a speech that lasted for more than an hour. Biden presented the Ukraine issue as a battle of freedom that must triumph over tyranny. He spoke at length about the unity of the Western alliance in imposing painful sanctions on Russia.

In switching to domestic matters, Biden presented a long list of highly important issues without any clear priority. A president who does not prioritize issues and legislation for Congress ends up with few legislative achievements. In light of the upcoming midterm elections, Congress will choose those priorities for Biden according to the interests of its members, instead of what serves the president’s agenda.

And here is the paradox. Biden has long served in Congress and understands well how it works, but it was remarkable that the president did not mention the federal budget at all in a speech that American presidents often use to discuss this matter in detail!

Most importantly,, Biden did not utter one word about last year’s storming of the Capitol building, despite being the president whose very inauguration the attackers meant to interrupt. He did not even mention the desperate attempts the Republicans have made to stifle the democratic process by passing laws in more than 30 states that create new voting restrictions disenfranchising large sectors of minority groups. Republicans are also making strenuous efforts to design electoral districts in a way that ensures Democrats are expelled from seats in the House of Representatives. Biden did mention two federal bills related to voting rights, but covered them quickly along with other issues, failing to make them a priority or single them out as unique.

The biggest paradox was this: The rhetoric that prioritized the Ukraine crisis as a battle between “democracy and authoritarianism” abroad did not give American democracy itself the priority it deserves!