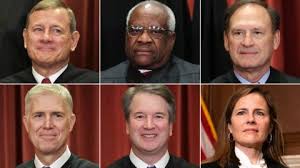 This week, Politico, one of the most influential political media outlets in the United States, broke news that turned the U.S. on its head. A draft majority opinion obtained by Politico’s reporters indicates that Roe v. Wade, the precedent-setting opinion that provided protection for abortion in 1973, will be overturned.

We owe this to the fact that the composition of the nine-member Supreme Court has changed in recent years. Between the Republican Party’s trickery that prevented the Democratic Party from nominating a candidate, taking unprecedented action that could hardly be reviewed, and circumstances, i.e., the death of Justice Ruth Bader Ginsburg, that enabled Donald Trump to tip the scales in his favor, the extreme right was able to fill the majority of the court’s seats.

Contrary to national opinion showing a clear majority of people favor abortion, and contrary to the belief of an overwhelming majority of women who assert that it’s “my body, my choice,” six people are about to send the U.S. back to the Middle Ages.

And not only that. Under the arguments laid out in the draft opinion, which was authenticated by the Supreme Court, the door is open for abridging the rights of other groups, such as the LGBTQ+ community.

The Republican Party, as usual, has obfuscated matters in order to distract people from pressing issues. Knowing that they stand in minority, Republican members of Congress flood the media with assertions that the problem is not what the opinion says, but the fact that it was leaked. As if the Supreme Court had any right to be opaque.

By focusing on the leak itself and not on what was leaked, women’s rights fade into the background. The message is about everything but the court’s opinion.

This kind of distraction does not only exist in the U.S., but is part of a wider movement of illiberal democracies that are leaning toward autocracy. If instead of talking about the main issue we focus on the secondary problem, we can deflect attention and overwhelm public discussion.

The strategy, although not perfect, is highly effective. Public opinion, discussion, politics, everything that defines our future as a society, becomes lost on a side issue of little importance, and the opposition wins.

This isn’t new, either, but it is more prevalent now that is so easy to distract people. Our addiction to social networks and our phones, among other devices of postmodernism, means that the truly important things are lost among the daily chaos.

The loss of women’s fundamental rights should be a huge scandal, but now it is merely a short-lived story while people look to a verdict in the trial between Johnny Depp and Amber Heard.

About Amy Bathurst 23 Articles
I am a native English speaker from the UK, with a Bachelor's degree in Modern Languages. I absolutely love learning foreign languages and discovering the differences between them. My favorite languages are romance languages, specifically Spanish and Italian. In my free time, I love reading, baking and drawing.