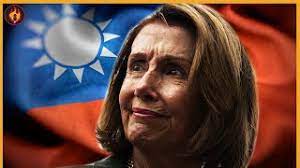 Speaker of the House Nancy Pelosi will travel to the island in August, the Financial Times has revealed.

Such a high-ranking U.S. government official has not visited Taipei in 25 years, when Pelosi’s predecessor, Newt Gingrich, traveled to Taiwan. This time, however, the initiative is even more significant, because U.S.-China relations have not been so bad since the establishment of diplomatic ties in 1979.

Harry Tseng Hou-jen, Taiwan’s Deputy Minister of Foreign Affairs, admitted in an interview with Rzeczpospolita that if Russia had succeeded in capturing Kyiv at the turn of February and March, Xi Jinping would have been under pressure to invade the island. Just like Vladimir Putin, he promotes himself as the leader who will “unite” the country’s territories.

During his visit to Japan in May, Joe Biden openly stated that in case of a Chinese invasion, the U.S. would come to Taiwan’s aid. This can be interpreted as a signal that the U.S. is backing away from the policy of “strategic ambiguity” in the event of war over the island. However, the White House stressed at the time that U.S. policy “has not changed.”

Pelosi has long been known for her harsh criticism of China. In January, she held a video talk with the vice president of Taiwan, William Lai Ching-te. Originally, she was first planning her visit for April, but this was impossible since she had contracted COVID-19. According to the Financial Times, Biden’s entourage is divided over the idea of a visit to the island. In late October and early November, the 20th National Congress of the Communist Party of China will be held in Beijing, which is expected to grant Xi a third term as head of the country. This is a departure from the principle adopted after Mao Zedong’s death that limited China’s leaders to two terms. In the face of a deteriorating economic situation, Xi intends to unite the country around the promotion of nationalist ideas, the foundation of which is regaining control over Taiwan.

In the coming weeks, Biden is set to hold virtual talks with Xi. Pelosi’s visit can be interpreted in this context as a signal that Washington has lost hope that it will be possible to steer China away from its alliance with Russia. Both countries signed a series of agreements in February on Russian gas supplies, which will significantly reduce the impact of Western sanctions imposed on Russia. Since then, the number of Chinese fighter jets in Taiwan’s airspace has increased dramatically. Such fighters flew near the island during U.S. Sen. Rick Scott’s visit in July.

Hou-jen believes that at a time like this, U.S. solidarity is crucial to the security of his country.

“If Xi comes to the conclusion that Taiwan is too well-prepared to defend itself, and that the West will come to its aid, he may divert his focus northward,” he argues. According to the deputy minister, Taiwan is more important to Washington than Ukraine.

“Americans are directly involved in Taiwan’s security and have been for decades. They train our troops, and they are also present on the ground. In the case of Ukraine, U.S. involvement is indirect through NATO. Yet there is still something more significant at stake. If Taiwan were left on its own in the event of invasion, the entire security system the U.S. has built in the Indo-Pacific region would collapse. There are many countries here that play a double game. On the one hand, they want to do business with China because this is big and easy money. But on the other hand, they seek security in alliance with the U.S. We are speaking now about authoritarian, corrupt states. The case of Sri Lanka is instructive. But if American guarantees prove to be useless, all these countries will fall into China’s orbit. Americans must not allow such a scenario to happen,” he explains.

Admiral Philip Davidson, former U.S. Pacific Fleet commander, says that China will want to take control of Taiwan by 2027, on the 100th anniversary of the founding of the Chinese People’s Liberation Army.

“I will not dispute this assessment,” admits Hou-jen.