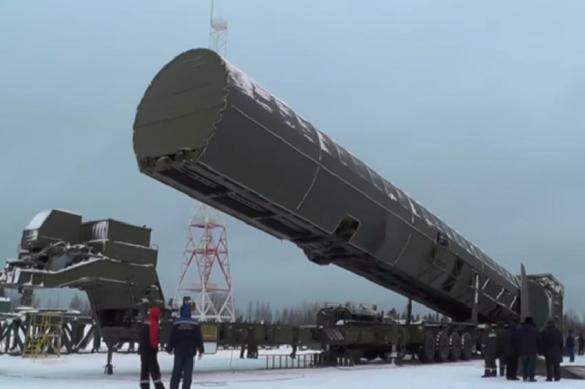 President Joe Biden made an unacceptable offer to Russia to resume the START talks.

President Biden released a statement ahead of the 10th Review Conference of the Treaty on the Non-Proliferation of Nuclear Weapons, in which he first saluted his own efforts with respect to arms control and then suggested working toward the “ultimate goal of a world without nuclear weapons.”

Biden asserted that even at the height of the Cold War, the United States and the Soviet Union were able to work together to fulfill their “shared responsibility to ensure strategic stability.”

That is why the president offered to “expeditiously negotiate” a new arms control framework that would replace the old version of the Strategic Arms Reduction Treaty after 2026.

Biden’s Conditions Are Unfeasible for Both Russia and China

Some of the president’s remarks may spell doom for his plans:

1. He called on Russia to become a “willing partner operating in good faith,” saying the U.S. can no longer rely on Russia because of its “brutal and unprovoked aggression in Ukraine.” Biden claimed the Russian Federation “has shattered peace in Europe” by invading Ukraine, which “constitutes an attack on fundamental tenets of international order.”

“In this context, Russia should demonstrate that it is ready to resume work on nuclear arms control with the United States,” Biden stated.

Russia cannot currently accept Biden’s terms. By doing so, Moscow would have to admit defeat and retreat to the positions it held on Feb. 24, to say the least.

China continues to object to joining the NPT talks, and that’s completely understandable. China’s nuclear arsenal does not compare to that of the United States. In January, China’s Director-General of the Department of Arms Control and Disarmament of the Foreign Ministry Fu Cong said China would consider joining the NPT talks when Russia and the U.S. reduce their arsenals to level the playing field.

It is worth noting that Biden’s reference to the Cold War is also completely irrelevant because current Russia-U.S. relations are much worse than they were if we measure them by the imposition of anti-Russian sanctions and the fact that the U.S. is engaged in a proxy war against Russia in Ukraine.

Putin Will Offer Biden His Own Conditions

How can Russia ever come to an agreement with the U.S. when the U.S. has withdrawn from all previous treaties such as the Anti-Ballistic Missile Treaty and the Intermediate-Range Nuclear Forces Treaty?

In order to close the gap, the U.S. clearly wants to negotiate a new START treaty to tie Russia’s hands and impede the development and deployment of new weapons systems capable of carrying nuclear weapons. Deception is one of the most favored and proven approaches in U.S. foreign policy. Therefore, it appears that Moscow will have its own conditions to present to Biden regarding the START talks. Russia is likely to demand that the U.S.:

• Lift sanctions, including those imposed on Russian leadership;

• Provide written guarantees that NATO strike forces will not be deployed near the Russian border.

Let’s not forget that Russia and the U.S. signed the START-3 treaty in 2010. It provides for reducing the number of deployed nuclear warheads to 1,550 on each side (China has 400 warheads at most), and reducing submarine-launched ballistic missiles and heavy bombers to 700. The treaty was originally signed for a 10-year term, but then Russian President Vladimir Putin extended it followed by President Joe Biden immediately after he took office.

About Aleksandr Gopp 29 Articles
He is an EFL teacher and a freelance translator. He holds an MA in 19th Century Russian History. He lives in Suzdal, one of the oldest towns in Russia. He loves traveling, languages, ancient history, and mobile photography.