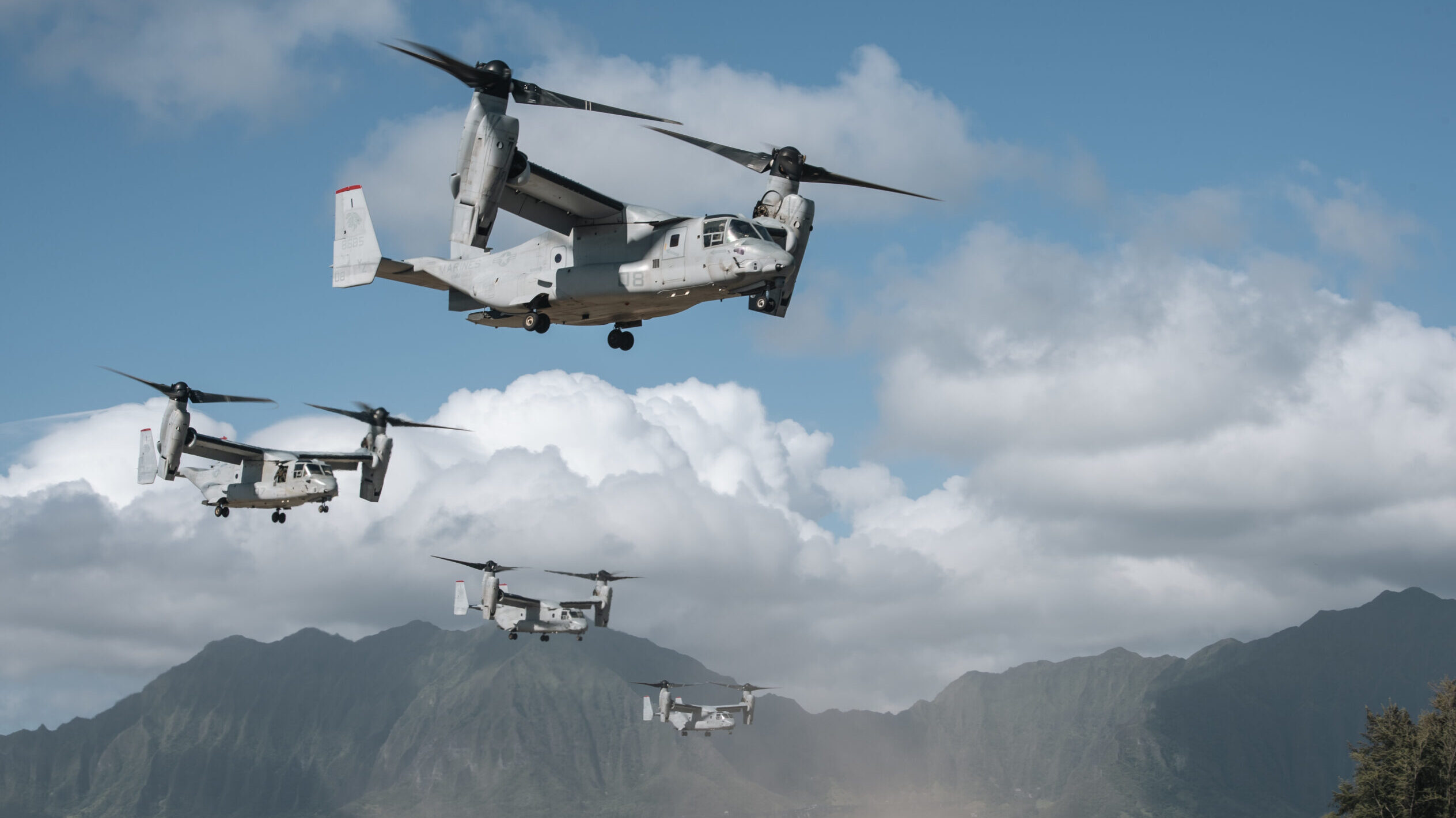 Aleksei Tokarev, a Senior Fellow at the Institute for International Studies at the Moscow State Institute of International Relations, discusses the role of Russia and China in the new U.S. national security strategy.

The United States had not updated its main national security strategy as of Oct. 13, and relied instead on the Interim National Security Strategic Guidance of March 2021. Now, like its predecessors, the Biden administration has released a 2022 version.

It is a large, well-structured, 151,294-character document (only about five times smaller than the first volume of Leo Tolstoy’s “War and Peace”). It describes how the U.S. sees the world’s future, its role in it, cooperation with allies, and dealing with threats. It is, therefore, a conceptual guide to running the world the American way.

In the introduction, President Joe Biden promises that his administration will respond to the challenges of the next decade. Translating the American bureaucratic lingo, one can read this as Biden saying we can only dream of peace. All in all, Donald Trump should not expect an easy ride in the 2024 presidential election. In other words, the introduction sounds more like a great campaign speech one would give in Detroit about creating jobs, strengthening the economy, reducing unemployment.

The president cites American allies primarily in Europe and the Indo-Pacific region: NATO (with a special welcome to Finland and Sweden), a military alliance with the U.K. and Australia, the EU and the Quadrilateral Security Dialogue (U.S., Australia, Japan and India). He also cites specific threats: A China that is increasingly growing stronger, and against which the U.S. is ready for responsible competition — that is, working together to shape the global order while maintaining disagreements over specific regions — and a Russia that has decided to engage in hostilities in Ukraine.

The document sets out three global priorities for the U.S.: dealing with challenges to international order posed by China and Russia, addressing common global problems, and shaping the rules of the road for technology, cybersecurity, trade and economics.

The separate section on Russia and China begins with words familiar to any Russian international relations expert: “We share in common a desire for relations among nations to be governed by the U.N. Charter.” The same principle is also spelled out in Russia’s foreign policy strategy. But any Russian expert would smirk at these words because they are written by the U.S. president, who admits that his fellow citizens are not “passive witnesses to history; we are the authors of history.” While it is unclear whether the “authors” know about the pot calling the kettle black, the U.N. Charter is mentioned three times in comments about Russia (and six times altogether).

The difference between China and Russia is clear: Both intend to reshape the global order, but only China has the “economic, diplomatic, military, and technological power” to do so, according to the Strategy. Even though China is fortifying its army, trying to create an expanded sphere of influence in the Indo-Pacific region, undermining the sovereignty of other countries by economic coercion and enjoying the openness of the world economy (the list of sins continues), the U.S. is ready to “coexist peacefully” with China. Moreover, in a nod to former President Richard Nixon and former Secretary of State Henry Kissinger, the document stresses that the increasingly noticeable alignment of Russia and China should not be allowed.

Indeed, U.S. competition with China is still centered in the Indo-Pacific region but is becoming increasingly global. Washington’s task over the next 10 decisive years is to surpass Beijing technologically, economically, politically, militarily, and in security and global governance. Conversely, the space for cooperation includes macroeconomic issues, combating climate change, the food crisis and drug trafficking, pandemic threats and nuclear nonproliferation. However, lest anyone think that the U.S. has softened its policy on China, the Strategy’s authors expressly state that the policy position is not “a favor to us or anyone else, and never in exchange for walking away from our principles, but because working together to solve great challenges is what the world expects from great powers.”

At the same time, the U.S. does not hide the fact it will continue to intervene in China’s internal affairs. Cooperation will not prevent the U.S. from “hold[ing] [Beijing] accountable for [its] abuses” on its own territory, including the “genocide” in Xinjiang, “human rights violations” in Tibet and the “dismantling of Hong Kong’s autonomy”. Moreover, the most “comforting” words deal with Taiwan: “We oppose any unilateral changes to the status quo from either side, and do not support Taiwan independence. We remain committed to our one China policy.” Russian experts on China consider this language to be a strong sign of escalation, since a declaration of independence by Taiwan will prompt a military response from China. In turn, the statement precedes a passage about allied obligations to Taiwan, suggesting the U.S. does not want one inch of foreign land but won’t give up one inch of its own, either. Hence, the U.S. reiterates its opposition to using force and coercion to change Taiwan’s status by supporting its self-defense.

Overall, the authors dedicated 4.8% of the document to China and 3.9% of it to Russia. In short, China is a great and competitive power, while Russia is “still profoundly dangerous” and just big. The China-Russia section of the document begins with the difference between the challenges posed to the U.S. by both countries. However, passages about both countries end with the same discursive device that distinguishes the government from the people. Hence, the Chinese people are not identical to the Chinese government and the Chinese Communist Party. Furthermore, Americans and Chinese are bound by “ties of family and friendship,” and America recognizes China’s “achievements, their history and their culture.”

Similarly, the U.S. holds the Russian government responsible for what is happening in Ukraine. Still, it praises the Russian people who “will determine Russia’s future as a major power capable of once more playing a constructive role in international affairs.” Another distinctive feature of the Strategy is that it considers China to be America’s only global competitor. At the same time, Russia is still a bad guy, but it’s not a global power. In this way, the Biden administration reflects the policy of Barack Obama, who considered Russia a regional power.

While the U.S. expresses its dissatisfaction with Beijing and wishes to hold China accountable over its domestic policy, Russia’s fate is to be held responsible for its foreign policy. The U.S. charges Russia with a complete set of “bad guy crimes” on a global scale: “Imperialist foreign policy,” “attempt to topple [Ukraine’s] government,” “military intervention in Syria,” its attempt to “destabilize its neighbors using intelligence and cyber capabilities,” and attempts to “undermine internal democratic processes in countries across Europe, Central Asia, and around the world.” In addition, the Strategy also assails Russia’s domestic policy like that of China, noting that Vladimir Putin’s government “violates its citizens’ human rights.”

On the other hand, there are three aspects of future U.S. policy in Europe: economic, technical and military aid for Ukraine (as well as its rapprochement with the EU), protecting “every inch” of NATO territory, and deterring Russian threats made against the U.S. Regarding the fight in Ukraine, the document confidently states that the U.S. has “rallied the world” against Russia, contrary to the fact that Russia is developing relations with Indo-Pacific leaders. According to the document, the conflict has “diminished Russia’s status vis-a-vis China and other Asian powers such as India and Japan.”

Of course, the U.S. is not to blame since it offered to identify specific areas of cooperation with Russia. However, Putin “spurned these efforts, and it is now clear he will not change.” Nevertheless, given former U.S. National Security Advisor John Bolton’s previous suggestion that there is need for regime change in Russia, we need to make an important point. Once again, the U.S. is not talking about fundamental institutional disagreements with Russia or conflicts in specific parts of the world, but disagreements specifically with the Russian leader. This ideological and essentially childish approach assumes that national interests change when leadership or institutions change.

Hence, a top-down, messianic view, where the whole world is a means to an end, and Russia is sidelined. So, what’s new in the American document for us? In the eyes its authors, Russia is still a big aggressive power. It strives to but cannot reshape the world order and undermine democracies — even though our “autocrats work overtime” to fulfill these aims.

Some in the American establishment know very well how Russia views NATO’s eastward expansion and how strong the consensus is among the Russian elite and expert community on this situation. For example, William Burns, a great expert on Russia, former ambassador to Moscow and current CIA director, expressed these views in his “Nyet Means Nyet” dispatch. However, the Americans’ ultimate detachment from reality is evident in the newly released national security strategy. That is, the strategy reflects the eternally messianic belief of the U.S. about the possibility of changing regimes and the total disregard for models of national development. For the U.S., there is only one set of “correct” values, and they are represented by the divinely chosen American people. Therefore, Russia’s national interests and the Russian approach to world politics, in which sovereign nations determine their own paths of development without imposed values, have no place in the American worldview.

The author holds a doctorate in Political Science and is a leading researcher at the Institute for International Studies at Moscow State Institute of International Relations. The author’s opinion may not necessarily reflect the views of Izvestia’s editorial board.

About Nikita Gubankov 75 Articles
Originally from St. Petersburg, Russia, I am currently a student at University College London, UK, studying for an MSc in Translation Technology. My interests include history, current affairs and languages. I am a keen translator from Russian into English and vice-versa, and I also translate from Spanish into English.