If [the West] legitimizes these questionable elections, it loses further credibility among Afghans; if it questions the results, it damages the current Afghan government’s authority and possibly risks further opposition at home to the whole Afghan campaign.
Those politically responsible must be brought to justice. Those who want a better tomorrow must look ahead, not back. This brief sentence makes up a large part of American self-image. When Barack Obama promised during his campaign that it was not his intention to look back in anger at those responsible for war and [Read more]

What took place in the CIA torture chambers must be made public, even if it divides the nation.
He was the Republican’s favorite enemy and served his country without needing the spotlight: an obituary of Ted Kennedy, a great American senator. Edward “Ted” Kennedy was the natural choice for president after the murders of his brothers, John in 1963, and Robert in 1968. He never accomplished it, though; not [Read more] 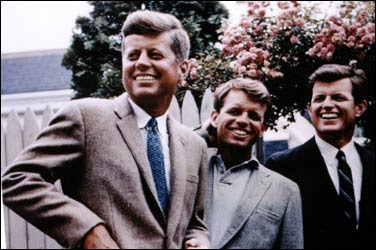 The last of the Kennedys was, after all, the first senator to support Barack Obama against another ambitious and glamorous clan, the Clintons.
An important chapter in our history has come to an end. As President Barack Obama has said, he was the greatest United States senator of our time. A massive head with a rich crop of gray hair. A broad, usually red face, typical for a person of Irish descent. Edward Kennedy has for decades been one of the most [Read more]

While Norwegian politicians are working hard towards the election, Washington DC has taken its recess. This weekend President Obama went on vacation after a town hall tour to save what was his number one issue, but has since become a political nightmare: health care reform. Over the last few days leftist commentators [Read more]
« 1 2 3 4 5 … 23 »