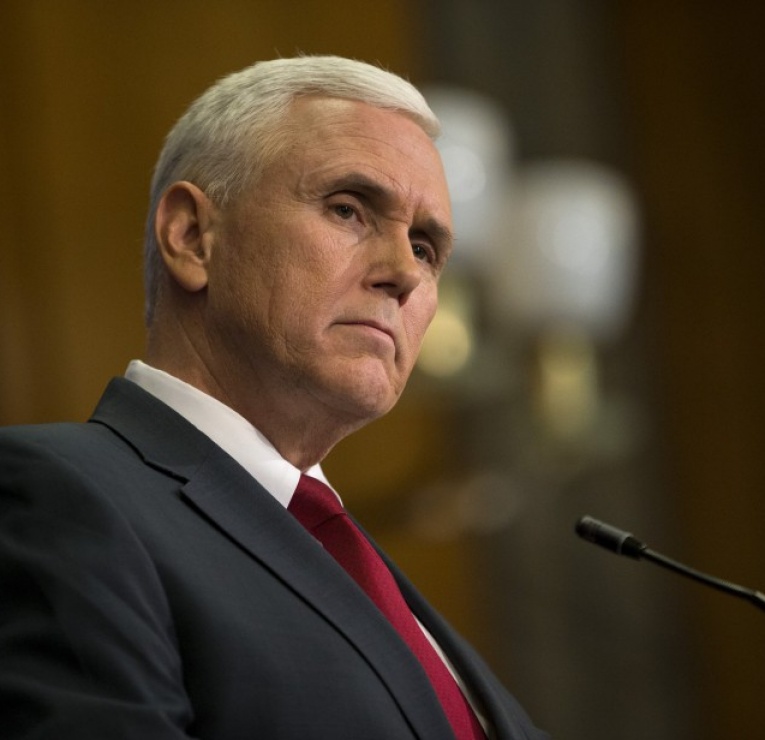 On Wednesday, the governor of Indiana, who is now Donald Trump's running mate, gave a speech to the Republican convention in Cleveland. Here is a summary of a very, very right-wing politician.

Who would you choose as a running mate when surveys show that more than three-quarters of Americans have an unfavorable opinion of you? Mike Pence, of course! By choosing the governor of Indiana, who will give a speech to the convention in Cleveland this evening, as a vice presidential candidate, Trump has not only chosen a conservative, he has chosen a particularly extreme one.

Pence's opinions on women are, shall we say, rather clear-cut. Firstly, it goes without saying that women should not be lesbians. In 2009, as a congressman, Pence fought for the definition of a hate crime to exclude a crime involving sexual orientation, stating that to include sexual orientation would amount to "the promotion of a radical social agenda." He also demanded that funds allocated to the fight against AIDS be redirected to programs that encourage gays to "change their sexual behavior."

As governor, he signed the Religious Freedom Restoration Act into law in 2015 which protects businesses that refuse to serve homosexual couples. Faced with public outcry, he will have to change the law.*

His treatment of straight women is hardly any better. In Pence's opinion, their place is at home, bringing up their children. He does not like to see them working: "Sure, you can have it all. But your day-care kids get the short end of the emotional stick," he wrote in 1997. And women had better not get any ideas about joining the army! When the film "Mulan" came out, he made the following attack: “Despite her delicate features and voice, Disney expects us to believe that Mulan’s ingenuity and courage were enough to carry her to military success on an equal basis with her cloddish cohorts. Women in the military are a bad idea."

And they had also better not think about getting an abortion. Pence was one of the first to want to cut funding to the family planning organization Planned Parenthood. In March, he signed one of the most restrictive laws on abortion in the country. As well as holding doctors criminally responsible when women abort for reasons that are solely connected to the sex, race, or physical disability of the fetus, the law also restricts the donation of fetal tissue, and requires physicians performing the procedure to be specifically approved by a hospital or another approved doctor.

The law also requires that the remains of miscarried or stillborn babies be formally buried or cremated, and that women who wish to have an abortion undergo an ultrasound scan at least 18 hours prior to the procedure.

Mike Pence makes no secret of the fact that his nemesis is Roe v. Wade, the Supreme Court ruling that legalized abortion in 1973. "I long for the day that Roe v. Wade is sent to the ash heap of history,” he said in a TV interview.

This is hardly surprising from a politician who boasted, "I was tea party before it was cool." Catholic until the mid-'90s, Pence thought of becoming a priest in his youth, and defines his priorities as follows: "I'm a Christian, a conservative and a Republican, in that order."

Pence does not count Darwin among his friends. In 2009, a reporter asked him if he believed in the evolution of species. "Do I believe in evolution? I embrace the view that God created the heavens and the earth, the seas and all that’s in them." The reporter replied, "Right. But do you believe that evolution is the way he did it?" Pence said, "That I cannot say. I will ask Him. But I believe in this fundamental truth [of divine creation]."

It is not only on religious matters that the views of this former radio talk show host are completely out of touch with reality. As a rule, smoke does not bother him. On cigarette smoke: "Despite the hysteria from the political class and the media, smoking doesn't kill," he said. And on factory emissions: "Global warming is a myth. The global warming treaty is a disaster," he said. The proof of this fact? "The earth is actually cooler today than it was about 50 years ago," Pence said.

The media, on the other hand, do bother him. During his time as governor, his office circulated a memo revealing a plan to create a state agency that would distribute articles that had been written and formatted for local newspapers. This was mocked with the slogan "Pravda of the Prairies" and the plan was shelved. However, Pence might want to bring it back in light of the sarcastic comments made by the press since his nomination, and after a TV interview that he gave alongside Trump, during which the Donald treated him like an obedient dog.

*Editor’s note: Pence signed a modified version of the bill into law on April 2, 2016.