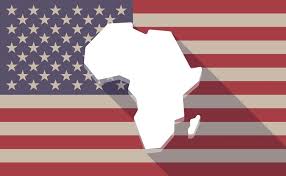 Redefining the U.S. role in the world was at the heart of Donald Trump’s presidential campaign. That leitmotif which is today the centerpiece of his foreign policy is grounded on five fundamental principles: nationalism, unilateralism, militarism, protectionism and fostering bilateral relations on the basis of ideological affinities. However, the Trump revolution in foreign policy has not affected every area and every region the same way. While certain issues such as North Korea’s nuclear ambitions have become “reserved areas” for the White House, other issues such as the African continent have stayed under the presidential radar.

Trump is not interested in Africa, and therefore he continues to inadvertently show signs of cluelessness about it. During a speech in front of his African peers in New York, “Namibia” became “Nambia” in his words. Ignorance and disdain. In Africa and elsewhere, no one has forgotten that according to media accounts, he labeled African states “shithole countries” during a meeting on immigration in the Oval Office in January 2018. He denied making that statement, but the controversy imprinted on people’s mind the idea that Trump scorns Africa as much as his predecessor, Barack Obama, who was born to an African father, respects it.

It is paradoxical that while he generated a measure of indignation in a majority of Africans (the African Union demanded an apology after that insult), Trump inspired some of them. One cannot overlook the Trump effect on Africans who are questioning multilateralism and the universality of some principles and values such as human rights, which, of course, transcend the African continent but particularly affect it. We have seen that effect recently again when Nigerian soldiers justified their actions by invoking Trump’s brutal statements during his Nov. 1 speech on immigration, when he authorized U.S. soldiers to use their weapons against immigrants if they started throwing stones at them.

And when first lady Melania Trump embarked on a humanitarian tour in Africa in October, we were still in the midst of outdated clichés. Wearing a colonial style helmet during a safari in Kenya, the first lady seemed to be stuck in a different century of U.S.-African relations.

Priority for Security and Counterterrorism

Beyond the deplorable statements which have stained the U.S. perception of Africa, the administration’s African policy has unfolded in a relative vacuum. Even though President Trump took office in January 2017, the U.S. Undersecretary of State for African Affairs Tibor Nagy, a career diplomat, was only confirmed at end of June 2018. Meanwhile, both at the White House and the Pentagon, the leaders in charge of African affairs are former CIA staffers: Cyril Sartor at the National Security Council, and Alan Patterson at the Department of Defense. In that context, the September 2017 speech by Tom Shannon Jr., then undersecretary of state for political affairs, remained at that point the only real presentation on African policy doctrine under Trump. Re-using Obama’s strategy for Africa, he inverted its hierarchy of priorities to give pre-eminence to security and counterterrorism, while insisting on trade opportunities, and placing promotion of good governance last.

The consequence of that doctrine was a growing militarization of American policy toward Africa, exacerbated by Trump’s choice to delegate the decision-making process on the ground to military officers. The long-standing American engagement in Africa has thus intensified, particularly in Somalia, with an increase in military strikes against groups affiliated with the Islamic State. U.S. engagement in the Sahel has continued in cooperation with France, which remains at the forefront, and which is also manifest in U.S. financial support to G-5 Sahel.*

The U.S. has simultaneously continued its establishment in Niger, a “strategic area at the crossroad of three terrorist fronts with bases in Libya, Mali and Nigeria,” according to Africom, the U.S. African Command.** Niger now hosts the largest American military presence (730 men) after Djibouti (with 4,000 men out of a total of 7,200 in Africa, excluding Egypt), even after the ambush which claimed the lives of four American soldiers in October 2017. Direct involvement by the U.S. in Libya has also intensified.

A Battleground against Other Powers

The evolution is clearer on trade. Applying the new precepts of transactional diplomacy and of a position opposed to free trade, the Trump administration has engaged in several revisions of the African Growth Opportunity Act, a Bill Clinton era trade law, thereby restricting the free access of African products to the U.S. market. The new restrictions particularly affected Rwanda on reciprocity grounds, and Mauritania on the issue of slavery.

In both cases, this evolution illustrates the influence of U.S. Trade Representative Robert Lighthizer, an adept protectionist, who also served under Ronald Reagan. This evolution also attests to a paradigm shift within U.S. trade policy with its avowed nationalism that demands reciprocity or imposes conditions in an effort to defend U.S. interests.

Another important consideration is the Evangelical influence, which translates in Congress to the return of the Global Gag Rule, a law which is re-enacted at the advent of every new Republican administration, and which prohibits funding any organization that practices, provides advice on or even mentions abortion. That issue has an important impact on American aid to Africa, where Planned Parenthood efforts are pre-eminent.

Most importantly, Africa is viewed in the Trump administration’s strategic documents as a battleground against other great powers. To counter China’s “new silk roads,” Congress approved a law at the end of September that formulates a new overseas investment policy that will have important repercussions in Africa. African countries at the heart of that growing competition among the U.S., China, Russia and France now have a multiplicity of alternative offers.

*Editor’s note: G-5 Sahel is an institutional framework for coordination of regional cooperation in development policies and security matters in West Africa. It was formed on Feb. 16, 2014 in Nouakchott, Mauritania, at a summit of five Sahel countries: Burkina Faso, Chad, Mali, Mauritania, and Niger.

**Editor’s note: Although accurately translated, the quoted material could not be independently verified.