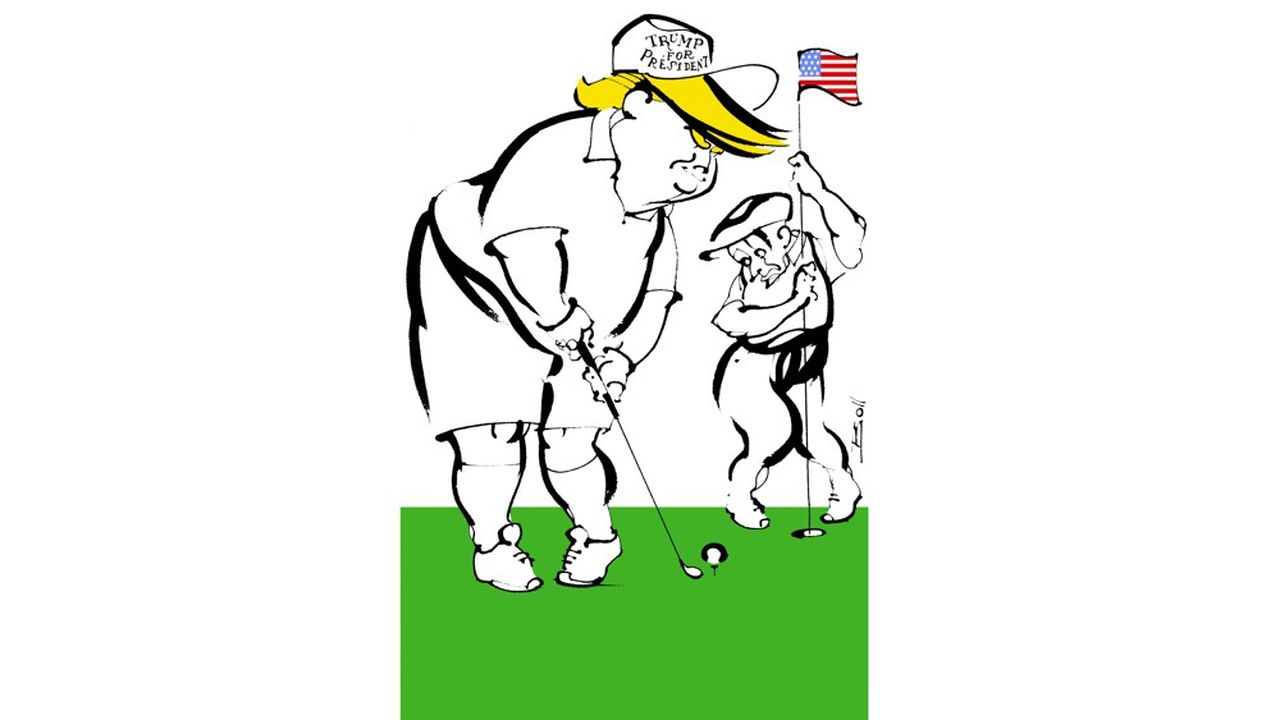 Growth remains Donald Trump's greatest asset for his reelection campaign. Although its key driver, household consumption, is weakening, the American president seems determined to boost it. But this strategy has its limits.

More than a year before the U.S. presidential election, the campaign is already in full swing. And Trump knows that his best ally is growth. Even though the American president has not kept all the promises he made in 2016, he continues to enjoy a favorable economic environment and, in the eyes of a majority of voters, presents a positive record in this area, along with the weakest unemployment rate in half a century.

But the signs of a possible recession are multiplying. Growth is slowing, business investment is falling due to the uncertainties surrounding the trade war, and industrial production is low, with worrying prospects. Trump will therefore do his utmost to stave off the crisis. This would require increased pressure on the Federal Reserve System and its president, Jerome Powell. But the Board of Governors values its independence and is unlikely to follow the U.S. president in his radical demands (lowering interest rates by one percentage point).

Moreover, it is uncertain that the rate cuts will have a positive impact on consumption. They could even be counterproductive. According to surveys published after the rate cut in late July, consumers interpreted the move as anticipation of an economic downturn, and not as support for the economy. As a result, consumer confidence fell. These expectations could have an effect on consumption in the coming months.

However, household consumption remains the driver of American growth for now. In the second quarter, although this slowed slightly, household expenditure surged by 4.3%, led by the consumption of durable goods (up 12.9%). In July, retail sales rose by 0.7% when economists were only expecting a 0.3% increase.

A decline in consumption would be catastrophic for the White House, which will seek to boost it, at least until the election, at the risk of worsening an already record-breaking budget deficit. "We’re looking at various tax reductions," said Trump a few days ago, before tempering his remarks and clarifying that that wouldn’t happen right away. Among the options being considered: a reduction in social security contributions, which does not have Trump’s support because it is invisible to the consumer-voter; further tax cuts, as the effects of tax reform have now disappeared; or the return of some tariffs, which can hurt consumers...

The American president is also tempted to satisfy his electoral base through sectoral aid. He will especially have to indulge farmers, who have been hit hard by his trade war. The White House has already paid $28 billion in subsidies to the sector to compensate for the Chinese retaliation, particularly on soybeans. Trump also signed a decree erasing the student debt of some 25,000 veterans disabled or wounded on the front lines, amounting to an estimated $750 million. However, observers expect measures for the middle class, whose support tipped the balance in favor of Trump in 2016, and has been overlooked during the tax reform.

These electoral gestures will not be enough to mitigate a slowdown in consumption, which appears increasingly structural. Firstly, many believe that U.S. consumption remains largely artificial, driven by credit. David Rosenberg, Gluskin Sheff's chief economist, even speaks of a "credit bubble" and notes that real wages (after inflation) have actually stagnated over the past several months. In July, they even fell 0.3%, according to figures from the Department of Labor.

Another phenomenon worries economists and confirms the theory that the downturn has been caused by structural factors: low spending among the wealthiest. In a society without unemployment, where the incomes of the richest have increased, in proportion, significantly more than those of any other social class, their consumption should be at its peak.

The Rich Are Spending Less

But this is not the case. The rich are investing more money than they were a few years ago but are favoring low-risk investments. Luxury real estate is experiencing its worst year since the 2008 crisis. Department stores like Nordstrom and Barney’s, which attract a wealthy clientele, are in trouble. And for the first time in a decade, art auction sales declined in the first half of the year (down 22% at Christie's, down 10% at Sotheby's).

There are several explanations for this: Cyclical factors may play a role, with the uncertainties surrounding the trade war; however, there are also structural factors. The 2008 crisis has left its mark and calls for caution, longer life expectancy and flaws in the pension system highlight the need for bigger savings, and the shortcomings of the health care system encourage even the richest to save money for fear of being hit hard.

Therefore, Trump’s possible economic recovery plans do not matter: Consumption is likely to decline. The White House can always console itself and reflect on the figures from previous election years. Traditionally, consumption remains strong in the year of a presidential election. This has always been the case since the 1980s, with the exception of the 2008 crisis.