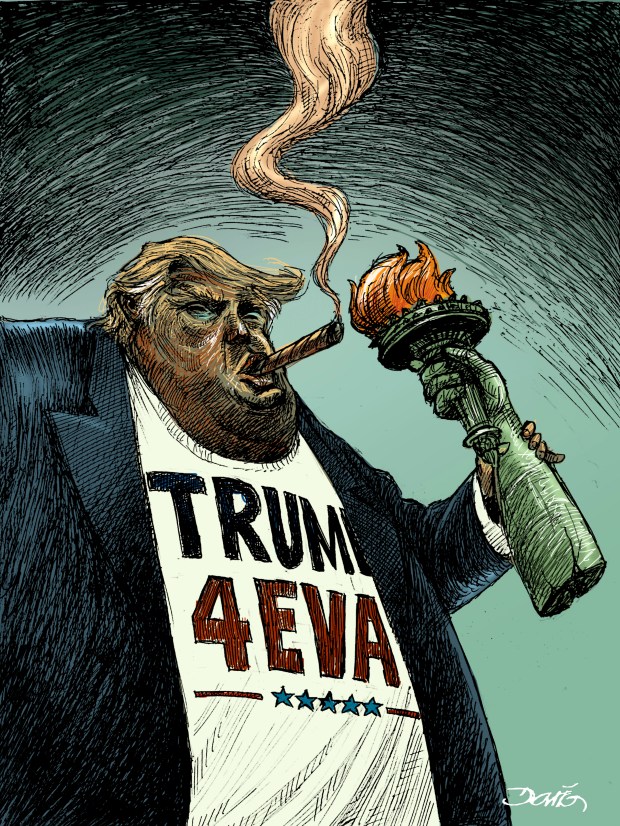 Rep. Adam Schiff presented closing arguments from the Democratic caucus of the House of Representatives to the Senate yesterday in the impeachment trial of President Donald Trump. The president was tried on charges that he illegally put pressure on the government of Ukraine to investigate his political rival, Democrat Joe Biden, and Biden’s son Hunter, based on Biden’s business dealings.

This concluded the first step by the U.S. minority party in its effort to remove a man accused of ethical, political and legal offenses from the White House. These alleged offenses range from sexual assault to tax evasion and along the way, conspiring with foreign agents and governments to tamper with the U.S. election process in 2016. But all legislative and judicial remedies have failed in this effort.

It appears that the impeachment process initiated by the House Democrats will not be the exception; all indications are that the New York real estate magnate is heading toward acquittal in the Senate, where his Republican Party holds the majority.*

Paradoxically, impeachment, a legal remedy that has only been brought against three U.S. presidents – Andrew Johnson in 1868, Bill Clinton in 1998 and now Trump himself, in 2019 – has only strengthened the reelection prospects of the incumbent for November. Far from fomenting strife in the Republican Party, the impeachment process has led it to close ranks around its president; it is assumed that Republican senators will vote in a block to acquit him.

The truth is that what is at stake in the Capitol is not restoring the rule of law, which Trump has repeatedly violated. On the contrary, it is about a political struggle in which the Democrats are seeking to remove their rivals from the White House, and the Republicans are seeking to stay there.

Sadly, this backdrop illustrates the institutional deterioration that has taken place in the U.S. and the decline in ethical standards in American public affairs. Even worse, although the majority of the public is aware of the President Trump’s legal transgressions, he seems to be maintaining enough of a voter base that there is a good chance he may be successful in winning a second term.

Under these circumstances, the only prospect for cleaning up politics in the U.S. is for progressive Democratic candidate Bernie Sanders to get stronger.

But although the Vermont senator has started out well positioned among voters as the Democratic Party primaries begin, it seems highly unlikely that the political business establishment that rules in Washington, and whose network of interests extend to both the Republican and Democratic parties, will agree to facilitate Sanders’ path to the White House.

In sum, the predictable failure of the impeachment process against Trump seems to be one more chapter in the downward spiral that is taking over the political sphere in the United States.

*Editor’s note: The U.S. Senate voted to acquit Donald Trump of both impeachment charges on Feb. 5, 2020.