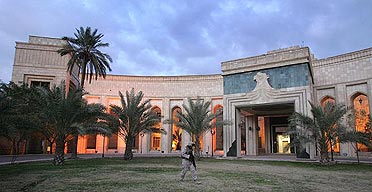 First, I should point out that what circulated in the Arab media about a draft resolution prepared by the U.S. Congress to deal with the Iraqi Kurds and Sunnis as independent states, and to be financed and supported on this basis, is not accurate. In fact, the U.S. House of Representatives was discussing the Department of Homeland Security’s 2016 spending budget, which includes a special clause about the war on Islamic State, supporting Iraq with about $715 million. By the way, there is no special clause about Iraq in this budget.

The Chairman of the House Armed Services Committee, Republican Representative Mac Thornberry, suggested that 25 percent of this amount should go directly to what he calls the “Sunni forces” and the Kurdish peshmerga, and to restrict and suspend the remaining amount depending on the Iraqi government’s response to the “specific conditions for political reconciliation.” Both the U.S. defense secretary and the secretary of state will monitor how the Iraqi government will accomplish this. If they decide that it failed, they will end support, and instead convert 60 percent of it to the Kurds and Sunnis directly. This way it will not be in conflict with U.S. legal restrictions, which require that official support be sent only to states. The draft proposed to deal with the Kurds and Sunnis as two states.

Certainly there is no American consensus on this plan, nor on the form and size of support for Iraq in its war against the Islamic State group. If this idea is adopted by the American legislative institution, at least from one particular side, this does not mean it is accepted by the U.S. government. The U.S. Embassy in Baghdad has issued a statement saying that the person in charge of U.S. foreign policy is President Barack Obama, and the draft prepared by Congress does not reflect this policy.

Also true, this draft reflects a widespread American weariness toward the reluctance of the Iraqi government — Shiite, here — to support Sunni fighters, and even a general American view that the Iraqi government gives U.S. military assistance to sectarian groups, by supporting the factions of the Shiite “popular crowd,” and excluding Sunni fighters. A while back, the coalition was on the verge of making a solo decision of arming the Sunni tribal fighters, before dismissing this idea.

These ideas are not a “U.S. plot to divide Iraq,” as described by the Iraqi campaign against it. They are not even a process to divide it into three federations, as Vice President Joe Biden did years ago. They are an extension of old U.S. doubts, dating back to at least 2005, and a growing conviction that Iraq is going toward “a dictatorship of the majority,” or a political system characterized by tyranny of the majority. The meaning of this expression is that the Shiite political elite failed to avoid monopolistic tendencies and to build a political system involving Sunnis and Kurds, in a serious and effective way.

In my opinion, these doubts were one of the most important American political concerns about Iraq, and a number of policies taken by the United States on Iraq grew out of such concerns. They attempted to introduce these into the 2005 constitution to prevent a dictatorship of the majority — the Federation Council, the Council of the Supreme Politics … — and they interpreted the phenomenon of the Islamic State group as the product of the crises in the political and sectarian systems, which all lead to this draft.

Even when the Americans supported al-Maliki at a given moment and stood against the project to withdraw confidence from the government in 2012, they wanted to keep the balance between on the one hand, opposing the sectarian politics, and on the other, working to maintain the Iraqi political establishment.

The mistake the Americans made then was considering the stability of the Iraqi political establishment a priority, rather than facing sectarian politics and applying pressure to ensure the establishment of a more efficient power that could integrate all community components. They did not pay attention to the fact that sectarian politics will only undermine the entire political system, which is what happened in June 2014, with the fall of Mosul.

In the years prior to 2003, the Americans were persuaded by the views of some Iraqi Shiite liberal elites that they should not be dealing with the Shiites in the region as having the same political agenda and that the Iraqi Shiites could provide a better model as opposed to the Iranian model or the Hezbollah model in Lebanon. They could possibly split from the radical Shiite policy and bond with the West, engaging in a democratic project. This bet not only failed, but now the Iraqi Shiites are integrating, little by little, into Iranian radicalism, while getting instructions from the West and America.

A few years ago, Obama and the Americans reached a decision to leave and curse Iraq. But with the challenge of the Islamic State group, here they are again faced with their old misgivings, which now appear to be posing a global danger, not just an internal affair.