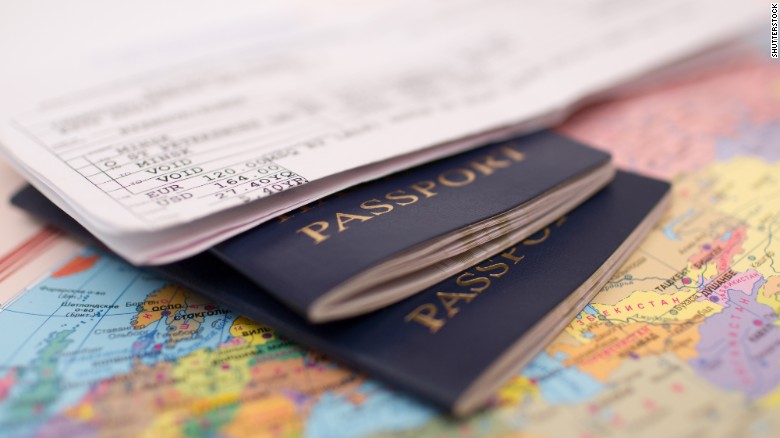 A discreet battle has been taking place the last few months in the United States between the White House and Congress, surrounding the issue of recognizing Jerusalem as the capital of Israel. Several attempts have been made over these past few years — under pressure from Congress, Israel and the Israeli lobby — to cross the Rubicon. But could Washington afford to engage the U.S. in a denial of international law and directly defy the United Nations?

This has led U.S. presidents — including the most fanatically pro-Israel, such as George W. Bush — to exercise restraint and temper each other’s enthusiasm. If Congress signed a law to transfer the U.S. embassy to Jerusalem, the presidential veto would have put a stop to it, as the U.S. has more to lose than to win. And then the opportunity came to bypass the White House’s veto, which Congress seized on: U.S. citizens whose children were born in Jerusalem demanded that the country listed in their children’s passport be Israel.

Therefore, a federal law signed in 2002 by former president George W. Bush authorized a U.S. citizen born in Jerusalem to have “Israel” marked in their passport. Nevertheless, as pro-Israel as he was, Bush took the precaution to attach his signature to a declaration formally prohibiting the passage of a law imposed by Congress that suggested that Jerusalem was the “capital” of the Jewish state, as it “impermissibly interferes with the president’s constitutional authority to conduct the nation’s foreign affairs.” Congress, then, impermissibly interfered with the prerogatives of the Executive, which the White House didn’t want to overlook and brought before the Supreme Court.

The Supreme Court, after eight months of deliberation, pronounced its ruling on this case last Monday (June 7), restoring the executive its rights. With six votes for and one against* (that of the chief justice) out of nine — note that three Jewish judges voted in favor — the Supreme Court decided that the president of the United States has “the exclusive power to grant formal recognition to a foreign sovereign,” and it’s up to him to decide on the “status of Jerusalem” in a passport. The decision of the Supreme Court, presented by Justice Anthony Kennedy specifies: “The provision forces the president, through the secretary of state, to identify, upon request, citizens born in Jerusalem as being born in Israel when, as a matter of United States policy, neither Israel nor any other country is acknowledged as having sovereignty over Jerusalem.”

The U.S. Supreme Court was thus simply conforming to international law and specifically to the status of Jerusalem as defined by the U.N. Security Council on Nov. 29, 1947 in Resolution 181 (II) relating to the historic partitioning of Palestine. The U.N. planned for the demilitarization of Jerusalem by forming a distinct entity under the auspices of the U.N. Trusteeship Council, who had to work out a status for the Holy City and assign a governor. The war of 1948 led to the cancellation of this project, but did not alter the foundation: Israel has no right to Jerusalem, which was divided into two sectors – East (under Jordanian jurisdiction) and West (occupied by Israel).

In addition, Resolution 194 (III) of Dec. 11, 1949 reiterated the principle of internationalization and the existing rights over the Holy City. After the Six-Day War (June 1967) and the occupation of East Jerusalem by Israel, the U.N. Security Council enacted Resolution 252 (1968), which definitively reaffirms that “all legislative and administrative measures and actions taken by Israel, including expropriation of land and properties thereon, which tend to change the legal status of Jerusalem are invalid and cannot change that status.” The council expressly asks Israel “to rescind all such measures already taken and to desist forthwith from taking any further action which tends to change the status of Jerusalem.” Without citing them all, the U.N. resolutions have reaffirmed throughout the years the special character of Jerusalem, over which Israel has no right despite its attempts to change its status.

Moreover, the Security Council called upon Israel to “abide scrupulously by its legal obligations and responsibilities under the Fourth Geneva Convention, which is applicable to all the territories occupied by Israel since 1967,” including Jerusalem. Also, the decision of the U.S. Supreme Court further clarifies the situation pertaining to Jerusalem, putting things in place — a bitter defeat for Congress and Israel.

*Translator’s Note: the author reports that there was only one dissenting vote, when in fact, three justices (Chief Justice John G. Roberts Jr. and Justices Antonin Scalia and Samuel A. Alito Jr.) voted against striking down the law.