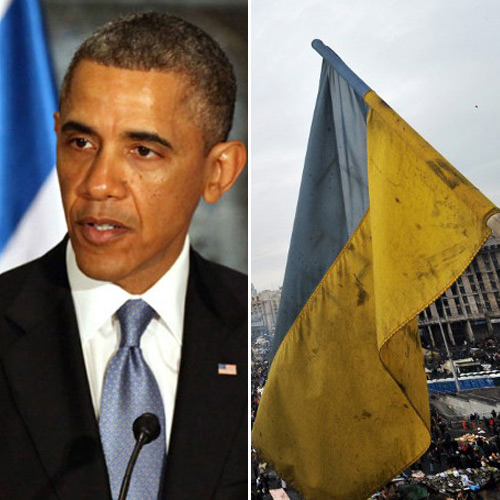 While John Kerry will fly through Kiev, it looks like his boss, President Obama, is making his farewell European tour by visiting the NATO Summit in Warsaw. It is a strange feeling to see Obama, in the second term of his presidency, in Warsaw, only an hour’s flight away from Ukraine, but without Ukraine on his route.

And we in Kiev can reiterate what I carefully included in my note at the beginning of the year: President Obama is preparing to make history as the first president of the United States — in the time of an independent Ukraine — to have never visited Ukraine, even for a brief moment. Perhaps never in the history of an independent Ukraine has the visit of a U.S. president been so called for, given the unprecedented external aggression and the attempts to rebuild Ukraine on the piercing ruins of corruption.

My colleagues, some of whom are high-ranking American diplomats, assure me there is really no need to pay so much attention to the visit of President Obama, as Vice President Biden has sufficient carte blanche to speak for the president on the Ukrainian question and to send appropriate signals. Obviously, they are lying; visits by U.S. presidents are signals unto themselves, regardless of what verbal signals American presidents send during the visit itself.

So, there is no need to freak out over the lack of a visit, but at the very least, we should try to seriously analyze the reasons why Obama has not accepted an invitation to visit Ukraine, and endeavor to reach the appropriate conclusions.

I’d venture to say that in the history of independent Ukraine, there has been no other U.S. president so uninterested in Ukraine from a political point of view, or so emotionally unattached. This is so despite the fact that for more than half a year, Obama constantly had to hear the word “Ukraine,” and consider how to react to what was happening around the world. At a meeting with former Prime Minster Yatsenyuk, Obama even admitted he paid more attention to Ukraine after the annexation of Crimea than he did to Syria.

Even Obama’s colleagues in the Democratic Party, including those who worked in the Bill Clinton administration, were quite shocked by how pathetically the Obama administration approached the Ukrainian question. They say it is difficult to imagine that other administrations would provide such leeway for an assistant secretary of state (in our case, Victoria Nuland) to conduct such important and sensitive negotiations with Russia, such as those Nuland conducted during a period of more than six months while in dialogue with Surkov around the Minsk agreements.*

Of course, the fact that nobody encouraged Obama to care about Ukraine at the time and the resultant insufficient interest in our country can be only one factor and not the main reason why the request and invitation of the Ukrainians did not find sufficient support in the White House.

Obviously, there are other reasons. In particular, Ukrainian authorities failed to show any apparent success over the last two years that the American president, while in Kiev, could have pointed to as achievements by his administration. All important reforms remind one of nibbled Ukrainian apples: Ukrainian authorities took a bite of the old system but could not swallow it.

Also, Obama did not want his visit to be a personal gift to President Poroshenko. Petro Alexeyevich* (and this is not particularly secret) is not well trusted by the White House, as was indicated during informal conversations by representatives of the current U.S. administration. Poroshenko’s political will to fight the oligarchs and corrupt schemes is questionable, and he enriches himself while increasing the overall impoverishment of Ukraine. However, it is worth recalling that the very unpleasant President Yushchenko and the political chaos in Ukraine did not prevent George W. Bush from visiting Kiev in 2008 on his way to a similar NATO summit in Bucharest. Obama could have made his visit conditional on the acceleration of certain reforms.

Some colleagues in Washington also said Obama did not want to irritate Putin, which would only prompt Russia to spread increased propaganda prior to a visit to Kiev, thereby helping Ukraine to present the U.S. as a part of the conflict. From the start, Obama has been 100 percent committed to a resolution of the Russian-Ukrainian conflict because of the reasonable belief that during Obama’s presidential term, it would be impossible to prevail over Putin. Moreover, in U.S. government circles, there is no understanding of what this victory over Putin should look like, or how it could adequately be sold to American voters. The collapse of Putin’s regime would be considered equal to the collapse of Russia. Officials and analysts in Washington have gradually included the concept of “management of collapse” in their lexicon, but it is obvious that responding to this challenge will be a hot topic for the next administration. For the current administration, in turn, it is also important to prevent the political or financial collapse of Ukraine. This is the general policy of the current administration, and the fate of Ukraine — development or, God forbid, decay — will also be an issue for the next administration.

And what about Kerry? Kerry is an expert on the Middle East and a professional politician who is able to demonstrate the unity of the American position. While Kerry and Obama have a history of difficult relations, and while some of the decisions made by the current administration were initiated prior to Kerry’s term as secretary of state (such as the renewal of relations with Cuba), it is good that our friends in the administration persuaded him to honor his promise to visit Ukraine.

To paraphrase a classic metaphor, Ukraine today for the United States and the West is a headache that is always with you. To be considered interesting and important by Washington, or any other capital, we need these constant migraines to become isolated spasms.

**Editor’s note: Surkov refers to Vladislav Surkov, is a Russian businessman and politician who serves as presidential adviser to Russian President Vladimir Putin.