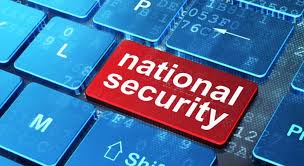 Donald Trump’s administration has unveiled its national security strategy, something which has been anticipated with great interest for a long time. U.S. foreign policy under Trump is just about universally regarded as impulsive and chaotic, devoid of any strategic contours. The style of leadership adopted by the president and his propensity for shocking behavior confirm this.

But if we set aside his demeanor and overcome the bias that’s almost inescapable in Trump’s case (he’s too flamboyant a figure to be perceived objectively), there’s far more coherence than it seems. And the new strategy document demonstrates this in concentrated form, as it was prepared in the spirit of the head of state but not by him. It was prepared instead by a team that polished the president’s views in a digestible format. What kind of a world surrounds the United States if we look at it through the eyes of the country’s military and political leadership?

It’s a dangerous, highly competitive world, and in it there are clearly more threats to American interests than opportunities for mutually beneficial cooperation. The security strategy signals a return to an era of great-power rivalry, a vacation from which, having lasted three decades, has come to an end.

Russia and China, as stated in the strategy document, “are determined to make economies less free and less fair, to grow their militaries, and to control information and data to repress their societies and expand their influence.” Hopes for integrating competitors (first and foremost the very same Beijing and Moscow) into a system that’s advantageous to America have turned out to be illusory. And in general, the U.S. should not be promoting any of its values to build a favorable world order or set up states that are loyal to it, but rather it should focus on realizing particular interests.

There is, however, a contradiction in terms: China and Russia are considered revisionist powers, which implies an aspiration on their part to revise the order Americans desire. Meanwhile, Washington itself no longer considers it necessary to support this very order – that is, it is itself stepping forward as the main revisionist.

The strategy now declares principles of free trade and multilateral agreements, which had been considered a guarantee of U.S. prosperity, contrary to its interests. The strategy confirms the importance of alliances, but this is probably a show of respect to allies so they don’t worry. Any kind of newfangled “foolishness” like climate change has been excluded from the list of security priorities.

And, of course, the credo repeated by both Trump and his closest associates, like National Security Advisor H.R. McMaster, is “peace through strength.” The idea itself is clear and, to put it mildly, not new. The belief that in order to maintain peace one should be constantly prepared for war has been an element of classical thinking by strategists since ancient times. (In Sparta and Athens, which are dear to the heart of the prominent intellectual, as well as to British Foreign Secretary Boris Johnson, such a line of thinking was commonplace.) Trump, however, is appealing to a less distant past as he refers to the speeches of such an admirer of strength as Ronald Reagan. (It’s amusing that the phrase “peace through strength” is the official motto of the USS Ronald Reagan, which was launched in 1998, while the former president was still alive.)

Russia is being blamed for undermining American power by various means, including interference in its internal affairs (a nod to the investigation by Special Counsel Robert Mueller), yet Russia’s nuclear posture is called the most serious threat to the U.S. This is a return to the “classics” of the Cold War, which, oddly enough, many in Washington also criticize. They say the administration isn’t attentive enough to Moscow’s new intrigues, like cyber meddling and propaganda attacks. The extent to which anti-Russian phobia prevails among the American establishment is evidenced by the fact that the strategy, which clearly and distinctly characterizes Russia as a threat, is being criticized as too soft on the Kremlin. In presenting the strategy document, Trump, they say, didn’t speak out harshly enough about relations with Russia, and he even — oh, the horror — mentioned the possibility of cooperation.

The scheduled strategy document released by the White House reflects Donald Trump’s world view well, which can be pieced together from his books, interviews and statements over many years and even decades. The change that Trump has brought to American policy can be formulated as follows: strength is not a means of ensuring global dominance in general, but is instead an instrument to solve U.S. economic problems, though there are no limitations regarding its use. The “global policeman” has changed its role and become, to use American terminology, a “global federal marshal” (an expanded counterpart to a bailiff that enforces court decisions). This is a different job and involves a somewhat different operational logic. As they used to say: wanted dead or alive.

In Russian, the motto “peace through strength” sounds like it has more than one possible meaning.* The first thing that comes to mind isn’t ensuring peace by growing one’s potential (which is what is meant), but peace that has to be supported against one’s will, contrary to one’s wish, something like the way one eats porridge in kindergarten. It’s good that in English there’s no alternative meaning. Or is there?

*Translator’s note: The Russian rendering of the phrase “peace through strength” could also be translated as “peace by force.”