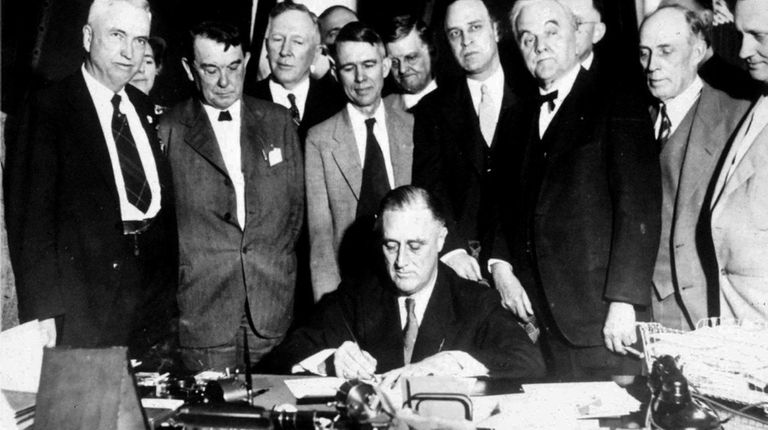 In many appearances of the final days of U.S. President Barack Obama’s final term, including during his farewell speech, one could hear choruses of voices chanting, “Four more years!”

Many polls from 2016 showed that 60 percent of U.S. voters would have cast their vote for him if it had been possible, which would have given him a third consecutive term. His polling was much higher than that of Republican Donald Trump and the other Democrat, Hillary Clinton. But, he was unable to run again because of the 22nd Amendment, a law that had been born out of the expediency of the moment in 1947, and which many of its proponents eventually regretted having passed.

The 22nd Amendment was approved by the United States Congress in 1947 when the Republican Party was in the majority and they wanted to check Democratic power. Between them, Harry Truman and Franklin D. Roosevelt had held the presidency for 20 consecutive years. Later, in 1961, when Republican Dwight Eisenhower was in the home stretch of his presidency, some of the most impassioned earlier defenders of the amendment attempted to modify it, but without success.

Currently, proposals to eliminate the amendment’s prohibition on serving more than eight years as president are founded on arguments like those made by University of Brunswick’s Andrew Rudalevige,* who says that the amendment limits the voice and will of the people. Further, it deprives society of the most experienced, and the most skilled, political leaders.

Additionally, a president limited to just two terms can often be treated as a lame duck in their second term, in a lethargic government with few incentives to serve the common good. For that very reason, many countries that are allied with the United States, including England, Italy, Japan and Australia, do not have limits on presidential re-elections.

A recent study by political science professors, James Alt of Harvard University, Ethan Bueno de Mesquita of the University of Chicago and Shanna Rose of New York University, demonstrates that states whose governors are re-elected for more than two terms have experienced more economic growth and prosperity than less stable governorships.

For all the reasons outlined above, the 22nd Amendment, far from being beyond dispute, is currently the subject of quite serious debate.

*Editor’s note: Andrew Rudalevige is a professor at Bowdoin College, located in Brunswick, Maine, not the University of Brunswick.