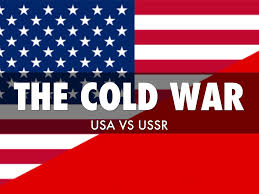 We live in a time of historical falsification. In international relations, adversaries and enemies are often the result of complicated processes of social construction. This gradually leads to dangerous distortions that pave the way for wars and other cataclysms.

The history of perceptions cultivated today about Vladimir Putin is an example of this type of evolution. The U.S. obsession with maintaining its hegemony is intimately connected to this story. The power of the military-industrial lobby is the key driver in the process. And the role of the media in molding public opinion is an additional key ingredient. The result is a dangerous swamp from which the two greatest nuclear powers will find it difficult to escape. Today, the confrontation is concentrated in Syria and in the Ukraine, but it could transform into a nuclear confrontation between both powers.

In 1989, the Berlin Wall was torn down. In exchange for reunifying Germany, Mikhail Gorbachev received assurance that NATO would not expand to incorporate the former satellite countries of Soviet Russia. In 1990, Gorbachev listened to Secretary of State James Baker, who promised that NATO would not move toward the east, “even an inch.”

The same promises were made in meetings with German Chancellor Helmut Köhl. West German Foreign Minister Hans-Dietrich Genscher was clear in his speech on Jan. 31, 1990: The changes in eastern Europe and the reunification of Germany must not lead to an “impairment of Soviet security interests,” and NATO must rule out an “expansion toward the east, i.e., moving it closer to the Soviet borders.” These were the promises and guarantees heard by Gorbachev, the highest Soviet leader. Archives that confirm these facts can be found at nsarchive.gwu.edu.

The Soviet Union was dissolved in 1991. In 1993, Russian President Boris Yeltsin again received guarantees that there would be no expansion by NATO. But in March 1999, everything changed: Poland, Hungary and the Czech Republic joined NATO. The event received a very negative reception in Russia. Yeltsin felt betrayed and was furious. George Kennan, architect of the Soviet Union containment policy, described the expansion of NATO as a historically terrible error.

Putin became president of Russia in May 2000. One year later, he asked that Russia be made a member of NATO, which would radically change the nature of the Atlantic alliance, making it an association to ensure regional peace. The response from Washington and Europe was negative.

After the attacks on the twin towers on 9/11, Putin called George W. Bush and offered his support. During the preparation for the invasion of Afghanistan, Putin allowed the transportation and deployment of the U.S. military along the Russian border. But later, in 2004, when NATO embraced seven other countries from Central and Eastern Europe, including Bulgaria and the Baltic republics, Putin’s exasperation reached its limit.

In 2007, Putin reminded Group of Seven 7 major industrial nation leaders of their broken promises. He pointed out that the expansion of NATO was a provocation that undermined Russian confidence, immediately asking against whom the expansion of NATO was directed. The following year, when signs indicated the United Nations would admit Georgia, a former Soviet republic, Moscow intervened militarily to stop Tbilisi from suffering a separatist uprising. It was a warning to freeze the growth of NATO.

In February 2014, there was a coup in Kiev, leading to the rise to power of a regime with little affection for Moscow. In the opinion of Stephen Cohen, a researcher from Princeton University, the annexation of Crimea was more of a reactive response from Moscow than an act of aggression. But Washington responded with new sanctions that made any negotiated retreat difficult. The plan to make Ukraine another member of NATO marched forward. For Russia, this was a red line on the path to war.

Now, the U.S. has denounced the intermediate-range nuclear arms treaty, which opens a new chapter in the arms race. In its obsession to maintain uncontested hegemony, the military-industrial complex keeps the tradition of the Cold War alive. Putin is no saint, but he also does not reflect the image the U.S. media have painted of him. Like Gorbachev and Yeltsin, Putin is an old reflexive leader who feels the threat of a Europe that has attacked Russia twice in the past 100 years. Tragically, the arrival of Donald Trump and his egocentric delirium serves as a catalyst for an important part of the U.S. political class to revel in the madness of a Cold War that never seems to end. We live in times that are more dangerous than you think.