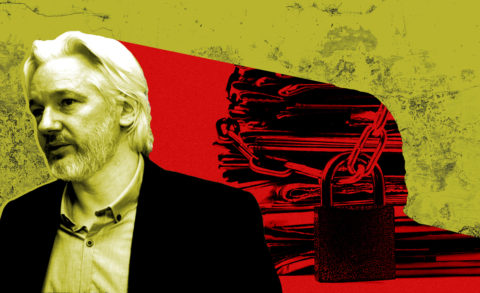 WikiLeaks founder Julian Assange has always been an uncomfortable and questionable figure. The success of his website is in its title, which implies the publication – for the whole world to know – of those secrets that governments do not want to be known. The radical transparency advocated by this type of digital activism does not mesh with the principles of secrecy with which governments operate at local and international levels. Therefore, from the beginning, they have sought to silence him – in particular the United States. Now that his asylum at the Ecuadorean embassy in London has been revoked and Assange is in custody, one senses risk, in this perverse precedent, for freedom of the press in the Western world.

Assange was held for seven years in the Ecuador Embassy. He initially sought asylum when the U.K. decided to grant an extradition request submitted by Sweden, where he is under two investigations, one for sexual harassment and the other for rape. Although the WikiLeaks founder’s legal team has always encouraged him to respond to the demands of Swedish justice, the fear was that when he entered that country, he would be extradited to the U.S., where he is wanted for conspiracy. It is not, then, a simple case.

It is necessary to clarify several points. Of course, Assange must answer for the accusations of sexual violence against him. It is regrettable that these cases have not been able to proceed and that victims have been denied due process. The founder of WikiLeaks also failed by breaking bail granted by the U.K.; indeed, no one is above the law. Finally, it is understandable that Ecuador has been uncomfortable with Assange’s failure to comply with the rules of asylum in the embassy.

We also must add that, from this site [El Espectador], we have criticized Assange’s poor journalistic practice, such as indiscriminately publishing documents containing sensitive information with no public relevance.

That said, it is naive to believe that this situation deals exclusively with the concern of British authorities over a broken bail bond. In effect, when the capture was made official, it was announced that the U.S. has filed an extradition request for Assange on charges of helping Chelsea Manning crack a password. In fact, the U.S. wants him because he has exposed the worst practices of its government.

Since assuming the presidency of Ecuador, Lenin Moreno has wanted to get rid of Assange, whom he saw as a legacy of Rafael Correa.* There is speculation about pressure from the U.S. and the U.K., as well as from other countries affected by WikiLeaks publications, for Moreno to withdraw asylum protection. We imagine it didn’t help for Assange’s website to begin publishing information that failed to shed the best light on Ecuador’s president.

Looking at the history of WikiLeaks publications, one can understand why there is so much interest in prosecution. Nearly 250,000 diplomatic cables from U.S. embassies around the world obtained by the platform were published in recognized media of all countries, El Espectador among them. Even from Assange’s place of asylum, WikiLeaks continued publishing details of U.S. tactics during commercial negotiations, of spying on foreign diplomats and of the ways the CIA used hacking to achieve its objectives.

There is a key distinction: WikiLeaks was not the one who obtained this information illegally, it was the platform that received and decided to publish it. In that way, its work is identical to that of any other means of communication, protected by the right to freedom of expression and, more importantly, it is not criminal.

The extradition of Assange would then send a worrying message to all those who dare to set off alarms around the world: Their efforts will be punished. Do we really want to set that kind of precedent in our democracies?

*Translator’s note: Rafael Correa is the former president of Ecuador.