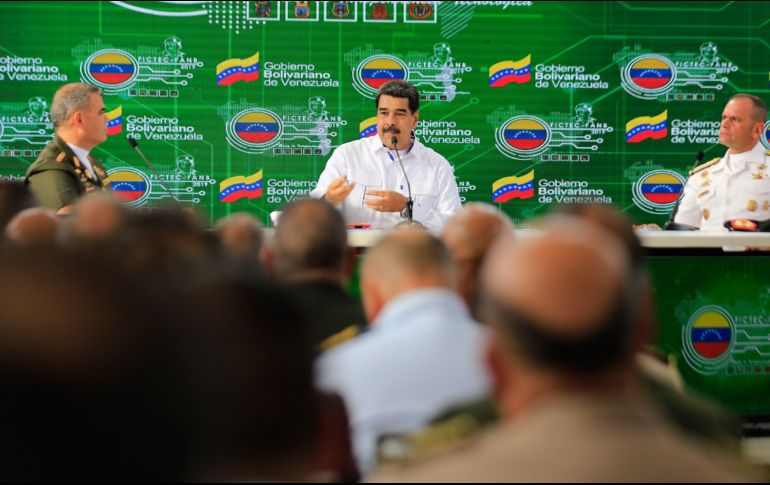 Whatever the usurper says, the reality is that he is economically surrounded.

On one side, White House National Security Advisor John Bolton asserts that the U.S. Coast Guard watches over Venezuelan ships throughout the Western Hemisphere.

On the other side, the Americans are suspending the flights of planes carrying Venezuelan flags bound for the United States and the Trump administration is known to be maneuvering to suspend the sale of aircraft fuel in Venezuela. To that end, talks have been initiated with some large aeronautical fuel brokerages.

In addition, due to default in payment, the shipping company Bernhard Schulte Shipmanagement took action to legally stop three tankers of PDVSA* because of the outstanding debt of the state holding company.

And while all of this is happening, a commission of the United States Senate with Republican and Democratic participation, led by Bob Menéndez, a New Jersey Democrat, and Marco Rubio, a Republican from Florida, is the force behind the Venezuela Emergency Relief, Democracy Assistance and Development Act of 2019, or VERDAD (truth).

And what would approval of VERDAD imply? Well, among the measures to be applied would be: $400 million in humanitarian aid for Venezuela; visa revocation for family members of sanctioned Venezuelan regime officials; sanctioning long-overdue indebtedness by Nicolás Maduro and the gold trade; and the coordination of sanctions by international organizations, especially government in Latin America and Europe.

In addition, the project proposes the expansion of current means to address kleptocracy, formal recognition and support of interim president Juan Guaidó’s efforts to restore democracy and accelerated planning with international financial institutions to advance the reconstruction of post-Maduro Venezuela.

If this is not encirclement of the usurper on all sides, then I do not know what to call it.