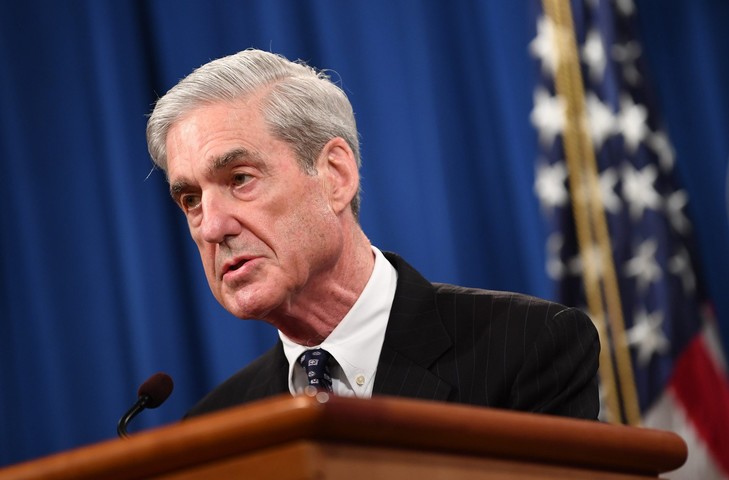 On Wednesday, July 24, the former special counsel testified in front of two House committees. The former FBI director warned that he would stick to the information included in the public version of his report.

“No, I’m not going to be watching, probably, maybe I’ll see a little bit of it,” Donald Trump says. He feigns indifference, but he should not have resisted the temptation to turn on his television on Wednesday, July 24, to watch the live broadcast of Special Counsel Robert Mueller testifying before Congress. “A ridiculous witch-hunt. No collusion, no obstruction,” the president said for the umpteenth time on Monday, July 22, visibly eager to turn the page on the Russian investigation that has haunted the first two years of his term in office.

No Exoneration on Obstruction of Justice

In a single public declaration on Wednesday, May 29, Mueller refused to exonerate Trump with regard to obstruction of justice allegations. Because of a Department of Justice policy, charging the president was, however, not an option. “If we had had confidence that the president had clearly not committed a crime, we would have said so,” he stated, clarifying that “a president cannot be charged with a federal crime while he is in office.”

“The Constitution requires a process other than the criminal justice system to formally accuse a sitting president of wrongdoing,” the special counsel added, alluding to Congress’s formal impeachment procedure.

On the issue of Russian interference in the 2016 presidential election and the way in which Trump’s campaign team looked to benefit from it, the special counsel also concluded that there was no evidence “sufficient to establish that the president committed an obstruction of justice offense” involving the two parties.

Frugal with his words, reserved and methodical, Mueller, 74, had warned he “would not provide information beyond that which is already public in any appearance before Congress.”

On Monday, July 22, in a letter addressed to the former special counsel, Associate Deputy Attorney General Bradley Weinsheimer, he expressly asked him not to go beyond the public version of his report and not to answer questions on subjects covered by executive privilege or concerning ongoing litigation. The testimony therefore risks disappointing the president’s opposition as well as his supporters.

Democrats Divided on the Matter of Impeachment

The Democrats are divided over whether or not to use this opportunity to launch impeachment proceedings in Congress, a process that is doomed to fail because of the Republican majority in the Senate and the risk that impeachment would interfere with the 2020 presidential election debates.

As the Democrats make up their minds, they are hoping that Mueller’s testimony will reach more Americans than did his investigative report, an austere judicial tome that was ignored by the great majority of Americans.