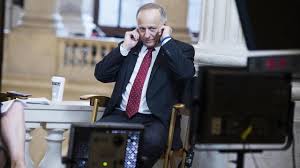 President Donald Trump is often accused of being a politician who projects racism, misogyny, Islamophobia and anti-immigration sentiment. Although he denies this, he continues to tweet discriminatory comments, confirming that he is biased. People have said he represents such prejudicial ideology.

Because Trump’s base welcomes and endorses his discriminatory speech, many Republican members of Congress do not condemn it, merely going along to gain votes from Trump supporters. In some electoral districts that have an absolute Republican majority, several representatives have eve upped the ante, taking it for granted that because they belong to the correct political party, voters will ignore their offensive language and disturbing remarks. Rep. Steve King is such an example.

King represents Iowa’s 4th Congressional District. King has been reelected eight times since he first won a seat in Congress in 2002, even though his constituency underwent redistricting due to a decrease in the number of seats in the state. (It was originally the 5th District.) Excluding 2012, when he only received 55% of the vote because he lost almost half of his constituency after redistricting, King received more than 60% of the votes in all the other elections. The only exception was the 2018 midterm race, when the Democrats regained control of the House in a whirlwind campaign and flipped two districts in Iowa. King only received 50.7% of the vote, winning with a dangerously narrow margin of three percentage points over his opponent. His district, which Trump won by almost 10 percentage points in the 2016 presidential election, has the only remaining Republican seat in the state.

Regarded as a congressman with a poor legislative performance, King has gained a reputation for controversy. On the immigration issue, he once likened Americans killed by undocumented immigrants to the Jews massacred in World War II. He also supports building a 12-foot wall on the U.S.-Mexico border and thinks law enforcement officers probably have a sixth sense — they can spot and arrest undocumented immigrants based solely on clothing and appearance. In 2011, King opposed the free contraceptive measures provided by Barack Obama’s health care law because he believes abortion is not constructive to American culture and, further, will cause American civilization to deteriorate.

King also opposed benefits under the Development, Relief, and Education for Alien Minors Act for children in the country without documentation, which would allow them to become citizens after receiving higher education. King pointed out that behind every exceptional “Dreamer” who is a valedictorian are 100 drug smugglers. King believes that multiculturalism is a tool used by the left to divide America. In his mind, no other ethnic group has done more for humankind than Western civilization. He has told European right-wing leaders that the cultural suicide caused by shifts in demographics must end.

At the beginning of this year, when King was interviewed by The New York Times, he complained that white nationalists, white supremacists and Western civilization had become offensive topics. After the interview, House Republicans finally removed King from two House committees, making him a representative who does not serve on any committee.

However, it seems he hasn’t learned his lesson. In August, speaking against abortion, King said that sexual assault and incest were beneficial to human population growth. If this wasn’t extreme and preposterous enough, perhaps with Iowan pig farmers in mind, King expressed support for China’s act of force-feeding pork to interned Uighur Muslims.

King’s many controversial remarks should not be allowed in an election. If a Taiwanese politician said much of what King has said, that politician would be attacked and lose any chance to return to office. If King still wins next year’s congressional election and is not driven out of office, we will be able to proudly say that the caliber of the Taiwanese voter exceeds that of the longstanding democracy that is America.

The author is a researcher at the Institute of International Relations at Taiwan’s National Chengchi University.