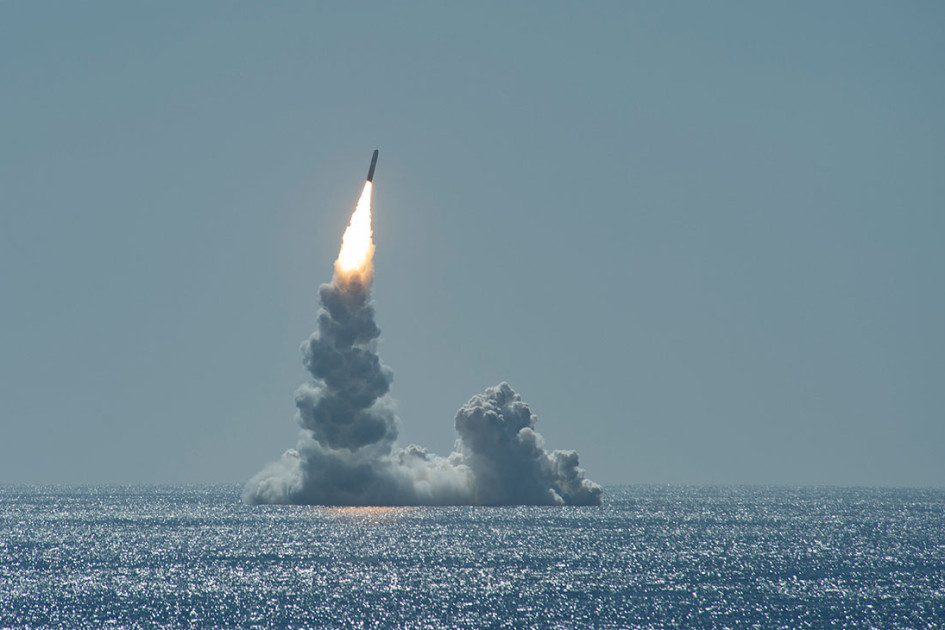 The New START strategic arms treaty is set to expire in February 2021. There is a chance that the U.S. and Russia will extend it, but everything depends on America’s political will.

There is not much time left to make a decision on the New START treaty. This nuclear arms control deal, which is fundamental to international security, contains a clause that allows the two sides to extend it if they agree to do so six months before its expiration. President Vladimir Putin has mentioned multiple times that Russia is not willing to let the deal die. Americans do not seem to be against it either, but only because the White House is being severely pressured. The Democrats strongly support extending the treaty. The military and intelligence communities are also in favor of keeping the treaty, since it allows them to monitor Russia’s strategic forces via inspections and information exchanges, and it would be hard for them to continue doing their jobs without it.

I do not think that President Donald Trump personally read the New START before deciding it was a bad deal. Rather, someone convinced him. The critics of the treaty, such as former National Security Advisor John Bolton, do not like the fact that the New START is the first equitable treaty between the U.S. and Russia. All the treaties on reduction and limitation of strategic offensive arms before the New START favored the U.S., since they all contained specific limitations on heavy land-based missiles, which Americans do not have. The basis of the U.S. nuclear triad is the submarine-launched ballistic missiles. The basis of the Soviet and now Russian nuclear forces has been land-based missiles, including the heavy ones with detachable warheads.

Bolton has left the White House, but there are still many people there who share his views. They all think that the United States does not need nuclear arms control, because its power is unmatched. However, an asymmetric response is possible. It is as irrational to start a new arms race as it was in the 1960s and the 1970s. The new arms race, if it happens, will be about the quality of weapons, not their quantity. There will be new kinds of strategic weapons, and Russia has already demonstrated some of them. In 2018, Putin unveiled the new weapon systems “Avangard,” “Poseidon” and “Kinzhal.” His announcement, including the statement on hypersonic weapons, came as a surprise to the United States.

Verification with No Strings Attached

Some argue that without the New START, it would be easier to ensure mutual verification. However, there are many legal and political nuances involved. First, Russia would have to amend its laws. It is possible to do so in theory, yet Russia would not be likely to take this step. The same goes for inspections. Back in the day, when I worked on organizing inspections in weapons control, Americans offered to substitute “inspections” with “visits” in case the U.S. and Russia decided against extending the treaty. I responded that these “visits” would be possible but only if the “visitors” did not have diplomatic immunity. For the U.S., however, it is a taboo; it does not allow its representatives to visit foreign countries without legal protection.

This is why without the New START, we will lose an opportunity to get important information about what is occurring on the other side. Currently, the treaty limits the number of deployed strategic nuclear warheads to 1,550. Furthermore, from a technical point of view, each “Trident” missile on a submarine can carry up to 12 weapons. Now, thanks to the New START, they carry only six. If the treaty dies, the U.S. might start “uploading” (increasing the number of weapons) and double its nuclear potential. Russia could do that, too, but Russia’s capabilities in “uploading” are more limited.

Some experts assume that intelligence could provide all the necessary information in case the New START is gone, mainly via satellites. However, sometimes satellites cannot register everything, and it is impossible to open the “Trident” and see from space how many weapons it contains. This is why we need inspections.

The fate of the treaty now depends on the political will of the United States establishment. They have already come up with their terms; for example, the intention to include China. This is highly problematic since the Chinese seem uninterested, which is not surprising. The sides involved in these negotiations need to be transparent about their nuclear arsenals, but Beijing does not want to disclose how many nuclear weapons it is hiding underground. China has its magic number, 300, which it has been publicizing everywhere for the last 20 years. I do not believe this information is reliable.

I think China possesses many more nuclear weapons than that, probably about 1,000, but it is never going to confirm the number. Another reason why the Chinese are not going to join the treaty is that for them, Russia is not a rival, but a strategic partner. China also believes that a nuclear conflict with the United States is highly unlikely. However, China is concerned about India. It does not want to join any potentially limiting deals if India is not going to do so as well.

India, in turn, is not going to join the treaty without Pakistan. And how do you include Pakistan without including Israel? So, it looks like we need to consider the possibility of a multilateral treaty, in which Great Britain and France would engage as well. This is highly unlikely because of the significant differences in nuclear capabilities among countries. Any arms control treaty is a treaty between sides with relatively equal capabilities. If a treaty is signed between a relatively strong adversary and a weak one, it means that either the stronger side is going to have to lower its capability, or the weaker one is going to increase its arsenal.

The United States also wants to include Russia’s new kinds of weapons in the treaty. Again, the treaty should serve both sides equally. With “Avangard,” everything is clear since it is just a hypersonic unit that can be installed on intercontinental ballistic missiles, like “Voevoda” or “Sarmat,” so it can be classified as a warhead. However, “Poseidon,” an unmanned underwater vehicle that carries nuclear weapons, is still under development. If “Poseidon” gets accepted by the army, it will mean that the Russians will possess something the Americans do not.

Furthermore, the United States has no good reason to develop a similar vehicle because it will not be able to reach any country except its allies. As for Russia, its maritime boundaries lie in the Arctic and the Pacific oceans. Unlike the United States, Russia does not have big industrial complexes or military facilities there. Thus, Moscow will not give up “Poseidon” if the Americans simply ask Russia to do so. Russia will ask for certain compensation; for example, something concerning the U.S. orbital unmanned vehicles, which Russia does not have.

I believe that before the U.S. and Russia resolve these issues, they could just save the New START as it is by extending it for five more years. In the meantime, the two countries can work on figuring out a new treaty, which would account for the new reality. However, the U.S. and Russia will have to ease tensions between them to hold successful negotiations, and stop confronting each other in every sphere – from economic sanctions and trade to diplomacy.