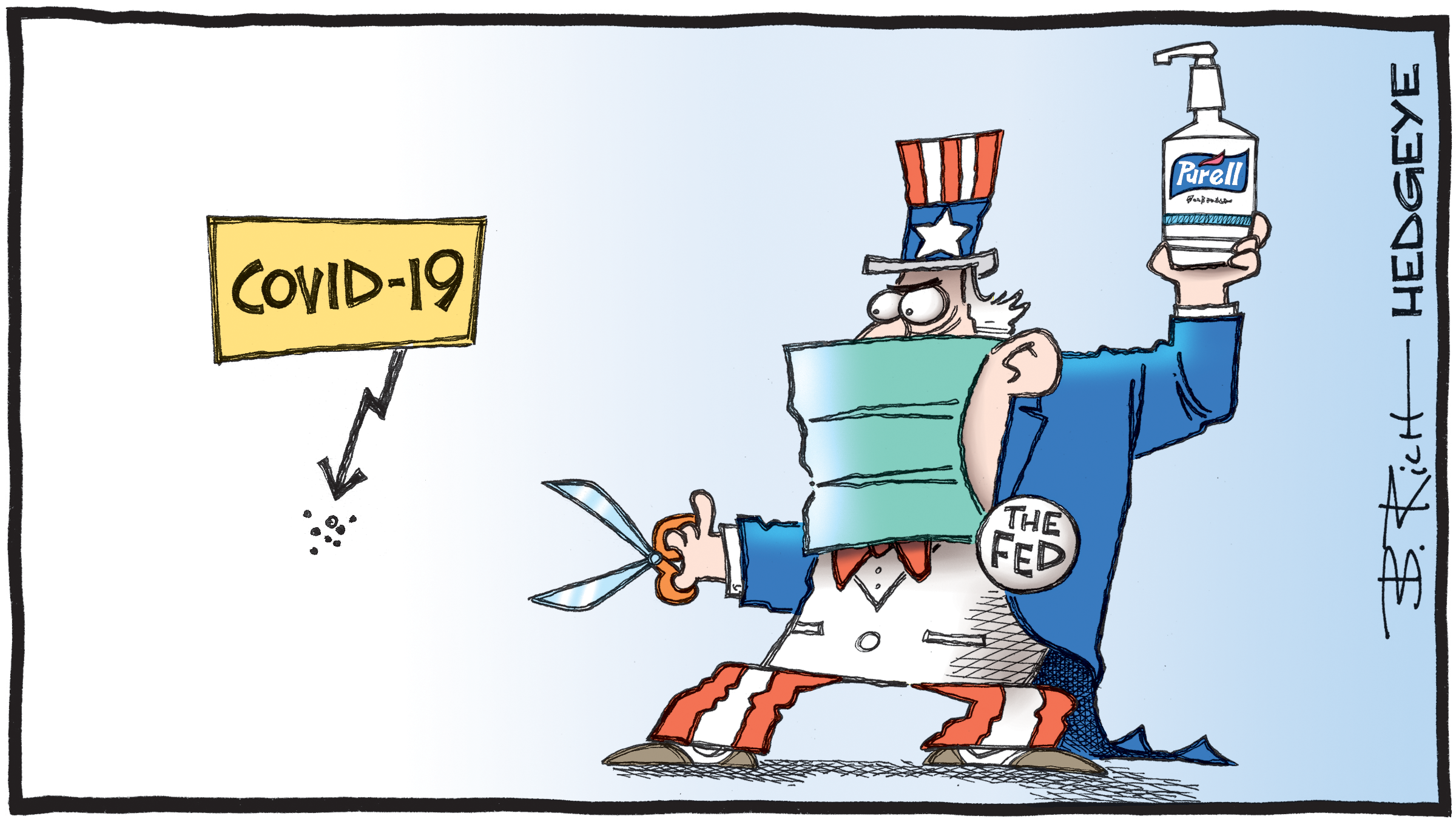 After the U.S. stock market crashed, the Federal Reserve hurriedly announced a 0.5% reduction in the federal interest rate. There is widespread doubt as to whether or not the Fed’s efforts to rescue the market will help the U.S. economy escape the impact of the spread of COVID-19 and lower the risk of an economic recession.*

This interest rate reduction is worth paying attention to because it has already exceeded the usual threshold for federal intervention. In the past, the criteria for interest rate cuts included increasing unemployment and the prospect of economic deflation. In January 2020, the U.S. unemployment rate remained low at 3.6%, and the core consumer price index has risen 2.5% compared to last year. Neither of these are reasons to cut interest rates, but rather are reasons to raise interest rates. This demonstrates that the Fed has already realized that the potential economic risks of the COVID-19 epidemic are very high, which stands in stark contrast with the estimations of the U.S. government.

Goldman Sachs recently estimated that U.S. gross domestic product growth would decrease to 1.2% in the first quarter of 2020 (compared to 2.1% in the fourth quarter of 2019 and 3.1% in the first quarter). Former Fed Chair Janet Yellen said that if the new coronavirus breaks out in the U.S., the economy may fall into a recession. Former U.S. Assistant Secretary of State for East Asian and Pacific Affairs Kurt Campbell also said COVID-19 may become “the third major crisis of the post–Cold War period, following the terrorist attacks of September 11, 2001, and the financial collapse of 2008.”

The Fed chose to announce this interest rate cut immediately following the Wall Street stock market crash. The direct effects of this decision are supposed to reduce capitalized costs and increase liquidity, but its effect on the real economy is easily overlooked. Moreover, the Fed’s flooding of the market is likely to backfire because the United States’ economic problems actually stem from excess liquidity, where a large amount of funds flow into the stock market but not into the real economy, resulting in a stock market bubble and depressed real investment. In the 11 years since the 2008 financial crisis, the three major indices, the Dow Jones Industrial Average, S&P 500 and the Nasdaq composite, have risen by 359%, 677% and 409% respectively, while the GDP has risen 45.6% in the same period.

Whether considering the aftermath of 9/11 or the 2008 financial crisis, the facts demonstrate that when the real economy declines, the stock market will inevitably collapse. Presently, the basis of the U.S. economy is weakening, and the ability to mitigate risks is lacking. It is very likely that this epidemic will lead to a real economic recession.**

Although the U.S. GDP grew by 2.3% in 2019, looking only at this number is not enough; it depends on the fundamentals that contribute to the GDP. The four drivers that make up American GDP are private consumer spending, domestic private investment, net exports and government spending. According to data released by the U.S. Bureau of Economic Analysis, in 2019, private consumer spending and private investment together accounted for 84.6% of total GDP. They constitute the basis of the U.S. economy, and this base is clearly deteriorating.

Private consumption is decreasing. It increased 2.6% in 2019, contributing 1.76 percentage points to GDP growth, a decrease from 3.0% in 2018. Looking at each quarter of 2019, in the first quarter private consumption only grew 1.1%, rebounded to 4.6% in the second quarter, then slowed down in subsequent quarters. In the third quarter it grew 3.2%, and in the fourth quarter it grew 1.8%. The private investment situation is even worse: In 2019 it grew 1.8%, much less than the 5.1% growth seen in 2018, and also lower than the 4.4% growth in 2017. Among private investments, investment in fixed assets increased only 1.3% while equipment investment increased 1.4%. In 2019, private consumption and private investment in fixed assets together constituted 1.99% of GDP. If stock sales are included in the sum of private consumption and investment, then in the second quarter of 2019 this number grew 1.87%, in the third quarter it grew 1.95%, but in the fourth quarter it only grew 0.12%. This is closer to the real U.S. economic situation. Based on such fundamentals, it will be difficult for the U.S. to withstand the impact of this epidemic. Once the outbreak is widespread, the probability of a recession is high.

Additionally, facing the impacts of the new coronavirus, the forward-looking U.S. economic indicators are already seeing a downward trend. In February, the Markit Purchasing Managers’ Index was 49.60 − a marked decrease from 53.30 in January. This is the first time in six years that there has been a decrease in overall output. The industrial composite index in January was 109.2 (in 2012 it was 100.0), a 0.3% decrease from December and a 0.8% decrease from last year. Of this composite index, the manufacturing industry decreased 0.1% from December and 0.8% from last year. In January alone, factory orders decreased 0.5%.

Along with the development of the global epidemic, the global supply chain has been harmed, and the U.S. has also been deeply impacted. According to relevant reports, the epidemic has led to a 2% decrease in Chinese exports of cars, mobile phones and other important components in February alone, and this has resulted in a $5.8 billion loss for U.S. companies. According to CNBC, the COVID-19 epidemic has reduced Chinese consumer demand, resulting in short-term challenges for the U.S. agricultural, energy and electronic sectors in their exports to China; orders may continue to decline. J.P. Morgan’s chief U.S. equity strategist, Toby Levkovich, estimates that as the global supply chain is disrupted and demand decreases, staple commodity prices will fall and U.S. corporate profits will fall by 25%. He estimates that similar declines will occur in the stock market.

Fundamentally speaking, the impact that the novel coronavirus will have on the U.S. economy largely depends on the extent and timing of the spread of the virus in the U.S. As the epidemic spreads and downward economic pressure accumulates, the risk of an economic recession in the U.S. will further increase. Although it remains difficult to determine whether the U.S. economy will enter a recession, it is almost certain that if the Fed continues its current line of thinking and cuts interest rates, it will be difficult to avoid a recession. This strategy will only postpone the inevitable and bring increased harm to the post-recession U.S. economic structure.

*Editor’s update: On March 15, the Federal Reserve further cut its benchmark by a full percentage point to zero.

**Editor’s update: The World Health Organization declared COVID-19 a pandemic on March 11, two days after this article was published.