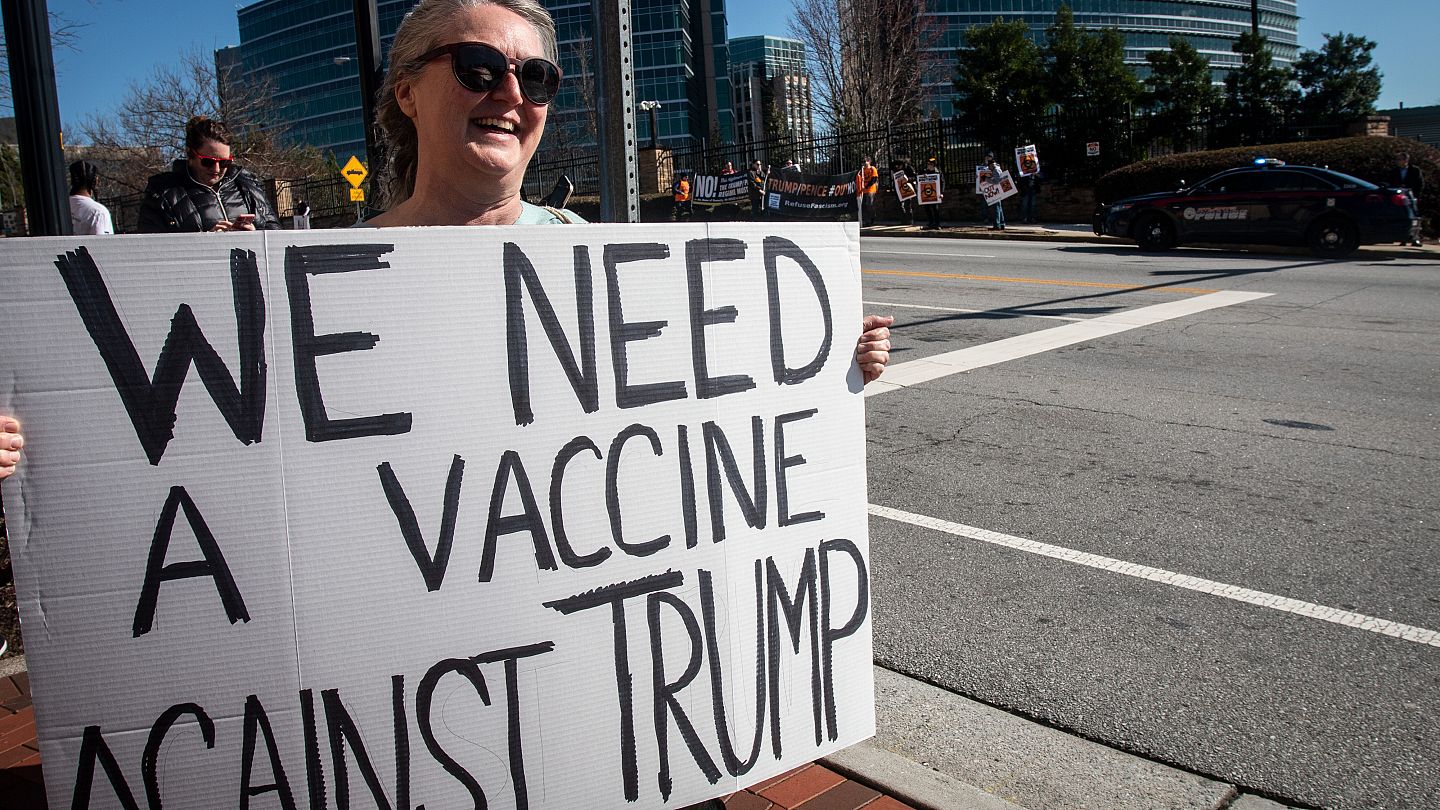 The coronavirus is, today, the worst enemy of the president of the United States. Little by little, the foundations of a policy based on economic growth and top-notch big-city jobs are crumbling. The “America First” banners are in contrast not only with the specter of a recession, but also with the harsh images of mass graves in states like New York.

Dr. Anthony Fauci, one of the most recognized epidemiologists in the country to the north of Colombia and, at least for now, one of Donald Trump’s top advisers for the management of the COVID-19 crisis, gave the president’s erratic policy a final blow. He stated that if measures had been taken in advance, perhaps the number of fatalities and of those infected would have been lower. With the arrogance that characterizes him, the president not only threatened to fire the doctor, but, in a desperate move to distract public opinion, withdrew his support for the World Health Organization, accusing it of covering up for China during the early days of the crisis.

The United States has become the epicenter of the pandemic. What was once thought to be a simple little flu has shaken the world’s giant. It will soon have 1 million infected and 50,000 deaths. The coronavirus monster has shown its worst face to a country that, despite its income, lacks an accessible public health system. Logically, this has placed the middle and lower classes in a vulnerable position — paradoxically, where Trump’s electoral base is located.

But the virus also arrived at a crucial time: the campaign for the presidency. In the 20th century, there were very few U.S. presidents who lost a reelection. That, added to the current composition of Congress and encouraging economic figures, suggested that the tycoon would have no major obstacles in his campaign to stay in the White House. Neither Bernie Sanders, a politician regarded as a socialist, nor Joe Biden seemed to have a chance in competing against an indecipherable, polarizing and capricious president, who is nevertheless capable of speaking to a fanatical Republican mass. However, the outlook today is not very encouraging. The polls are not completely and clearly in favor of the president, and his policies are melting. Little by little, he is left without firewalls and without oxygen.

As if that were not enough — in addition to mistakes in his strategy for containing the same pandemic that he repeatedly and arrogantly underestimated — the reappearance of Barack Obama has been added. In a video released a few days ago, the former president gave his support for Biden. With his unmistakable charisma and that halo of credibility that has always characterized him, he highlighted the need for a change of course. At a time when leadership is almost as important as the measures taken to combat the COVID-19 crisis, he explained, one by one, the reasons why the United States needs a president committed to the health and well-being of its citizens.

Obama’s support for Biden is crucial. Without mentioning Trump in the 12 minutes of his speech, the former president called for solidarity and unity among citizens. He insisted that in times of crisis, humble and empathetic leadership matters. But above all, he recalled how he and Biden managed to overcome the 2008 recession and the Ebola crisis, making a clear parallel with the current situation. Obama’s charisma, experience and empathy, without doubt, contrast with the wobbly tycoon’s flaws.

The road to the pinnacle of the U.S. government will not be easy. Biden will have to answer to allegations of sexual harassment. His image, according to many, despite the support of Obama and Sanders, does not seems to be of presidential stature, and he is still unpopular with young people. That is why he will soon announce the list of his Cabinet members and, not least, his plan for the vice presidency. Surely the path to the White House today is clearer for Democrats than a few months ago. The coronavirus has infected the Trump campaign; for many, the pandemic has become the cure for his second term.

What happens in the United States will have a huge impact, and not only in that country. The stability of the world economy, the nuclear rearmament of countries such as Iran, policies to prevent global warming, conflicts in the Middle East and trade tensions with Russia and China are at stake in the next four years. In our region, the situation in Venezuela will have to be resolved. As for Colombia, it must be decided whether an absolutely narcotized national agenda is resumed or renounced. This will be, then, one of the most important presidential elections in history, not only for the United States, but for the whole world.