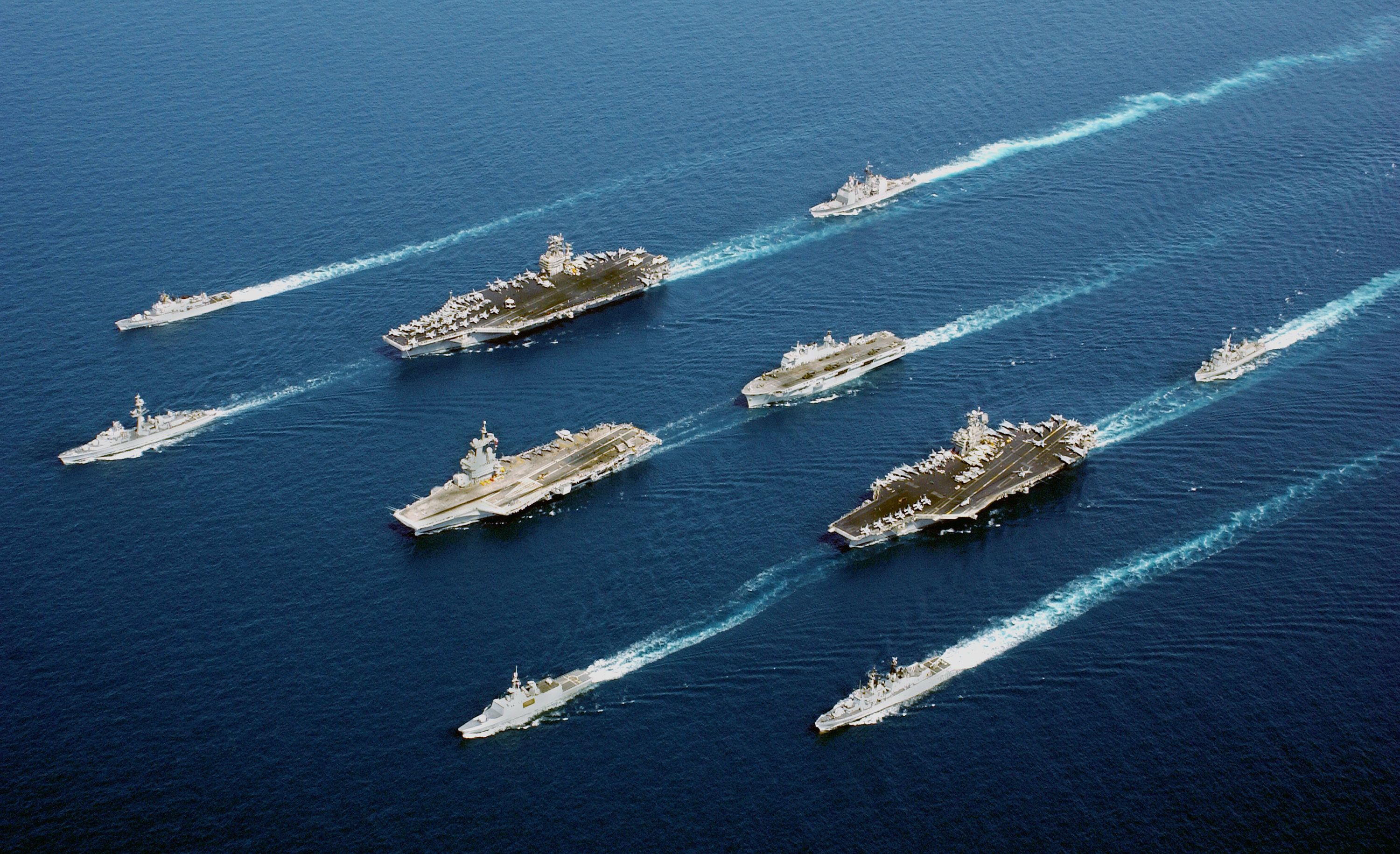 It’s an ironclad rule that people should avoid being close together to prevent the spread of COVID-19, but countries have one group that absolutely can’t follow these rules: their navy.

Battleships and submarines are rife with the 3 C’s: closed spaces with poor ventilation, crowded places and close-contact settings. Sailors live communally for days and even months in such tight spaces where their bodies nearly touch the person next to them. Voyages can span several months.

It’s no surprise that the risk of infection is high and there have already been far more than 2,000 positive cases in the U.S. Navy. That’s about 40% of the entire U.S. military.

The U.S. Navy sends its fleets around the world to keep an eye on security, and stopping these movements may very well cast a shadow on the stability of the oceans. It would be especially worrisome if its aircraft carriers, essentially its backbone, are damaged.

Since March, infections have been spreading on four out of 11 aircraft carriers, including the USS Theodore Roosevelt, forcing them to suspend their missions. The U.S. Navy has always tried to deploy its aircraft carriers in Asia-Pacific to keep an eye on China among other nations, but that principle has collapsed.

Since then, three carriers have gradually returned to their missions, but the Theodore Roosevelt has been forced to disinfect and quarantine its crew in Guam until May 20.

The impact on the American military is immeasurable. Having the strongest navy, and therefore control over the world’s waters, is one of the main reasons the U.S. has been a superpower. Its main force comes from its aircraft carriers which can each hold dozens of carrier planes, allowing them to immediately launch fierce attacks anywhere.

However, these carriers that have shaken other nations have been quickly paralyzed by COVID-19.

Naturally, the Chinese navy has also been unable to escape the 3 C’s. The Chinese military hasn’t released any tangible information about its rate of infection, but former executives of the Self-Defense Forces say that there is reason to suspect infections. In fact, information has been leaked that some exercises have been postponed and some warship captains have been quarantined.

China has been ramping up and causing provocation in the Asian seas since April. Apart from aircraft carriers engaging in exercises, public Chinese vessels have also entered the waters of the Senkaku Islands, chasing off Japanese fishing boats. Many believe that they are taking advantage of the lack of the U.S. carriers’ presence, but a Japanese security official stated, “There is a chance that they are just acting tough to hide that they, too, are suffering from the pandemic.”

So how will the threat of the pandemic influence the U.S.-China naval competition over Asia-Pacific in the future? The U.S. may be more impacted since the American fleets have to risk infection just to travel across the vast territory of the Pacific Ocean.

Undoubtedly, the U.S. Navy will try to scrutinize this issue and adapt to better deal with the pandemic. I would guess the U.S. Army is no exception, as it was also forced to temporarily cease exercises. This is a personal issue for Asia which relies on the U.S. for security.

Judging from the debates in the Pentagon, the following changes are likely to accelerate in the next 10 to 20 years:

1) There will be increased importance on distributing fleets of smaller warships, moving away from massive vessels centered on aircraft carriers;

2) There will be advancements in the use of artificial intelligence, and the introduction of drones, unmanned surface ships and unmanned submarines will be expedited; and

3) There will be more active incorporation of virtual drills, such as those using simulators for exercises.

These movements started even before the pandemic; as Chinese missiles and submarines become more sophisticated, the massive aircraft carriers have become easy targets and are more likely to be sunk.

The Navy plans to expand its entire fleet from 289 to 355 warships by the year 2034. Initially, it was trying to increase the number of aircraft carriers and atomic submarines, but at this point, it’s rethinking its direction and revisiting the idea of unmanned and downsized vessels.

For example, according to U.S. news site and magazine Defense News, the Pentagon has been entertaining the idea of reducing aircraft carriers by two, and increasing the number of unmanned and small-sized warships. Retired Navy Adm. James Stavridis, who is well versed in naval reforms, also predicts that the emphasis will shift to unmanned and downsized vessels.

Of course, it’s nearly impossible to predict how far such reforms will go. There would probably be opposition from pilots who would be at risk of losing their jobs. Undoubtedly, the munitions industry invested in aircraft carriers and large warships would also oppose such changes. A former top Pentagon official stated that in order to counteract the Chinese military, it would be necessary to hasten the unmanning and downsizing, but this would be made difficult by strong opposition on the ground.

However, even if these trends do gain momentum, there will be no turning back. The large-sized fleets centered on aircraft carriers are vulnerable not only to missiles, but also to the pandemic, and U.S. military leaders are well aware of this grim reality.

If this becomes the case, America’s allies such as Japan, Korea, and Australia, will need to be watchful of two things:

First, the influence this would have on the U.S.-China military balance. While China is rushing to develop unmanned weapons, it’s also pouring massive amounts of funding into large-size warships. It’s currently in the process of building its third aircraft carrier, and just last year it completed over five destroyers. If the U.S. goes ahead with unmanning and downsizing, we will need to carefully fine-tune our approach to keeping the Chinese military at bay with the U.S.

Secondly, we will have to reform the arms and operations of the Self-Defense Forces, the Australian military, and the Korean military to match the evolution of the U.S. Navy. It will prove difficult to operate tightly with the U.S. if we put off these efforts.

The challenge COVID-19 poses is not just to the U.S. military, but to its allies as well.

About Kelsey Lechner 13 Articles
Originally hailing from Indiana, Kelsey has a background in international relations and in humanitarian assistance. She has lived and worked in Japan, Bangladesh, and Taiwan and has experience translating for nonprofits, government agencies, and educational institutions.