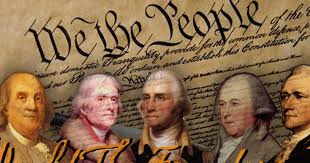 “[N]ot foreseeing any hope for the correction of the oppression they endured, they found themselves compelled to make this solemn declaration, in which the united colonies are declared a free and independent state … The issue of this declaration and the formal declaration of war against Great Britain demonstrates the courage of local commanders.” This is how Vasyli Lizakevich, the charge d’affaires of Russia in London, spoke to the first member of the Board of International Affairs Nikita Panin about the passage of the Declaration of Independence by the Continental Congress. Empress Ekaterina II denied King Gregory III’s request to send Russian soldiers to suppress the rebellious colonies, and declared neutrality. However, she did not recognize the new country. This was done by her grandson, Alexander I.

The young czar, with his liberal interests which Alexander Pushkin called “young amusements,” was perhaps the only ruler of Russia who sympathized with the goals of the American Revolution. It would be too simplistic to say that the Founding Fathers of the United States agreed with each other on everything. The structural design of the country was born from violent conflict. Their bookish minds searched in the past for examples of effective and fair governance, but the conclusion was this: All power is evil, and an enemy to freedom. Only the law can protect freedom.

Hence the concept of rule of law, which is not considered either politically reasonable or profitable, or as they say in Russia: Judge not by law, but by conscience. The architects of the American republic did not have any illusions about human nature. They knew that for the sake of ambition, greed and power, man is capable of baseness. They anxiously expected Congress to become an instrument of the “tyranny of the majority,” and therefore provided the procedural means to prevent it. With minor amendments, the original structure of the Constitution is still in effect, and the amendments are primarily directed at limiting the powers of the executive branch.

The Declaration of Independence proclaims that all men are created equal under God as a truth that is self-evident. But there is no escaping America’s original sin — slavery. The leaders of the fight for independence were perfectly aware of the contradiction, much like the Russian Decembrists. Thomas Jefferson, a slaveholder, wrote in 1785: “And can the liberties of a nation be thought secure when we have removed their only firm basis, a conviction in the minds of the people that these liberties are the gift of God? That they are not to be violated but with his wrath? Indeed I tremble for my country when I reflect that God is just: that his justice cannot sleep forever.”

England banned the slave trade in its colonies half a century earlier than the United States. Therefore, the descendants of slaves have no reason to celebrate the Fourth of July. America celebrates its national holiday with uneasiness and confusion. The curve of the pandemic, which had been flattened by quarantine, has begun to climb again. Parades and celebrations were cancelled. Fireworks were the only events that remained, with the recommendation that they be admired from a window or on TV. But, this is not the only disappointment. On a more serious note, the U.S. does not know what to do with its historical narrative. One of today’s fashion brands replaced Donald Trump’s slogan, “Make America Great Again,” with “Make Orwell Fiction Again” written on hats and T-shirts. What was depicted as a bleak dystopia not so long ago has become reality, and the regression is hard to believe. But the experiment, as the Founding Fathers considered the country they created, continues. The plague, whether it be a deadly illness or a darkening of the mind, will pass. “Again” will not happen; it will be something else. And not necessarily in a bad way.