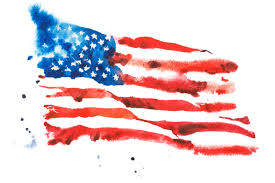 I have liked the United States for a long time. I was grateful to it.

I used to imagine the “boys” landing in Normandy on June 6, 1944 to deliver Europe from Hitler’s boot, and getting themselves cut down by German machine guns. I used to think about the commitment of Americans during the Cold War to stop the USSR from overrunning Western Europe.

In the face of all that, I was thankful.

And I renounce nothing. But over the years, I have asked myself if my old gratitude was keeping me from seeing what the United States was becoming and the negative way it weighs heavily on world order today.

Mentioning the war with Iraq in 2003 should be enough to convince you of this. In the name of democracy, the United States engaged in a crusade that destabilized the Middle East for more than a decade. You could also mention its role in Libya in 2011, which was not unrelated to the demographic tsunami that hit Europe afterward.

By seeing itself as the world’s police, the United States has contributed to global chaos in the name of a highly questionable conception of democracy that does not consider the diversity of cultures.

From an internal perspective, the American empire is shaky. Divided by extreme racial tension, a Civil War spirit gnaws away; in fact, the killings increase. It is incapable of establishing any meaningful system of social security. Who really dreams today of America as an inspiring model?

Yet it influences us. Today, more than ever, There is an American cultural imperialism, emanating from campuses and universities, which have become insane. They export their ideological frenzy, including the cult of race, pushing our societies toward ethnic decline.

It is supported by a Hollywood that spreads its fantasy everywhere, homogenizing the cultural universe of the planet. And isn’t there something immensely sad in knowing that the planet is checkered with McDonald’s and Starbucks, as if they need to impose the same tastes and flavors everywhere?

Throughout the world, the United States imposes a conception of life based on a cult of consumerism and gaudy bling.

But the bad part of the empire is in the process of obscuring all that, while continuing to hypnotize us to the point of mental domination.

It would be better to stop making the American reality our own. Our mission is not to become the vaguely bilingual 51st state of a decadent empire.