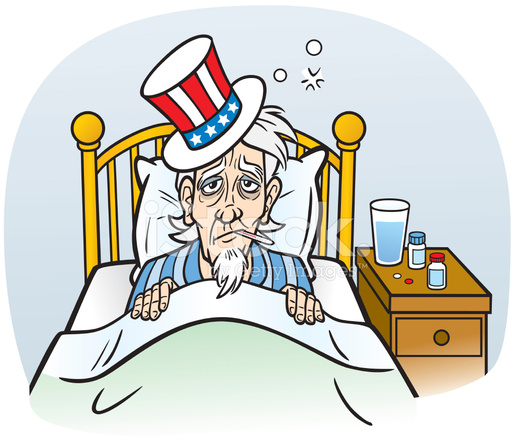 A recent poll released by the well-known American analytics company Gallup showed that the percentage of respondents who are “very proud” of the United States has decreased to 42%, reaching its lowest point in 20 years. According to records of polling on American pride, this percentage stood at 69% in 2003.

Obviously, this decline in U.S. national pride is closely related to the three major crises that the country is currently facing that have incited large-scale demonstrations and an economic recession with a persistently high unemployment rate: the novel coronavirus that has killed more than 130,000 Americans, racial inequality and police brutality. As the number of infections in many U.S. states surges again, the pandemic may usher in a second wave of outbreaks. Facing continued demonstrations and protests, President Donald Trump’s response is considered by many to be continuing to sow division and intensify conflict. On July 3, in a speech celebrating American Independence Day, Trump called the protestors “left wing thugs”* and accused the demonstrations of threatening the foundations of the American political system. That speech sparked intense controversy in the U.S. On the economic front, the U.S. Congressional Budget Office warned in a July 2 report that the domestic unemployment rate in the third quarter of this year will exceed 14%, and the U.S. economy will shrink by 5.8% in 2020 overall.

Undoubtedly, the above-mentioned crisis has exposed many structural challenges that the U.S. is facing and perhaps the most significant of these challenges is the severe weakening of the effectiveness of U.S. government control. An article in The Atlantic stated that the coronavirus pandemic is the third major crisis in the U.S. in just the first 20 years of this century: “The coronavirus didn’t break America. It revealed what was already broken.” In the face of the pandemic, the United States is “a failed state.” Faced with the death of George Floyd, an African American man, and the demonstrations it incited, the Trump administration has not only failed to work to close the divides between different racial and ethnic groups but instead adds fuel to the fire through harsh words and actions. By attacking the left-wing thugs Trump is trying to consolidate his electoral base of white middle- and lower-class citizens.

The American democratic system is facing an unprecedented attack, and this prompts a continuous decline in American national pride. Francis Fukuyama, the author of “The End of History and the Last Man,” is very concerned about the increasing polarization of American society and the resulting “vetocracy.” Princeton University professor Martin Gilens and other researchers believe that over the last few decades, American democracy has gradually been reduced to rule by the wealthy. Although the U.S. still holds regular elections, the rights and political influence of ordinary Americans have been severely weakened.

Political decay and increased economic inequality are two sides of the same coin. In a country where the poor only get poorer, how can the people be proud? Danny Quah, a celebrated economist at the Lee Kuan Yew School of Public Policy, National University of Singapore, said that from 1980 to 2010 the per capita income of the bottom 50% of the U.S. did not increase but actually decreased. This phenomenon has not occurred in any other developed country. Under the influence of “money politics,” wealthy Americans can easily utilize government tax cuts and other policies to achieve a winner-takes-all scenario. According to the World Inequality Database, the problem of income and wealth inequality in the U.S. is continually getting worse. The solidification of economic classes has reduced “equal opportunity” to a myth. Freedom and opportunity are not the same thing, and the tension between the two is actually an important lens through which to observe the current American troubles.

Needless to say, the United States is indeed ill, and the decline in American national pride is a symptom of this illness. However, the paradox is that the root cause of the American sickness is largely related to “American exceptionalism,” which is the belief that American values, political systems and history are unmatched and the best in the world. The U.S. has a mission to be a world leader. Harvard University professor Stephen Walt pointed out that the theory of American exceptionalism allows Americans to turn a blind eye to their own weaknesses, believing instead that the success of the U.S. is due to its unique virtues and that all of the good things in the world can be attributed to American wisdom. Walt asserted that these ideas are nothing but a myth. The decline in national pride may indicate that the American people are becoming more aware of problems in the U.S. and understanding them better. However, to achieve the national change they are expecting remains difficult.