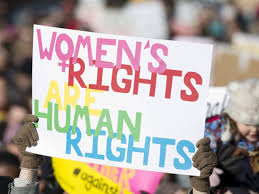 The President of the Pontifical Academy for Life, Archbishop Vincenzo Paglia, in an interview with the American Catholic website Crux, warned against turning the struggle for life into an ideological weapon, saying that the exploitation of this topic in “political football” risks causing “great harm.” The reason for the monsignor’s statement was the presidential campaign in the United States. Commenting on the election race, where the appeal to religion and life issues has taken a large place in the election strategies of both U.S. President Donald Trump and Democratic candidate Joe Biden, Paglia said that issues of ethics and morality are not exclusively the concern of one nation; they are a “global problem.” Therefore, according to him, churches in the United States should feel “universal responsibility for life and call for more active participation in solving the problem in all its dimensions, that is, in the perspective of global bioethics, which covers all the main topics related to life, the individual and the human family.”

We are talking about the following. It is common knowledge that the Roman Catholic Church is pro-life and anti-abortion. As Pope Francis stated to an audience in May 2019, “Abortion can never be the answer that mothers and families are waiting for.” The problem is that American Catholics pay special attention to this aspect, focusing on the right to be born. They are less interested in how the child will be raised, what will happen to him when he grows up, how accessible the education and medical system is in the country, whether the rights to housing and work are guaranteed. In terms of anti-abortion and pro-life movements, the Roman Catholic Church in the United States has no equal attention to this topic at the national level. If it spent at least half of this energy and zeal on questions about the child’s development and growing up, then perhaps the United States would become the most harmonious and just state in the world. This is probably what Paglia hinted at when he spoke about the need to put the problem in a comprehensive way and cover all the main topics, including life, personality, and family.

His answer contains both ecclesiastical and political components. The fact is that the topic of abortion and life itself is not so critical for the Trump and Biden campaigns. According to the Public Religion Research Institute, fewer than a quarter of white Catholics and Hispanic/Latino Catholics say they vote in accordance with their views on abortion. Therefore, the disproportionately high importance attached to this issue by the election headquarters of the Republican president and the Democratic challenger looks mysterious. But they have a reason. At the recent Republican Party convention, where Trump and his vice president, Mike Pence, were nominated, Cardinal Timothy Dolan, the Archbishop of New York, spoke about abortion and life on the first day of the meeting. Although he explained that his appearance did not support specific candidates, no one believed it. After all, Trump and Pence have the image of politicians who are anti-abortion and pro-life. While Biden, a Catholic by faith, emphasizes that he does not like abortions, but supports the right of women to have them.

However, there is something else. Biden focuses on adherence to Catholic social teaching, and here the incumbent president loses to him in the eyes of the faithful, and loses badly. “I grew up with Catholic social doctrine, which taught me that faith without works is dead, and you will know us by what we do,” declares the Democratic candidate. According to him, this makes it important for him to pay attention to the human dignity of all people on the planet, solidarity with the poor and the working class, which slips into Biden’s speeches on job security and economic policy. According to some Catholic publications, understanding the vulnerability of their candidate, the Trump staff hopes that “a special focus on abortion will serve the president well,”* distracting attention from his “unsuccessful performances during the coronavirus epidemic, actions during racial riots and in a situation of unstable economy and unemployment.”* In this, Trump is helped by the conservative part of the United States Conference of Catholic Bishops, which last November was able to approve abortion as the “preeminent priority” of the church, contrary to the position of the liberal part, which suggests focusing on social justice.

Meanwhile, the issues of social justice are a priority of Pope Francis and the Holy See. And from these positions, the pontiff criticized Trump when he expressed doubts about his commitment to protecting life. In particular, in 2017, after the president’s attempts to cancel the DACA program, which protects illegal migrants who entered the country as children from expulsion. “I heard his performance,” the pope said at the time. “He positions himself as a fighter for life. If he is a good defender of life, he must understand that the family is the cradle of life, and you must protect its unity.”

The outcome of the vote in the U.S. presidential election in November this year is of great importance to the Vatican in this context. If Biden wins, the Holy See can count on his support for the social aspect of Pope Francis’ policies around the world.

If Trump wins, the success can be celebrated by the conservative part of the Roman Catholic Church in the United States, which focuses on anti-abortion and the pro-life movement, while this agenda is less relevant both for the Holy See and for most of the Catholic communities outside the United States.

Editor’s Note: *Although accurately translated, the source for this quotation could not be verified.