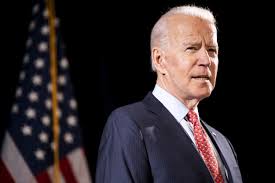 With little more than two weeks to the presidential election in the United States, the polls are unanimously pointing to a big advantage (around 10 points) for Democrat Joe Biden.* More importantly, they also indicate a wide gap in Electoral College votes for the incumbent Republican Donald Trump.

Some say the polls projected the same thing in 2016 and, in the end, Trump won.

That’s true, but only to a certain point. First, because Biden’s lead is now much larger than Hillary Clinton’s was at the time. Second, because polling firms have perfected their methods. And third, because surveys in key states have confirmed the trend so far.

But it’s always good to wait for the ballot box results because, as the old saying goes, anything could happen. In any case, given these numbers, it is good to start speculating what could change for Brazil, for better or for worse, in the case that the polling trends are confirmed and Trump is sent back home to New York or Florida.

The special relationship between Brazil and the United States, particularly between Jair Bolsonaro and Trump, seem to be an organizational axis of current Brazilian foreign policy. And since January 2019, Brazil has abandoned its foreign policy of a certain nonalignment established during the middle of the military regime.

The economic situation to date has not been encouraging, quite the contrary, but this seems to be of secondary concern in Brasilia. Ideological and geopolitical factors have spoken more loudly. Brazil is willing to suffer in economic relations for the time being provided that Trump is reelected, and thus, his support grows here.

What could change with Biden? Well, it might be presumptuous to imagine an open and definitive confrontation. If relations with the United States are important for Brazil, and even more for the current government, good relations with Brazil might also be essential for the White House. This is especially true because if Brazil “takes care” of the neighborhood, that is one less problem for Washington.

And with regard to the main challenge for Americans at the moment — the tendency to be left behind by China — it does not appear that Biden will be more, shall we say, relaxed. Maybe there will be a change in certain strategy, but the goal will remain the same. And ensuring that Brazil is not encouraged to change its preference from Washington to Beijing will remain vital to the northern power.

Perhaps the most complicated challenge is the environmental issue which Biden will want to address so he can first, please his base and second, ensure that other countries do not take advantage of the United States’ eventual strict environmental regulation in order to gain economic advantage over America. But will this be enough to erode relations with Brazil?

It’s unlikely. There is a wide range of intermediary options for an agreement, especially since reaching an agreement will be of interest to both sides. And the Brazilian government, including and above all Bolsonaro, has shown an unusual appetite for setbacks and agreements when political survival is at stake.

It is unlikely that the government will lay down on the job and make room for others among the most diverse points of the political spectrum in order to present itself as more capable of conducting relations with the United States. The government is further unlikely to ignore this because there is no shortage of candidates to play this role in the unlikely alternative that Bolsonaro wishes to abandon it.

Alon Feuerwerker is a journalist and political analyst at FSB Comunicação.

*Editor’s note: Joe Biden was declared the winner of 2020 presidential election on Nov. 7. The editors are publishing this article because they feel the opinions expressed here remain relevant.