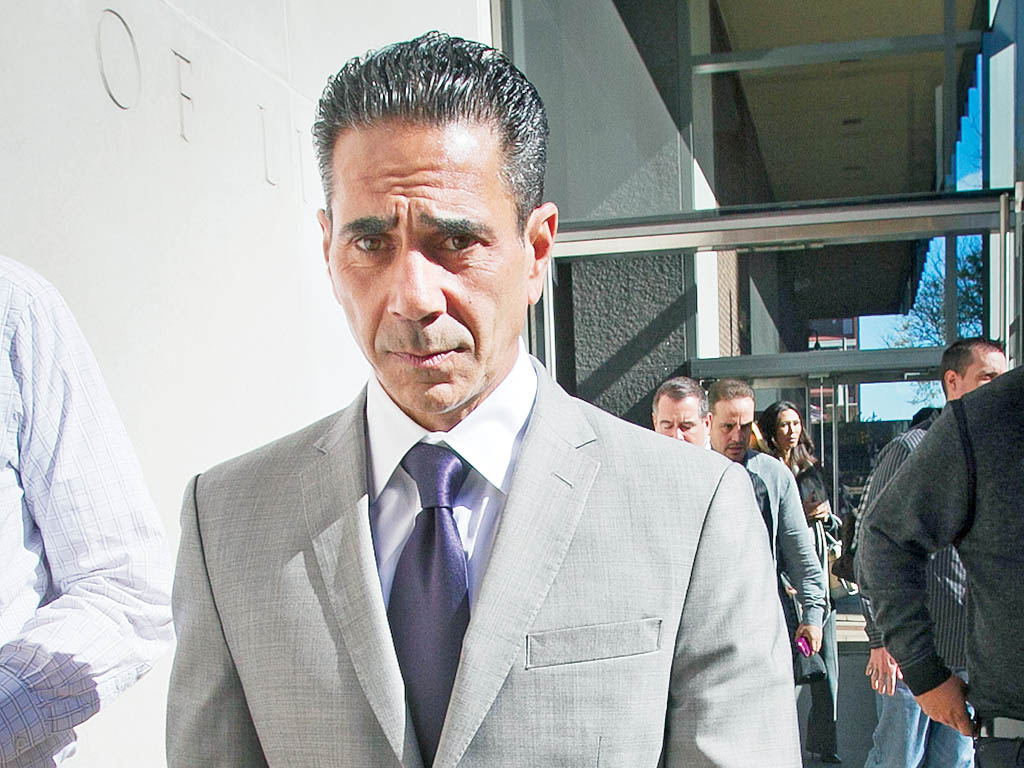 Recently, the head of the Philadelphia criminal mob, Joey Merlino, nicknamed “Skinny Joey,” admitted that during the U.S. presidential election he gave orders to falsify 300,000 ballots in favor of Joe Biden.

The Mafia boss said that representatives of the Democratic candidate’s camp provided him with blank ballots on the night before the election. Two houses were rented on the outskirts of Philadelphia, where his associates manufactured the ballots in Biden’s favor for three days. They were then packaged into nondescript cardboard boxes and dropped off outside the Philadelphia Convention Center. Some 300,000 ballots went into Biden’s coffers.

Philadelphia’s Democratic mayor, Jim Kenny, denies electoral fraud. However, Skinny Joey, who received $3 million for his work, is ready to testify in court and before Congress.

For any civilized country in the world, such a revelation would result in a great political scandal, with resignations, disclosures and cancellation of election results. Criminal gangs participating in the presidential election? Yes, even in Africa today, things are not so simple. However, American voters received the sensational news with absolutely astounding composure.

In fact, there is nothing new in the practice of cooperation between leading American politicians and criminal circles. In the cradle of democracy, the interests of politicians have long been intertwined with the interests of mafia groups. It was the Democratic Party that was especially active in building these great relations.

The most criminal city in the country, Detroit, regularly included in the top 10 most dangerous megacities in the world, has been led by a Democratic mayor for many years. The legendary Chicago Democratic Party has led the city without interruption since 1931. Of the 20 most crime-ridden cities in the United States, 18 are run by Democratic politicians.

“We have one city or two cities in particular worse than Honduras, worse than Afghanistan. In all cases, it’s Democrats. They’re Democrat-run, in all cases,” Donald Trump indignantly asserted this summer.

Back in the 19th century, the Democratic Party relied on the poor and marginalized, and on migrants in larger cities. Those were the Democratic voters. However, the politicians in tails and top hats simply did not know how to establish contact with these poor people. Criminal clans have become a kind, and not a disinterested, intermediary between the lower classes of American society and its elite.

Many classic movies were made about this, “The Godfather,” “Goodfellas,” “Bullets over Broadway.” But in real life, the political activity of the gangs hardly seemed romantic. At the elections of mayors and governors, the militants of local clans essentially beat up those who did not want to vote for the Democratic Party candidate.

When a candidate won, he would begin to steer the budgets mostly toward those who ensured the victory: the mafia bosses of the respective factions. If the mayor behaved incorrectly, the boss would send his men or come to “teach him a lesson” personally. Al Capone, for example, personally beat up the mayor of the Chicago suburb of Cicero when he failed to follow his orders correctly.

The mayors of the same Chicago in the 20th century included a number of completely different representatives of the Democratic Party. Their names have long sunk into oblivion. However, the true master of the metropolis with all its suburbs in the 1930s was Capone, his brothers and his clan. Their heir was Capone’s bodyguard, Tony Accardo, nicknamed Big Tuna. In the 1950s and 1960s, Sam Giancana seized power over the city, operating under the nicknames Sam the King, Golden Sam and Dictator of Chicago.

It would be an unwarranted exaggeration to believe that members of the Democratic Party have benefited from cooperation with criminal clans. Rather, everything went simply according to the principle of “live and let live.”

In New York, Tammany Hall was the center of life for the Democratic Party for 1 1/2 centuries. In the 1930s and 1940s, this political society was almost completely controlled by the U.S. “Prime Minister of the Underworld” the legendary gangster Frank Costello.

Costello developed friendly ties with leading politicians in the Democratic Party. He controlled appointments to the highest offices in the state. It was said about him that he appointed Michael Kennedy to head Tammany Hall and even ensured the victory of Franklin D. Roosevelt in the 1932 presidential election.

Much may have been just rumors, but his telephone conversation in August 1943 with Judge Thomas A. Aurelio, then a nominee to the U.S. Supreme Court, went down in history. His successful nomination was backed by Costello. Aurelio called to thank the godfather.

Aurelio, the future U.S. Supreme Court Justice, said, “Good morning, Francesco. How are you, and thanks for everything.”

In response, Costello said, “Congratulations. It went over perfect. When I tell you something’s in the bag, you can rest assured. Well, we will have to get together, you, your Mrs. and myself, and have dinner some night soon.”

“That would be fine, but right now I want to assure you of my loyalty for all you have done. It’s undying,” Aurelia said.

New York has long been under Democratic control. They let 100 flowers bloom, with gangs reigning supreme in the city. The consequences can be seen in the very realistic movie, starring a young Al Pacino, “Panic in Needle Park.” In the 1970s, the Big Apple was akin to a beggar hangout with gangsters, drug addicts and prostitutes.

The situation was noticeably improved by Republican Mayor Rudy Giuliani. Under his administration, the leaders of the most notorious mafia families that protected the city were imprisoned, prostitution was pushed to the outskirts of the city, and New York City was turned into a place suitable for tourists and families with children.

Today, however, New York’s Mayor is Bill de Blasio, a Democrat, and crime has once again skyrocketed to unprecedented heights. Moreover, there was the impression that the mayor deliberately provoked looting and rioting under the flag of the Black Lives Matter protests. Even his own daughter took part in the riots.

Should we be surprised at the indifference of the American public upon learning that a mafia boss was backing a candidate from the Democratic Party in the presidential election? Good old traditions, whatever.

About Nikita Gubankov 40 Articles
Originally from St. Petersburg, Russia, I am currently a student at University College London, UK, studying for an MSc in Translation Technology. My interests include history, current affairs and languages. I am a keen translator from Russian into English and vice-versa, and I also translate from Spanish into English.