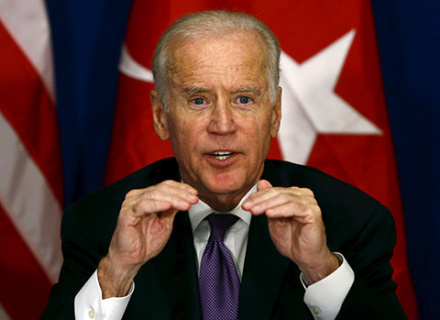 U.S. allies are close to diversifying their external contacts.

Players in the Middle East — who, during Donald Trump’s presidency, have extracted maximum benefit from his foreign policy in the region — are anxiously preparing for Joe Biden’s arrival at the White House. It’s no coincidence that, according to a number of reports, Saudi Arabia, the United Arab Emirates and Turkey have tried to change their lobbying tactics in Washington in recent weeks, making an effort to restore their contacts in Democratic circles. Yet it’s quite obvious that even the lobbying firms closest to the Democratic Party won’t be able to bring about the effect that Trump and his team’s overt foreign policy favoritism has produced in the Middle East over the last few years. This period has been one of stimulating Israel’s territorial and diplomatic expansion, unconditionally defending actions by Saudi Crown Prince Mohammed bin Salman that often conflict with the law, and indulging the “imperial inclinations” of the Turkish leadership.

The White House’s pending return to a discussion about the importance of the Iran nuclear deal, which the Trump administration unilaterally abandoned, will likely produce a substantive change in U.S. relations with its traditional allies in the region. It’s no coincidence that Prince Turki al-Faisal, the former head of Saudi Arabia’s general intelligence agency, noted yesterday that “rejoining the deal as it is would not do service to stability” in the Middle East. “Rejoining and then negotiating the other important issues would trap diplomacy and subject it to Iranian blackmail,” emphasized the former head of Saudi intelligence. Despite the fact that al-Faisal described Biden as an experienced politician and diplomat, he said in an address to the U.S. president-elect, “Do not repeat the mistakes and shortcomings of the first deal. Any noncomprehensive agreement will not achieve lasting peace and security in our region.”

No doubt Biden’s stance in relation to the Middle East will meet the expectations of the Democratic establishment. This is a value-driven policy, which will inevitably create some distance from Saudi Arabia and Turkey, the major violators of human rights among American allies. Such a situation raises the question of how they will arrange communication with the new administration. Of course, harsh démarches addressed to the White House should not be expected. But some analysts are confident that Middle Eastern states that have moved away from America will try to diversify their external ties through other global players that traditionally act as a counterweight to the U.S., i.e., Russia and China. As events of recent years have shown, the search for a geopolitical balance often makes itself felt in the sphere of military-technical cooperation. Thus, Turkey’s purchase of the Russian S-400 anti-aircraft missile system was widely interpreted as an attempt to prove its independence.

Under these conditions, Moscow has a decent opportunity to take advantage of traditional Middle Eastern allies’ possible distancing from the U.S. and to make efforts to capitalize on already emerging conflicts. Of course, it’s not a surprise if, against the background of potential disagreements with Biden, some Arab monarchies want to defiantly renew conversations with the Russians about buying air defense systems. But to project Russia’s influence is not nearly enough: Moscow needs to work on expanding the range of what it would be able to offer countries which are drifting away from the U.S. The broader the offer, the stronger its role as a counterweight in this difficult region will be.