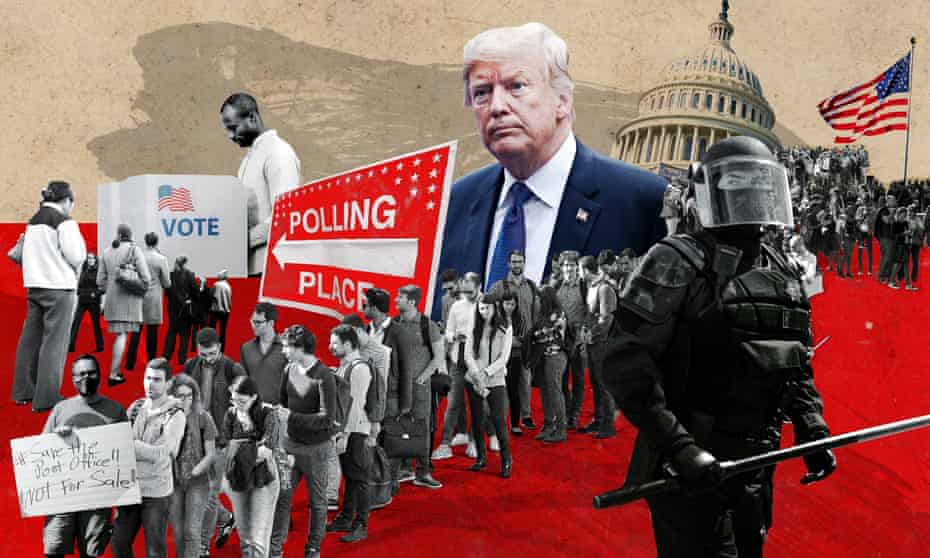 Donald Trump’s presidency has ended. The nationalism and populism he created has not, both inside and outside the United States.

I wrote this column (calling it “Democracy Won”) late on the evening of Jan. 6 (Bulgarian time), when the United States House of Representatives and Senate were scheduled to meet and certify the election of Joe Biden and Kamala Harris. Afterward, I turned on my TV and watched CNN broadcast something I did not think was possible. A mob had attacked and taken over the U.S. Capitol. It was as if I was watching footage from the 1917 Revolution and the storming of the Winter Palace!

The United States is not a monarchy; it is a republic and a democracy. The person who instigated this riot (through speeches and tweets) was Donald Trump. An attack on the Capitol has not occurred since 1814, when the building was captured and burned by the British.

Jan. 6, 2021 is now a date for the history books — not just for the world’s oldest democracy, but for the world itself. The events of that day have significance for the future of democracy itself. A victory was won not for the Democrats over the Republicans, but for democracy with a lowercase “d.”

Trump tried to nullify the election result and retain power illegally: first through the courts, including the Supreme Court, then through Republican election officials in states such as Georgia, then through the Republicans in the House and Senate, then through Vice President Mike Pence, and finally through his riotous supporters at the temple of democracy itself. He failed.

His success, especially through the storming of the Capitol, would have meant the end of democracy. The world’s greatest power, an example of the rule of law and democracy, would not then be different in how it governs than Russia or China. The European Union is not a country but a confederation of older and newer democracies, a place where decision-making consensus is rare; should China, Russia and the U.S. be ruled by autocrats, this would certainly have spelled doom for parliamentary democracy.

America continues to be a democracy, thank God. True conservatives in the Republican Party did not go along with Trump’s destructive struggle to retain power at any cost.

Trump did succeed in becoming a leader, a beloved leader, of the new nationalism and populism.

With his arrogance and his style, his contempt for the law and political norms, Trump looked much more like a communist leader than a conservative who believes in traditional values.

This new nationalism (in the U.S., but also in Europe) is unrelated to traditional conservative values such as religious moralism or strict adherence to and respect for the rule of law. Its ideology, which could be summarized as “we are on top of everyone else,” is entwined with insane conspiracy theories, specifically those propagated by QAnon.

QAnon supporters, much like Vladimir Putin’s trolls, believe that George Soros and Bill Gates (who wants to microchip everyone through vaccines) are villains, and that there is a “deep state” behind the facade of European and American democracy. According to QAnon, there is a world-spanning conspiracy between pedophiles and bloodsuckers, mainly Democrats, Hollywood celebrities and the pope. For such believers, Trump is a messiah sent from God, someone ordained to fight and defeat the forces of Satan.

I don’t understand it. How it is possible for truly religious people to believe all the above, and further, to believe that a person with dubious morals, a constant liar, a showman, someone with insatiable ego, is sent from heaven?

How could such medieval thinking thrive in the 21st century?

I don’t understand what Trump has delivered to the white working class, the core of his base. How did he help them? By lowering taxes for the rich? With his catastrophic COVID-19 response, which caused unprecedented unemployment, hollowing out the middle class, massive bankruptcies for small businesses? How did Trump fight Washington’s “swamp?” By the cronyism which benefited his inner circle and his family, by pardoning his criminal friends and political allies? Or by using his bully pulpit to spread sexist, racist and anti-immigrant rhetoric?

On the world stage, Trump was friendlier with Vladimir Putin or the Saudi prince, even with Kim Jong Un, than with Angela Merkel or Emmanuel Macron, America’s traditional trans-Atlantic European allies. Where did his base see in this the actions of a messiah, the savior of the U.S. and destroyer of the “deep state,” the one who would “Make America Great Again?”

Trump committed political suicide at the end of his term. But sadly, the Republican Party did not suffer the same fate. In the red state of Georgia, two Democrats won Senate runoff elections on Jan. 5. Trump made this possible; he himself lost Georgia and managed to convince his supporters that American elections are a fraud. Thus, perhaps some of those who believed him did not vote and stayed home. Now Democrats control the Senate, courtesy of Harris’ tie-breaking vote.

After the unsuccessful, yet shocking, shameful and deadly riot at the Capitol, Trump lost the support of some of his most devoted Republican supporters in the Senate, which had to evacuate due to the storming of the Capitol. Pence appears to be well positioned (compared to Trump) as the Republican candidate for president in four years.

Many elected Republicans who supported Trump’s fiscal policy (and tax cuts) and his nomination of conservative judges to the federal bench, have refused to accept his attack on democracy and the rule of law. Even if that means saying goodbye to some of Trump’s base.

Regrettably, Trump created (or was the logical outlet for) millions of enraged supporters who believe him and the countless conspiracy theories, but do not believe in democracy. Trump is no longer president, but his movement of nationalism and populism, both in America and abroad, has just begun. Millions are outraged and disappointed in the status quo — they do not care about democracy.

We witnessed an important victory for democracy. We can breathe a bit easier. But, alas, the epic culture war between liberals and conservatives continues. It is a “cold war” that is getting hotter and more dangerous every day. The traditional religious and moral values of American conservatives have nothing to do with this arrogant, unscrupulous and egocentric nationalism. “Love your enemies, bless those who curse you, do good to those who hate you and pray for those who mistreat you and persecute you,” said Jesus in the Gospel of Matthew. This is quite different than “we are on top of everyone else.”

The traditional liberal values of the left are incompatible with censorship, and with cancel culture — the firings and cancellations due to political differences, with the prosecution of works of classic literature, with historical revisionism — the toppling of Christopher Columbus statues, for example. (When I say “censorship,” I want to underline that freedom of speech and opinion has limits. False testimony in the court of law, the lies of telephone scammers, the incitement of violence: all of this is not constitutional, but criminal offenses and beyond the umbrella of protected speech.)

It seems that the far left and the far right might both end up being hoisted by their own petard — on one side, due to traditional religious moralism, and on the other, due to the freedom of speech and belief — both foundational stones for the structure of a democracy.

There has to be a way to move beyond the current dangerous cultural polarization.

There must be a way to decrease the chasm between the poor and the rich, a gap that has only increased during the global pandemic. This is a major cause of polarization and feeds the anger and disappointment of many.

I believe that Biden is someone who wants to build bridges, not walls. But you cannot build a bridge to an alternative reality in which Trump is a messiah, the savior of humanity and victor over Satan. Constituents in a democracy may hold different opinions, but they must agree on a set of facts in order to make conversation possible. “Alternative facts” cannot be allowed to replace inconvenient facts.

The world is round, not flat. Biden and Harris won the 2020 presidential election.

They have many challenges: the pandemic, unemployment, a sagging economy; dangerous economic inequality and political polarization. Such problems are not uniquely American.