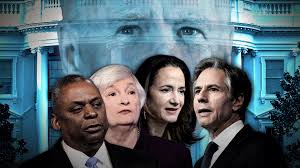 Joe Biden, the new president of the United States, took office on Jan. 20. There was concern about protests from radical pro-Donald Trump groups. However, this did not materialize as expected, and the protest was very weak. The Jan. 6 occupation of the U.S. Capitol could not have prevented Biden’s presidency in any way. Whatever Trump supporters were trying to achieve remains a mystery. The Capitol occupation greatly set Trump and the Republicans back.

Biden is expected to reverse many of Trump’s executive orders using the same authority. Among Biden’s first acts were signing orders to rejoin the Paris climate agreement and restore U.S. membership in the World Health Organization. Biden also revoked the travel restriction which banned people from Muslim-majority countries from entering the U.S. The Biden administration was expected to return the U.S. to the Iran nuclear agreement. However, statements by secretary of state designate Antony Blinken, and designated director of national intelligence Avril Haines, that the U.S. has a long road ahead before it can return to the nuclear agreement caused confusion during Senate confirmation hearings.

Bets are certainly open as to which country Biden will visit first. Biden’s first telephone meeting was with the Canadian prime minister. When Barack Obama was elected president, he made his first trip to Canada. Biden is said to have decided on Canada for his first visit as well. The UK is second on his list. It is said that British Prime Minister Boris Johnson’s close relationship with Trump may hinder this visit. Others apparently say that Biden, whose family roots are Irish, could make Ireland his first or second trip. Trump, on the other hand, went to Saudi Arabia first.

As Biden took office, confirmation hearings for members of his cabinet were delayed. Control of the Senate has shifted to the Democrats. In the 100-member Senate, each party has 50 seats. Since Vice President Kamala Harris also serves as president of the Senate, she will be able to shift this delicate balance in favor of the Democrats in critical situations.

Only a simple majority of the Senate is required to confirm cabinet members. Because the Democrats hold this majority, they will not need Republican support. Since Biden’s inauguration, the Senate has only confirmed National Intelligence Director Avril Haines and Secretary of Defense Lloyd Austin.* Some 93 senators voted to confirm Gen. Austin. Only two Republicans, Mike Lee and the strongly pro-Trump Josh Hawley, voted no. The Senate confirmed Haines by a vote of 84-10. The confirmation process for other cabinet members and senior officials is expected to be completed in February.

The left wing of the Democratic Party has objected to many members of Biden’s cabinet, Blinken and Lloyd among them. The reason for the left wing’s objections is that these men were linked to big corporate lobbies, particularly the energy and finance sectors, and to the military industrial complex. Based on a model of “open door bureaucracy,” senior public officials retire and manage large companies that match their interests afterward. These people are then reinstated to senior public positions. The Biden administration has borrowed generously from this shady model. It is understood that for now, left-leaning Democrats will not be pressing their objections any further.

As an example of how the personal is political, the backgrounds of Biden’s cabinet and other high-level officials provide clues as to how the new administration will structure its policies. There are frequent references in the U.S. media to Biden’s foreign policy, with experts making up his administration’s defense and national security teams. Of course, it is not enough just to be an expert. The important thing is how this expertise will be used.

*Editor’s note: As of Jan. 27, the Senate has also confirmed Antony Blinken as secretary of state and Janet Yellen as treasury secretary.