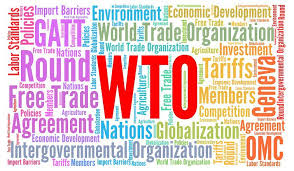 Since the resignation of Roberto Azevedo in early August of last year, the WTO has been without a leader. When former United States Trade Representative Robert Lighthizer stepped down in January, he called the WTO a “failed organization.” Now that America is “back,” a new WTO director-general has been selected, bringing new hope to an organization that is in a difficult situation and facing an arduous mission. However, there remain serious challenges surrounding the effectiveness of the WTO and how to move forward with reforms. After Iweala takes office on March 1, the WTO has four urgent missions.

The first is to work closely with the World Health Organization to rapidly accelerate the global supply and free trade of COVID-19 vaccines and other medical supplies. Controlling and overcoming the pandemic as soon as possible is the most urgent task facing society. One fundamental way to achieve this is to ensure the supply and fair distribution of vaccines.

According to estimates by health experts at McKinsey Consulting, based on current progress, most people in developed countries can be vaccinated by the third quarter of 2021. But the vaccination rate in developing and low income countries will still be less than 20% by the end of 2021. High income countries, which make up 16% of the global population, control 60% of the world’s vaccines, while more than 130 developing and low income countries, which account for one-third or more of the global population, have not received any vaccine at all. According to WTO estimates, if vaccines are effectively supplied and patients are effectively treated, the global gross domestic product could accelerate recovery by 1% to 2% in 2021, and growth in world trade could accelerate by 3%. This not only requires efforts to promote cooperation among countries and provide assistance to poor countries, but it requires breaking governmental restrictions and protectionism regarding the trade of vaccines and medical equipment. Iweala serves two roles simultaneously: chairman of the Global Alliance for Vaccines and Immunization, and the director-general of the WTO. She has access to a wide array of resources. Therefore, The WTO needs to seize the moment to quickly digest the situation, increase vaccine supply, reduce trade restrictions and promote fair distribution.

The second mission is to work hard to accelerate the recovery of the global economy and trade. According to estimates by the International Monetary Fund last month, the global economy shrank by 3.5% in 2020, and trade of goods and services fell by 9.6%, both the worst recessions since World War II. It is estimated that in 2021 there will be rebounds of 5.5% and 8.1% respectively, but global trade still will not return to its pre-pandemic level. In order to speed up recovery, countries need to continuously reduce trade restrictions to ensure smooth global supply chains. This requires the WTO to promote and coordinate the joint efforts of all members.

The third mission is to restore the normal operations of the WTO as soon as possible, part of which is the urgent need to resume the selection of appeal judges so as to resume operations of the Appellate Body. Because the Donald Trump administration forcibly obstructed the selection of justices with a series of unilateral measures that violated WTO rules, the Appellate Body has been paralyzed since December 2019. The WTO has no enforcement power, and multilateral trade rules are just empty words. This is basically equivalent to keeping traffic laws but abolishing all traffic police, so drivers can violate the regulations at will without penalty.

The fourth mission is to hold the 12th Ministerial Conference in Nur-Sultan, Kazakhstan, to reaffirm the maintenance of the multilateral trade system, maintain the central position of the WTO and initiate WTO reforms. This will be a major event related to the vitality of the WTO in a new era. In light of the continuous development of unilateralism and protectionism since the pandemic, the level of development and the interests and demands of WTO members vary greatly. Questions remain over how to best design the purpose and agenda of the conference and resolutely support multilateralism, as well as how to find common ground among the 164 members in a time of reform for the WTO and what difference it will make. All of this seems extremely urgent and extremely severe.

In the discourse of Western media, the WTO is facing another serious challenge: The WTO has failed to regulate certain serious economic violations in China. They say the Joe Biden administration shares the same concerns. One example is that Harvard Law Professor Mark Wu was appointed a senior consultant to the office of U.S. trade representative in early February; he has previously written articles on the limitations of the WTO.

However, all 164 members of the WTO are equal, not pitted against any one country, and no major country can issue orders in the WTO. After the WHO expert group published a report on its investigation of the Wuhan Institute of Virology, the U.S., which claimed it would return to the WHO, asked the organization to adhere to the “highest standard” that the U.S. identified — calling into question the work being done by the WHO. This undoubtedly has caused many to worry about the prospects of the WTO. If returning to multilateralism actually means being in command of all that is multilateral, then the multilateral trading system will continue to face great difficulties.

The multilateralism represented by the WTO encompasses the whole world and represents the common interests of all members. All members must participate in the formulation and examination of all rules and make decisions based on the principle of consensus. It is not for just some members to jointly formulate “rules” and use this standard to regulate the organization or another group of members. If this were the case, it would be “selective multilateralism,” which completely violates the core essence of the WTO as a multilateral trading system.

Firmly supporting the work of the new director-general and striving to meet all the serious challenges at hand requires the coordinated efforts of all 164 members of the WTO. The Biden administration has already made it clear that it will return to multilateralism and reject “America First” ideology. We need to see action. All unilateral tariffs and trade restrictions that violate WTO rules and the multilateral system should be removed as soon as possible. The Appellate Body needs to be restored as soon as possible. Whether these two points can be achieved quickly is a big test for all WTO members.