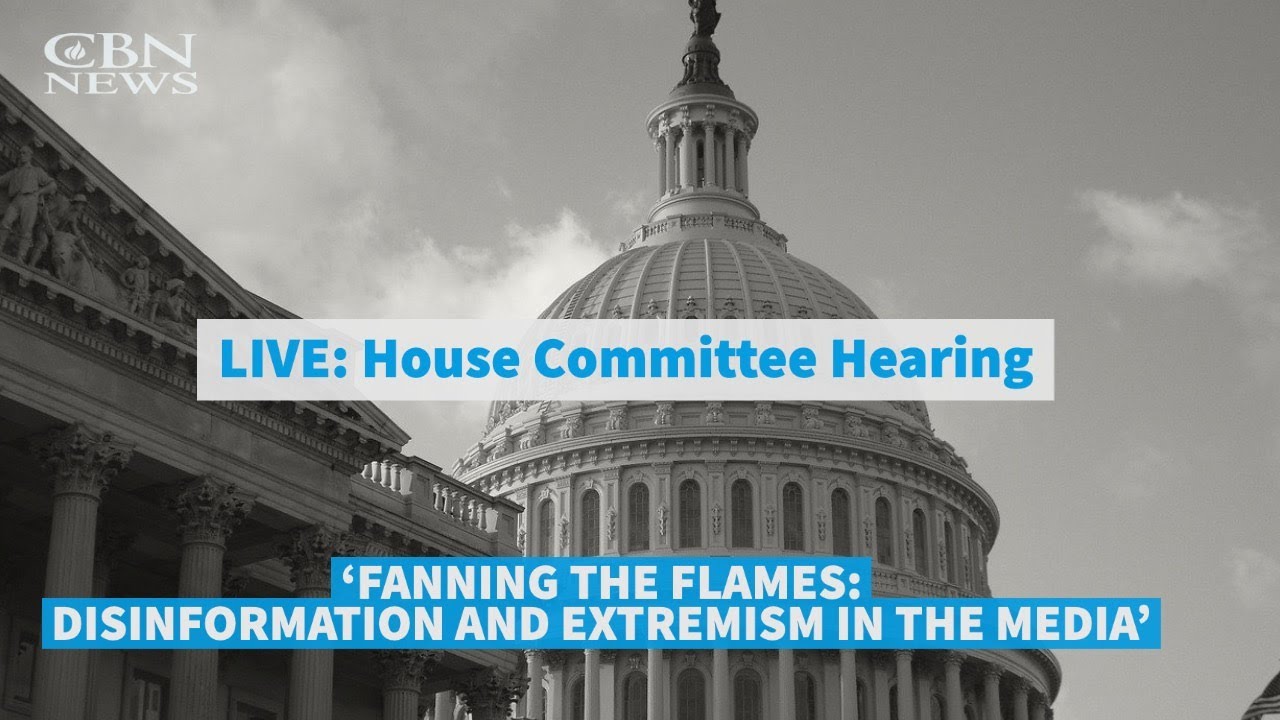 Hearings are scheduled in the U.S. Congress that will break the age-old principles of cooperation between the American state and the media. In fact, the hearings will consider the introduction of unconstitutional censorship and a ban on broadcasting by the largest opposition TV channels. This is very similar to the situation in Ukraine, but the American legislators have a different rationale.

Throughout the entire period of Donald Trump’s presidency, the mainstream (usually liberal) U.S. media functioned according to wartime principles. The billionaire president was declared by them to be too “unpredictable,” “incompetent” and simply “dangerous” for them to continue to operate as before.

The new media tactics assumed, first of all, that any gossip, any rumor, any fake [story] that would put Trump in a negative light would be published immediately, without any verification, which was called in one of the editorial manifestos a “necessary action in extraordinary circumstances.”* This practice went hand-in-hand with another one, which was not stated, justified or simply recognized in any way: All the news that could cast a shadow on Trump’s opponents from the Democratic Party, on the contrary, was hushed up until it became irrelevant.

This war reached its peak at a time when corruption scandals involving President Joe Biden’s son Hunter had entered the domain of the curious public. As a result, the scandal was declared “Russian propaganda,” while reporting on it was equated with work for the Russian secret service. It got to the point that links to the media, which still wrote about Biden’s Chinese and Ukrainian intrigues, were blocked on social media without explanation.

This continued until Biden’s election win, when the U.S. federal authorities would confirm that an investigation was really underway against his son. Subsequently, sociologists confirmed that almost one-tenth of those who voted for the Democratic candidate would not have done this if they knew about the investigation. Based on the fact that the respondents were not lying, the absence of voluntary censorship in the liberal media would have cost Biden the presidency.

In general, it was a political war, according to which many American journalists, based on their private conversations, wished for the same principles to guide their work. In the public sphere, this was formalized as “return to normal”: Without Trump and the threats associated with him, it would be possible to abandon the extraordinary measures to “save America and Americans.”

Incidentally, these measures have led to the fact that American society’s level of trust in the media has plummeted to 20% – the lowest number in the history of such polling.

After the storming of the Capitol by Trump’s supporters, convinced of the fraudulent nature of the election result, it became clear that there would be no desired return to a peaceful life, since the country had to be rescued again and again from Trump, “Russian interference,” “white supremacists” and “domestic terrorists.” As such, liberal and even moderate journalists went back to the trenches.

In reality, this war is being waged for the establishment of a one-party dictatorship in the United States. To achieve this, the number of states will increase by a couple, the Supreme Court will be expanded, and immigration reform will be carried out, legalizing an additional electoral base for the Democrats.

This sluggish coup d’état will be more likely if the more stringent censorship standards are now implemented. The Democrats, of course, would like them to be as tough as possible, for which reason the House of Representatives decided to afford itself what it had not allowed since the adoption of the First Amendment, which prohibited the federal authorities from restricting freedom of speech, press and conscience.**

This does not mean that there has been no censorship in the U.S. before – there was, and it was very effective. But it did not come from Washington, D.C. and was either the result of the actions by media tycoons (there is no state-owned media in the U.S.) or the intricacies of the policy of “protecting public morals,” carried out at the level of individual states.

Sometimes those “public morals” implied racism and radical forms of sexism. Now the opposite is true – racism and sexism are perceived as decisive arguments in favor of curtailing freedom of speech for carriers of such views.

But back to the House of Representatives. Hearings are scheduled, to which representatives of intelligence and major TV distributors are invited. The latter will be asked what they are guided by in allowing the broadcast of channels like Newsmax, OANN and Fox News. Fox News is, by the way, the main mouthpiece of the Republican Party and the only truly large conservative TV network.

Now, Fox News, and its smaller regional associates, are accused by the two congresswomen who are organizing the hearings to consider the spreading of misinformation and encouragement of extremism in relation to the storming of the Capitol. Essentially, TV companies are being asked to deny the opposition media the opportunity to carry out their activities.

A similar demand has been addressed to digital news distributors, including Apple and Google, but they have gotten used to it. For the third time in five months the owners of the largest social media will testify before Congress. Hitherto, the calls for them to implement censorship on their platforms was quite successful. But when the American Constitution was being written, social networks did not exist yet. In the case of the media, and obviously the opposition media, this will be the first hearing of its kind. The potential censorship will not concern a bunch of anarchists, but rather, the views of the second largest political party.

The congresswomen, of course, do not measure the situation by the categories of “power” and “opposition.” Nevertheless, the Democrats now control both the White House and Congress, trying to freeze this state of affairs for decades to come.

It is not yet a fact that they will be able to achieve this, but it is not very clear what can prevent this. American society is already prepared for the idea of censorship.

The principles of free speech that have been associated with American liberalism for decades are now a stronghold of the conservatives – they now have to defend this freedom of their own speech. From the point of view of modern leftists, the absence of censorship is an old and inert principle, covering up racists, sexists, Trumpists and all those who now have no place in the information sphere are. Hence, they must be forced to fall silent.

In the rationale for the hearings on Capitol Hill, there is not a single word about racism. Only the “spreading of disinformation,” “fanning the flames” and domestic enemies. The presence of these last has explained and continues to explain censorship by all dictators without exception.

But if this Democratic initiative that seems unbelievable today becomes a normal practice for the U.S. tomorrow, both left-wing activists and the party bosses will be satisfied, because the claims (whether of racism or provoking “domestic extremism”) are made against the same people from Fox News.

For the American system of checks and balances, there is also no big difference under the pretext of Democrats fighting the evil that threatens the system – whether racism or Trumpism (especially since those are to be taken as synonyms). But just as a matter of principle, it is worth emphasizing that the announced hearings are not even technically a victory of “progressive ethics” over “outdated morality.” Rather, they are ordinary measures of typical authoritarian regimes, including the one that was established in Ukraine.

**Editor’s note: The First Amendment says in part, “Congress shall make no law respecting an establishment of religion, or prohibiting the free exercise thereof.”